One of the things I try to do in a city I’ve never visited, is to go to the highest point to take in the view. Several cities around the world have funiculars, or cable rail cars that run on a fixed path, up and down steep hills. In most cases, these quirky, old rail cars were designed pre-automobile and — I can only imagine — became a welcome alternative to making the trek on foot.

I just found this video clip that I shot in Bogotá, Colombia. It takes you on the Monserrate Funicular, which climbs the Cerro de Monserrate, one of the steep hills that surrounds the city. I love that the film starts in a tunnel and as the opening approaches you see the landscape open up, and the city fills the sky.

Take a ride on the Monserrate funicular:

And here’s a photo of the view: 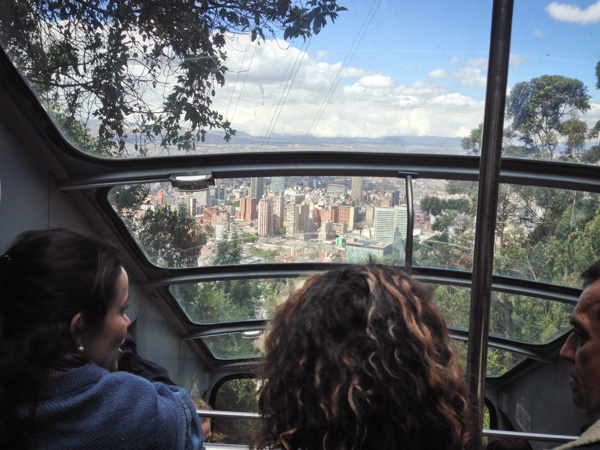