You can learn a lot about a place by seeing where people get their food. For that reason, one of my favorite things to do when I travel is visit grocery stores and local fresh food markets. This is especially true in cities like Paris, where fresh ingredients are an important part of the local cuisine.  When we visited last spring, I was excited to find a weekly Paris farmer’s market just down the street from our apartment in Ménilmontant.

Every Tuesday and Friday morning, the Belleville-Ménilmontant Farmer’s Market (La Marché Belleville-Ménilmontant) stretches out along Belleville Boulevard, connecting the two communities’ namesake metro stations. It’s only a half a mile walk from end to end, but that narrow space gets packed tight with vendors, shoppers, and their bulky rolling market carts. 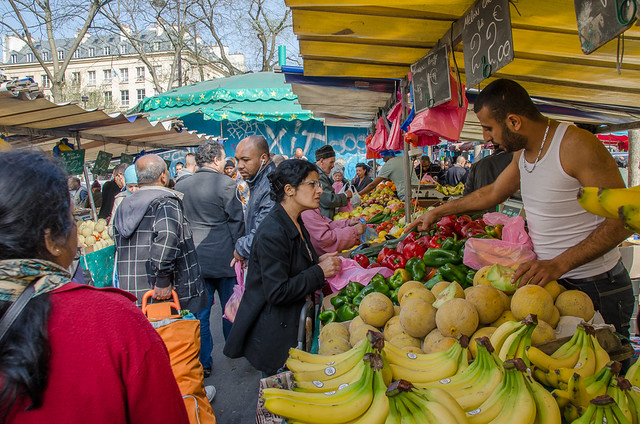 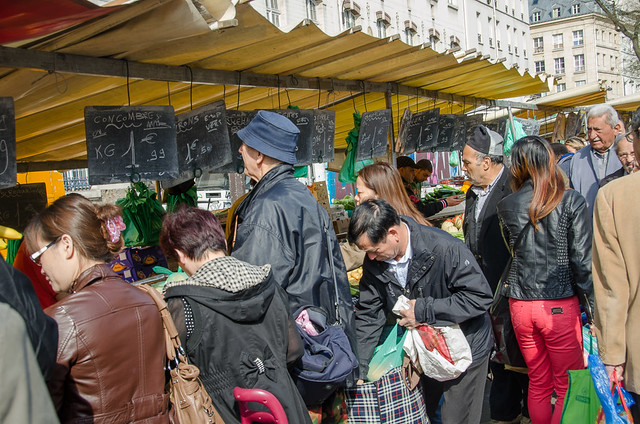 These East Paris communities are some of the most ethnically diverse in the city. They are home to large Chinese, North African, and West African communities. French was everywhere, but Arabic and Chinese occasionally punctuated the conversation. 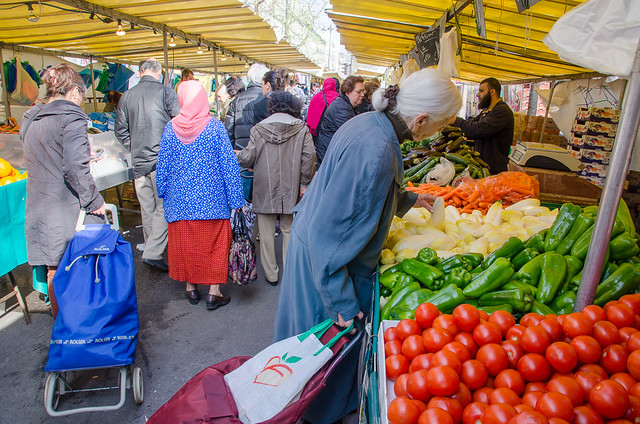 While the fresh ingredients available weren’t much different from the farmer’s markets I’m used to here in the US, there were a few interesting varieties and some were more elegantly displayed. 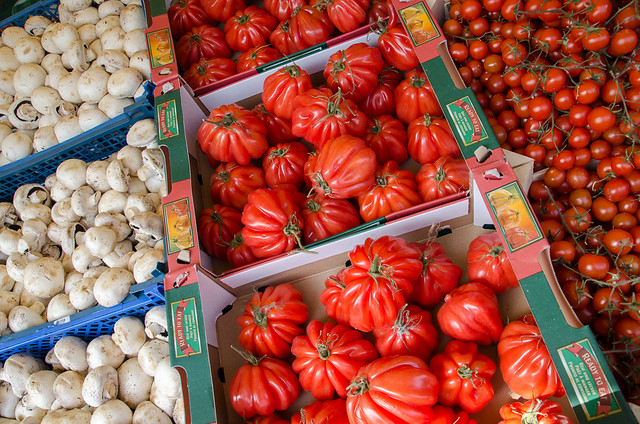 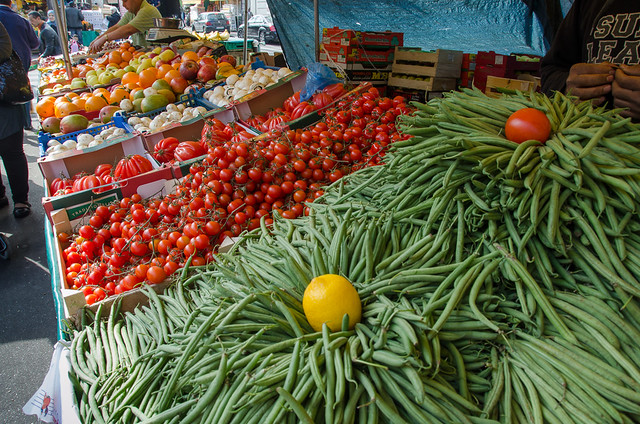 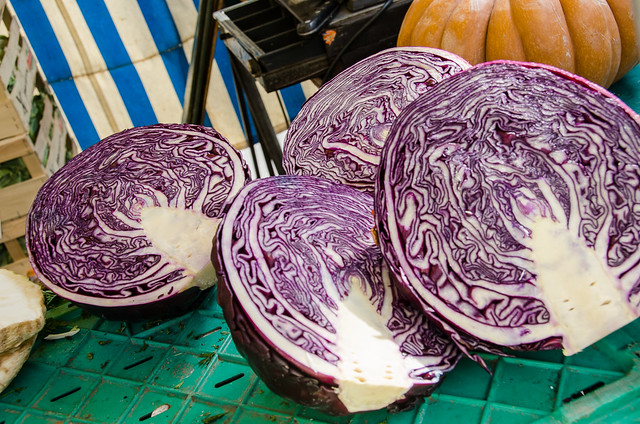 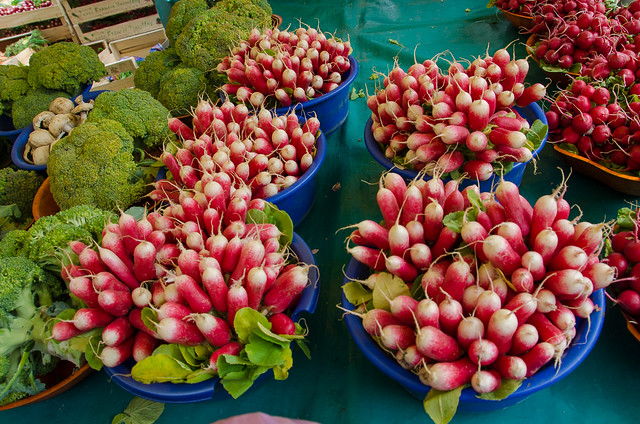 There were regionally popular ingredients, like a massive pile of fresh mint popular in North African and Middle Eastern cooking. It was incredibly fragrant and walking by it made me crave a cup of fresh mint tea. I wound up buying a bunch — a steal at only about 75 cents. 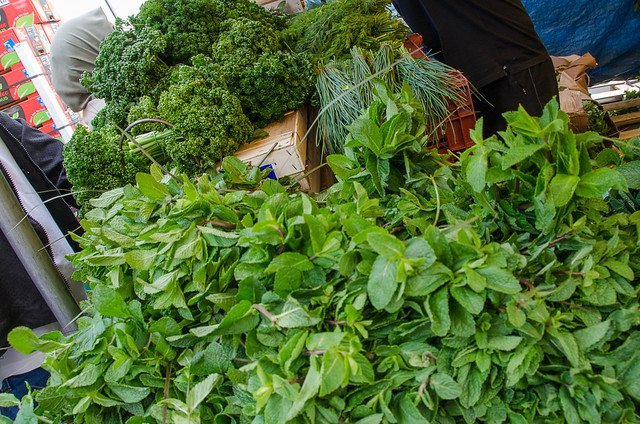 There were a few colorful cheese stands, lovely and rustic in their lack of refrigeration and plastic wrap. 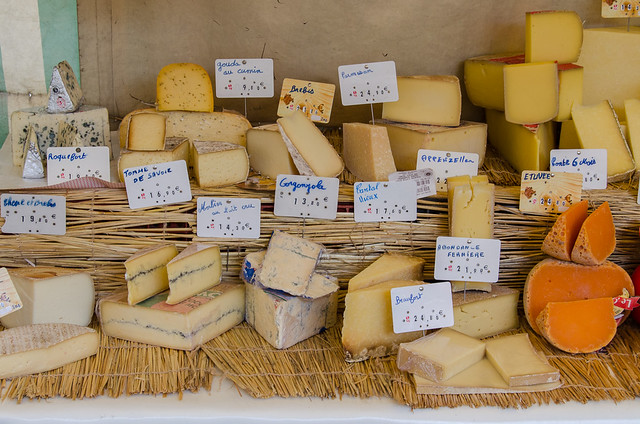 And there was lots of fresh seafood and meats. 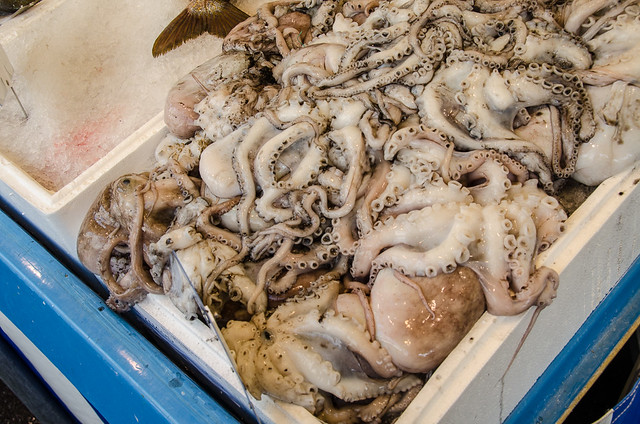 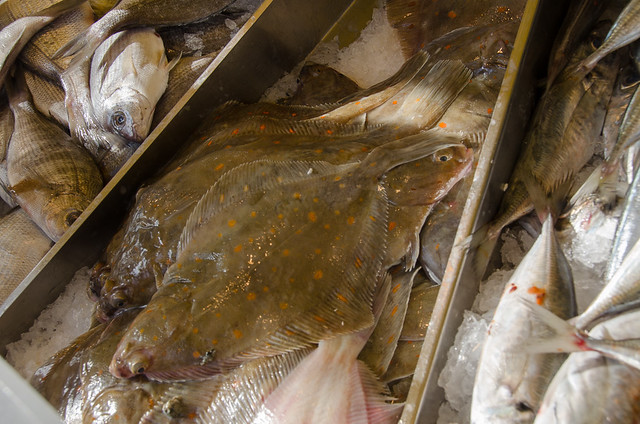 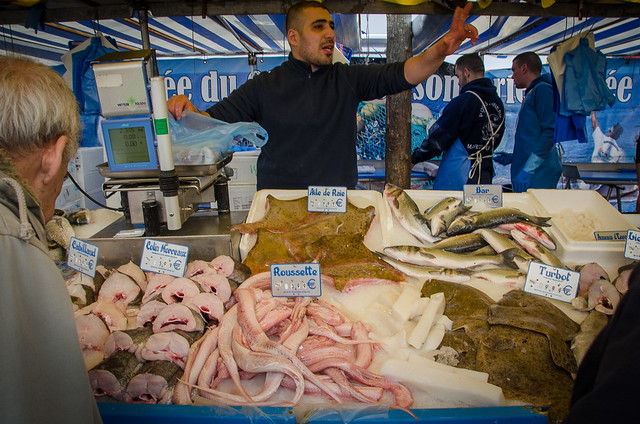 I’m pretty sure I was the only tourist at the market that morning, and it was hard to sink into the crowd with my big camera and relatively leisured, curious pace. While I tried to be discreet and avoid holding up the crowd, my attempts to take pictures elicited a few unwelcome stares. But can you blame them? The shoppers were just trying to get their food and move on with the day.

I’m very shy and usually take few photos of people when I travel, but it’s something I am working to overcome. My preferred technique is always to ask people before taking forward facing photos. Every single older person I asked turned me down, but the younger vendors were much more open to the idea. 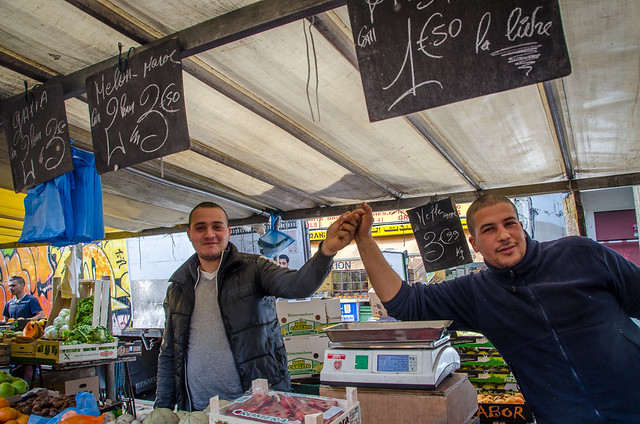 In fact, this guy saw the camera and asked ME to take his photo! 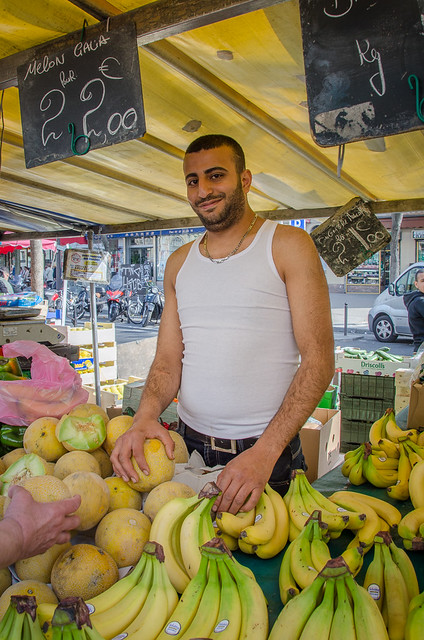 In addition to produce, many other everyday items were available for sale at this market. Kitchen utensils, clothing, and housewares were available. Some were strung up and anchored to these cast iron water fountains. 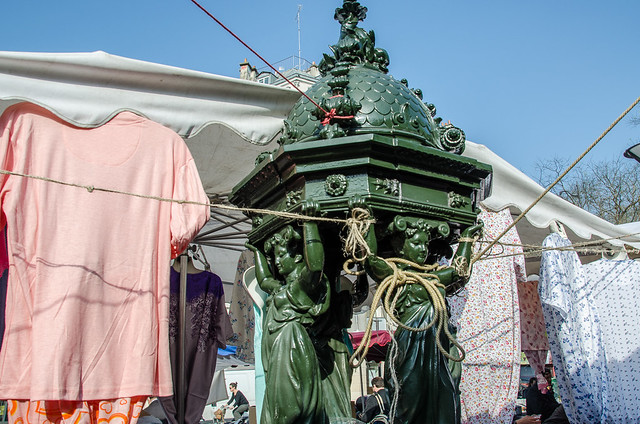 I was particularly fond of these colorful North African hair wraps… 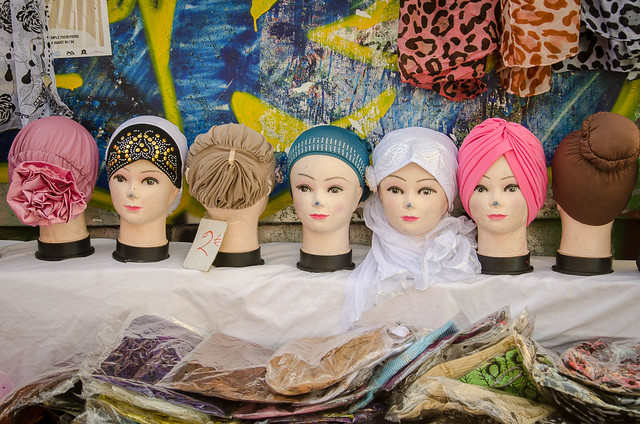 And these vibrant and glittering embroidered dresses… 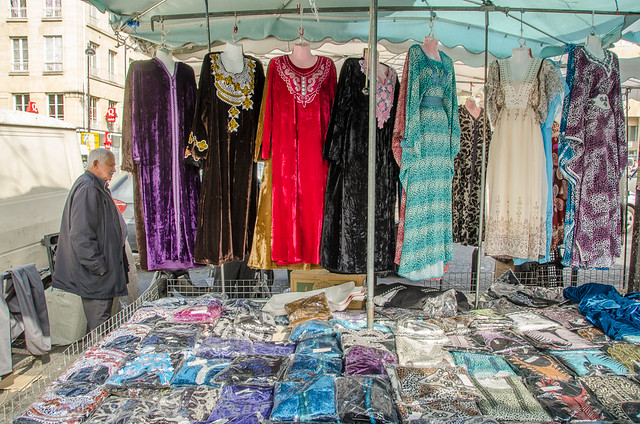 And male shoppers were not left out — everything they need was available, though the styles leaned a little… well, elderly. 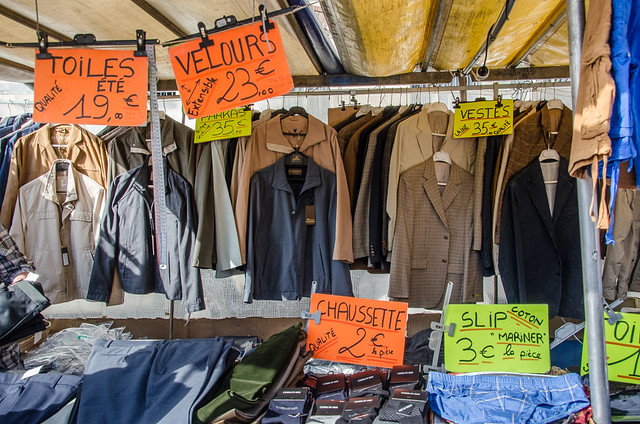 But my favorite friend of the day was a little dog at the market guarding the vendor’s colorful roles of contact paper. 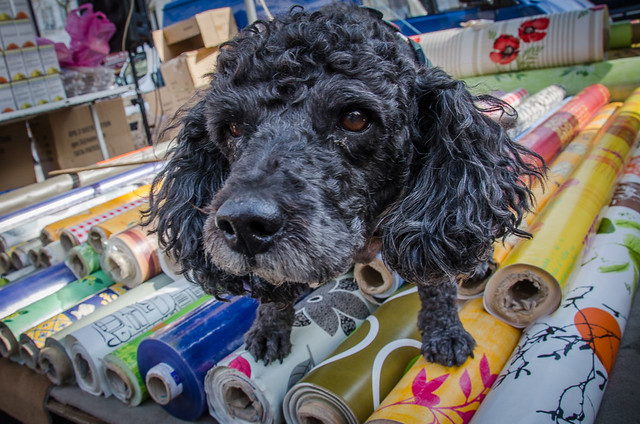 One of the  benefits of staying in a rental apartment is that you have a kitchen to cook for yourself.  I didn’t intend to buy much at the market, but it all looked so beautiful, I couldn’t help myself.

Here is a photo of my haul, all of which only cost about $10:

This post is part of the Friday Postcards travel inspiration series at Walkingon Travels.