There are hundreds of places to stay in London, but it’s hard to find an affordable place that isn’t small, dark, and depressing. There is no shortage of those places on the lower end of the hotel market, as you’ll learn from doing any booking search. As I’ve noted before, I’m a little picky about where I stay in recent years, especially because I spend more time in the room doing things like internet research, backing up photos, and writing blog posts than I have in years past. We recently stayed at the Umi Hotel London and were quite pleased with the experience. 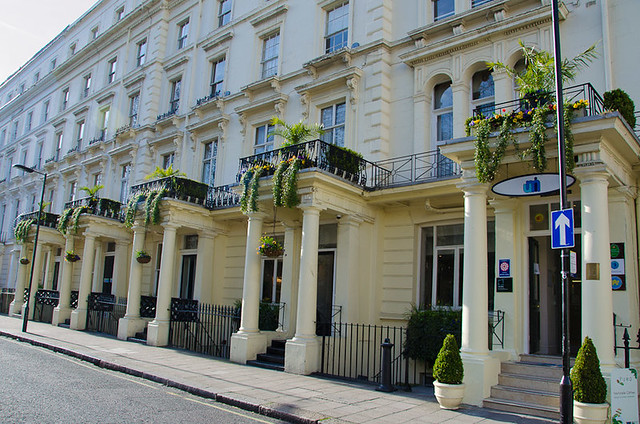 The main entrance to the hotel. Our room was five windows to the left of the front door.

The hotel is located in the Borough of Kensington, which is an affluent neighborhood a short walk to Kensington Gardens, Hyde Park, and Notting Hill.  I felt very safe walking around, even late in the night. 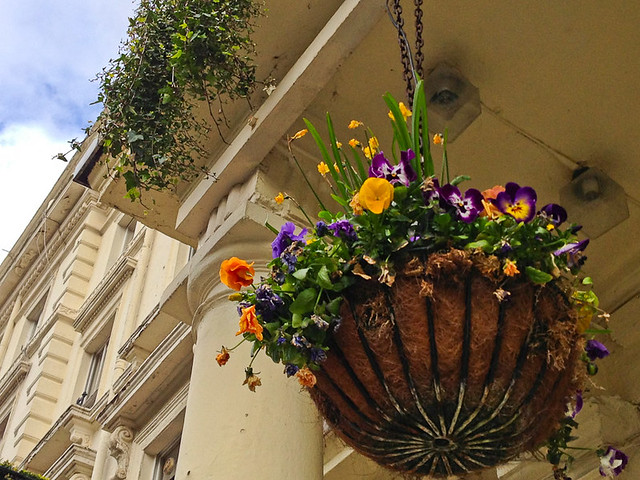 Lovely flowers outside of the hotel

There are two nearby Tube stops, bringing the entire city well within reach. The hotel is closest to the Bayswater metro station but the Queensway station (only a block and half further) is a busier hub with more lines and more frequent trains, so we most often entered and exited at that station. 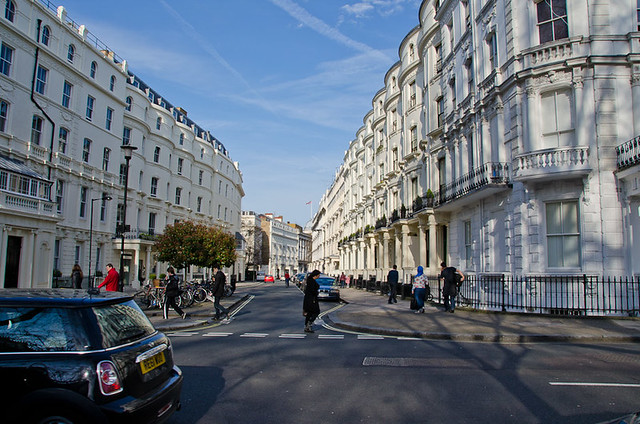 A neighboring street in the Borough of Kensington

Both metro stations are located on Queensway, which is a busy main street with loads of grocery stores, pubs, a surprisingly diverse mix of ethnic restaurants, and pharmacies. So anything you need is right near by. 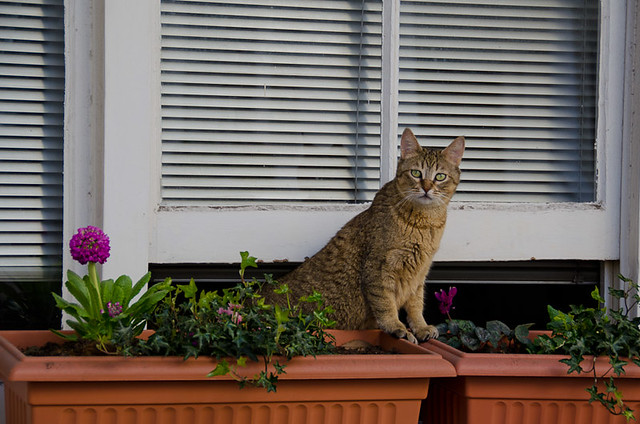 The room itself was spacious and comfortable. It had big windows that let in a lot of light. But one tip: get a room on one of the upper floors. We were on the ground floor facing the sidewalk which had a fair amount of foot traffic, so we kept the curtains closed most of the time. 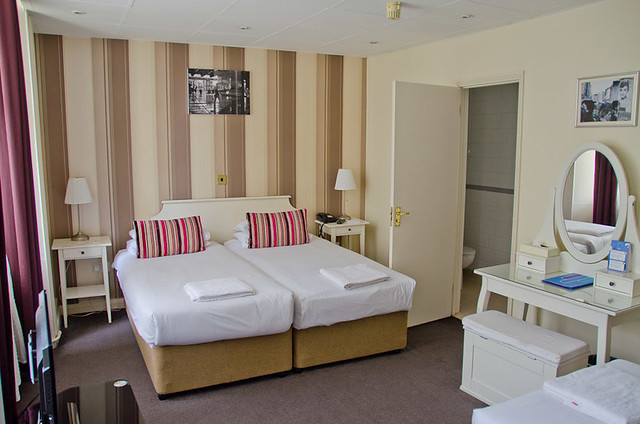 Our bright and colorful double room

The room also had a small flat screen TV, but we never turned it on.

The one downside of the place was the internet. It’s not free anywhere on site and costs 7 GBP ($10.64 USD) for 24 hours and you can only connect one device for the duration of the subscription. For Kevin and I, who between us brought four wifi-capable devices, that was pretty annoying. We decided to use only one of our computers (choosing Kevin’s work computer), and because I’d set up 2-step authentication on my Facebook account, I couldn’t use his computer to access Facebook. For most travelers this may not be a problem, but for travel bloggers and people trying to work from the road, this was challenging. 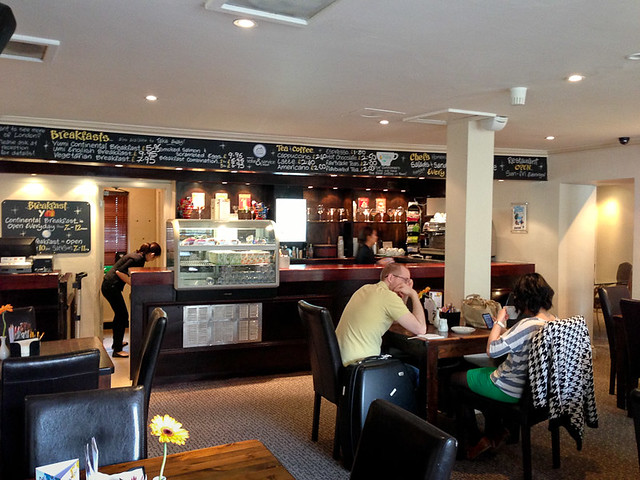 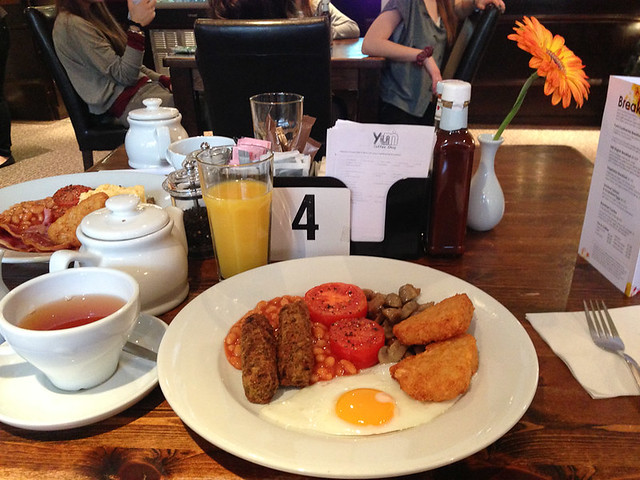 My enormous veggie breakfast plate from the Yumi cafe (yes, that is vegetarian sausage!)

Rates start at $137 a night for a double room which in London is a steal, as I found out after booking another slightly cheaper, but small room in an inconvenient location for the latter part of our stay. I learned my lesson and will look into returning to the umi Hotel next time we’re in London.

Umi Hotel London covered the first part of our stay in London. Thoughts and opinions are, of course, my own.