Touch down in Vancouver and it was raining. 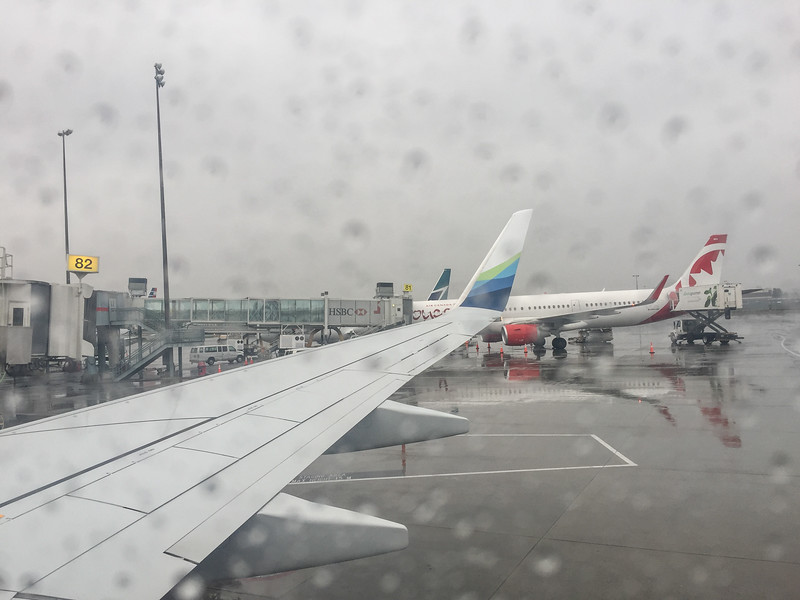 Listening to friends from the Pacific Northwest talk, I always kind of suspected that they were lying when they complained about how grey it was and how much it rains. I’d been to the region four or five times, at across all time of the year and always found it sunny and beautiful. I figured it was sneaky tactic, to keep everyone who visited from moving there.

Not this trip. This winter was unseasonably wet and the city had experienced something like 70 straight days of rain when we arrived. I even came across this oh-so-Canadian newspaper headline, “WHEN WILL IT EVER STOP RAINING? Not anytime soon (sorry)”. 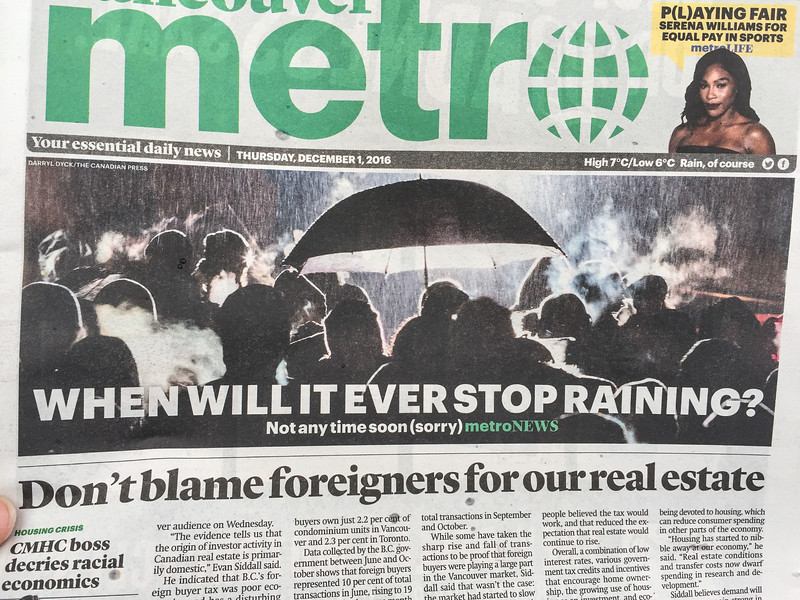 Turns out this is typical for winter in Vancouver.

It poured for almost a week. I was tagging along on Kevin’s business trip. It was my first trip to the city and I had planned to explore while he was at work. I did as much sightseeing I could in between the storms. One day it even started snowing, fat bulky snowflakes. 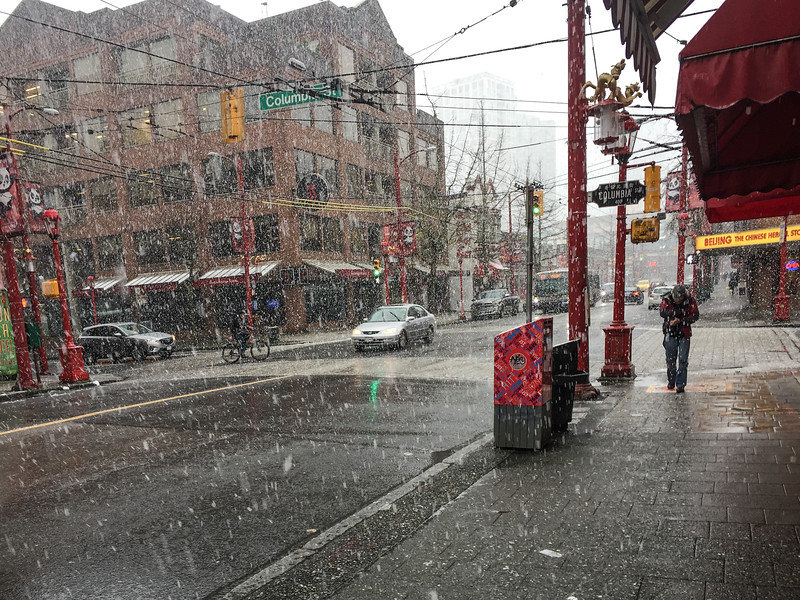 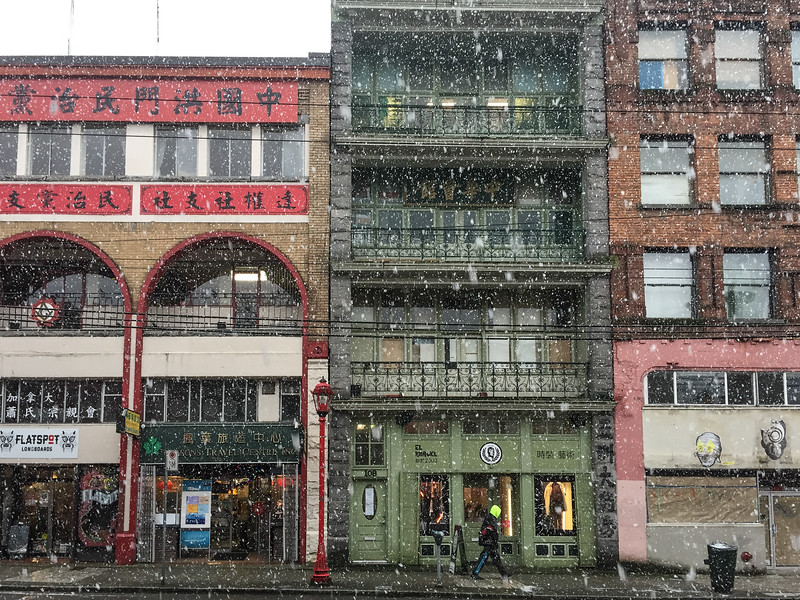 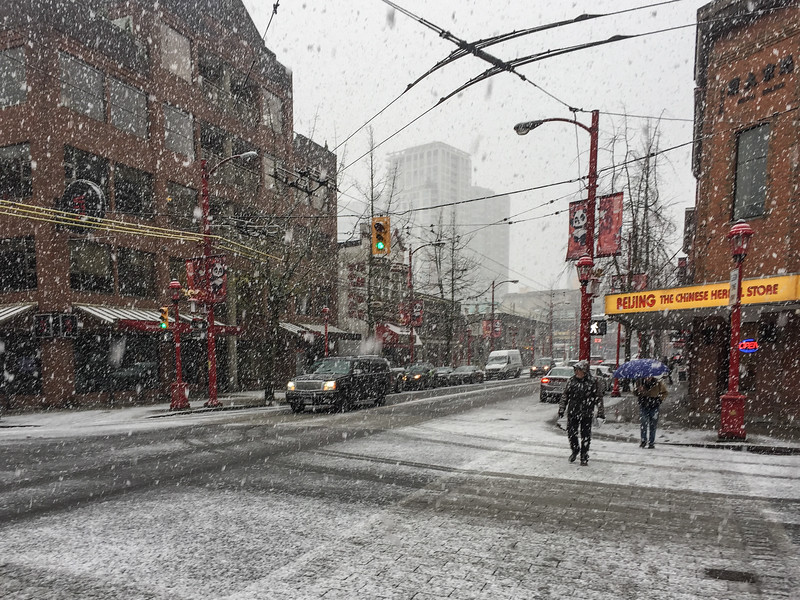 I spent the week popping into and out of our Airbnb rental and into stores, restaurants, and bars. I got the to see the best of Vancouver indoors (restaurant picks coming soon!) but didn’t get out to explore the famously scenic city.

On the final full day of our trip, I pulled back the curtains to find sun! I dragged Kevin out of bed and we headed out in search of Vancouver’s most scenic spots. Here are some of my favorite Vancouver vistas.

The Vancouver Lookout at Harbour Centre 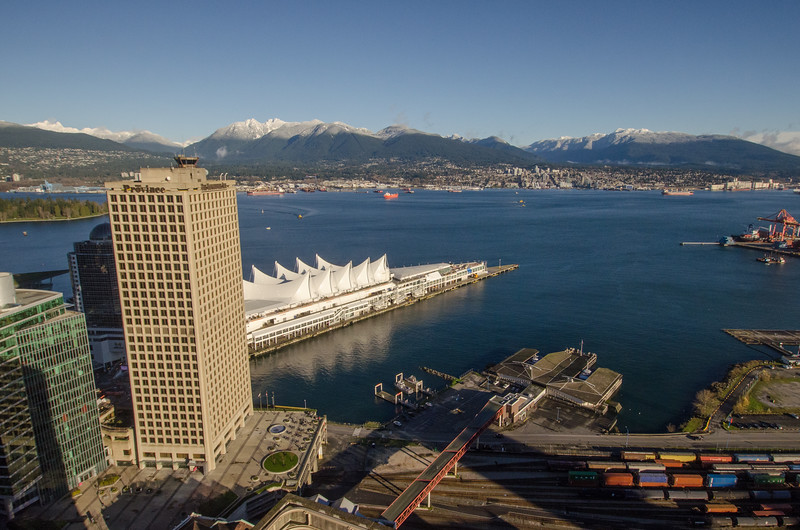 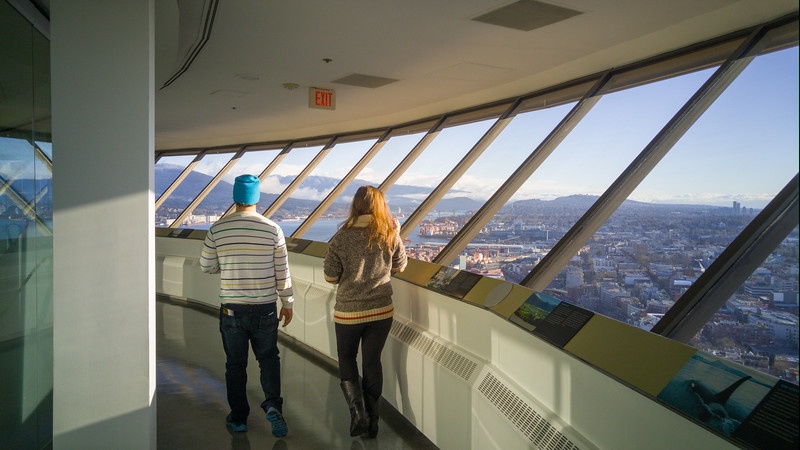 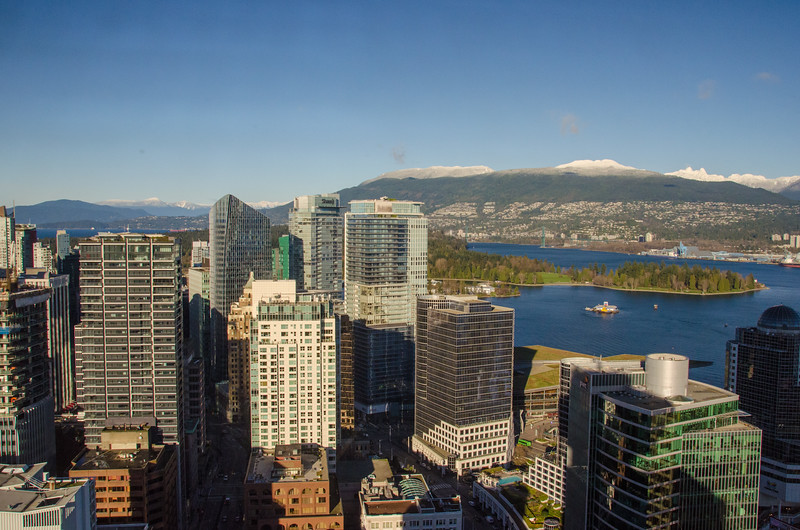 Off in the distance we could see Stanley Park, the city’s massive waterfront green space and public park. Across the channel, we could see tall snowy peaks rising up from the horizon.  A local friend told me that you can get from the city to ski slopes in only about 30 minutes! 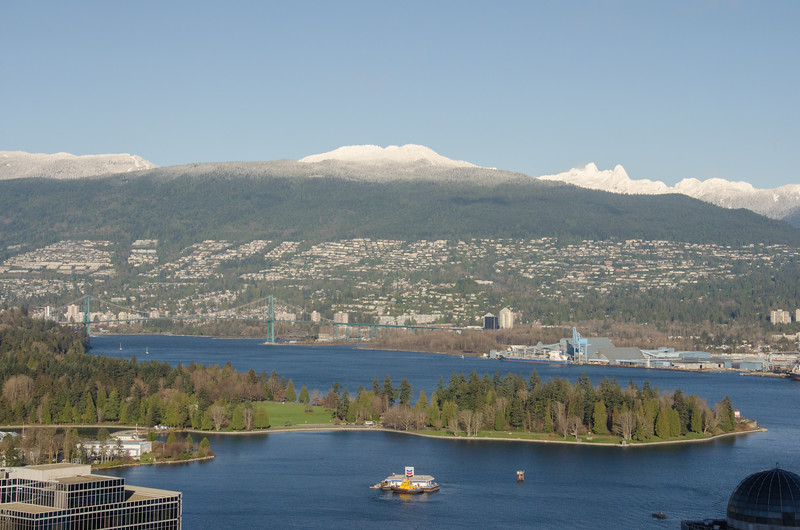 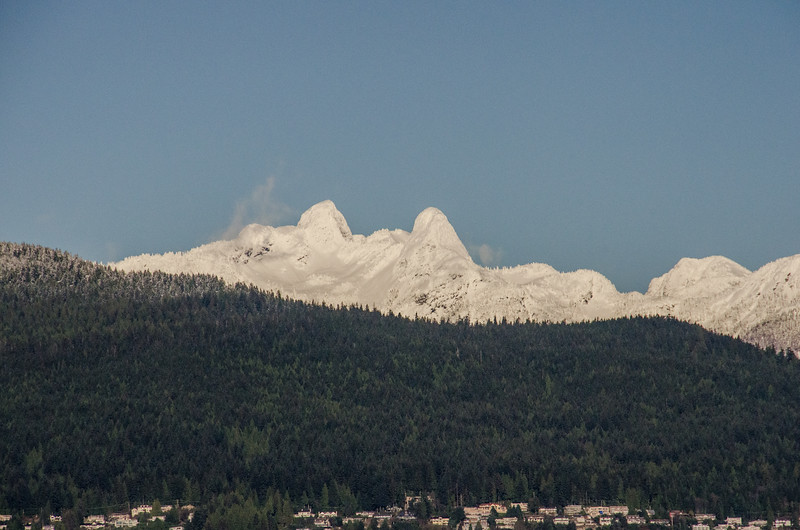 On the Water — Views from The Aquabus & False Creek Ferries

False Creek is an inlet that cuts across the heart of Vancouver. The city has a network of small private water taxes, the Aquabus and False Creek Ferries. Both companies operate tiny 6-10 person boats that cross the inlet frequently during the day. For just $8 you can hop on one of these tiny boats and take a 25-minute tour and see all the sights of the inlet. 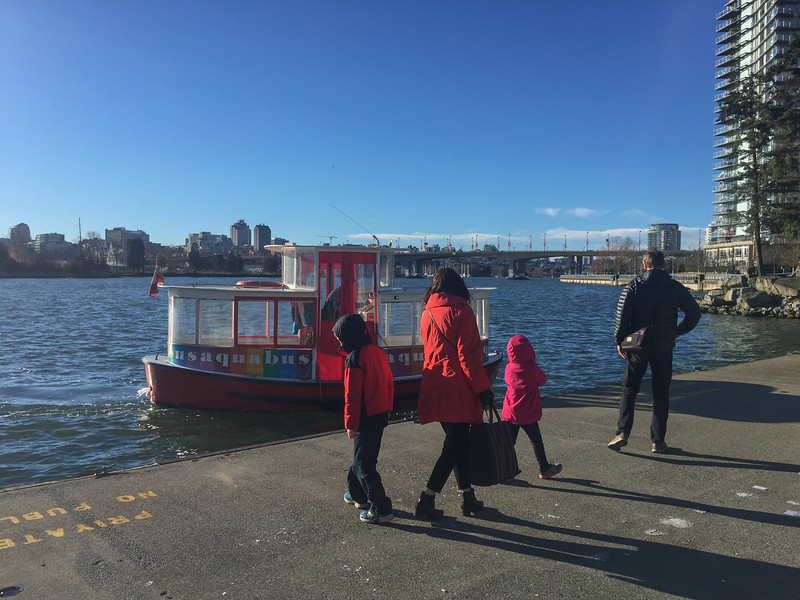 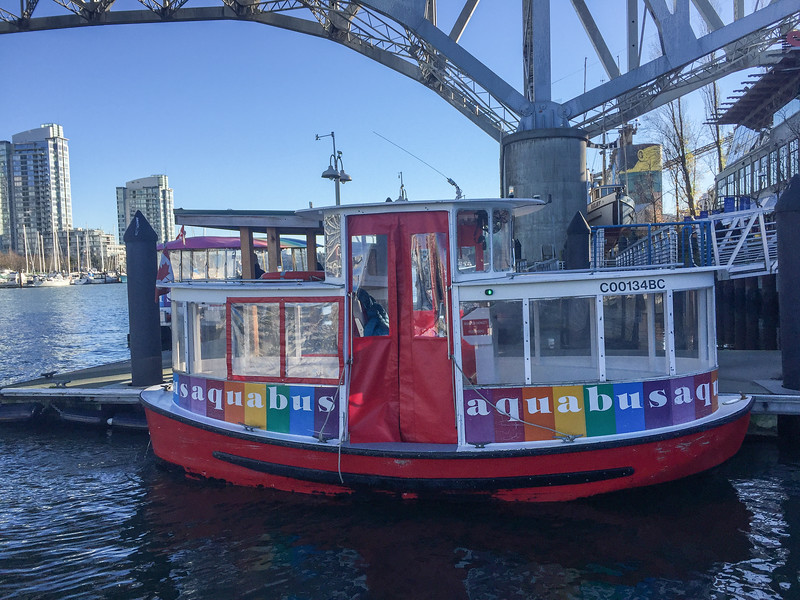 I enjoyed getting to see the city’s shiny high-rise buildings, bridges, and marinas. 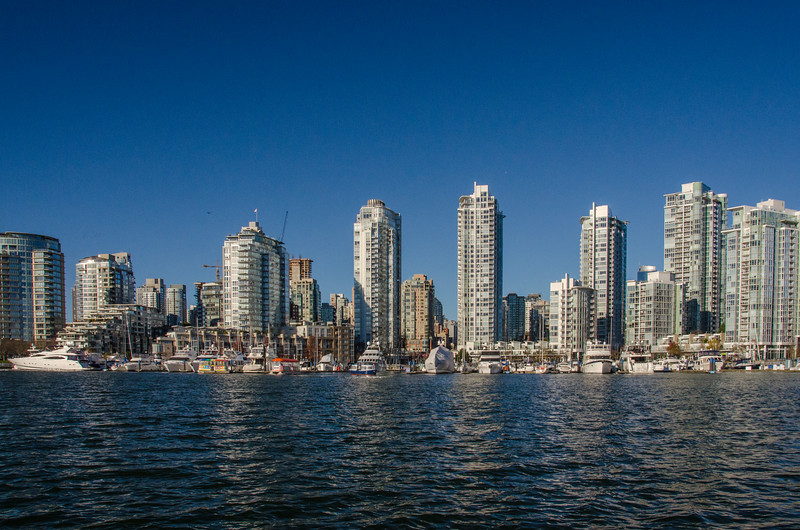 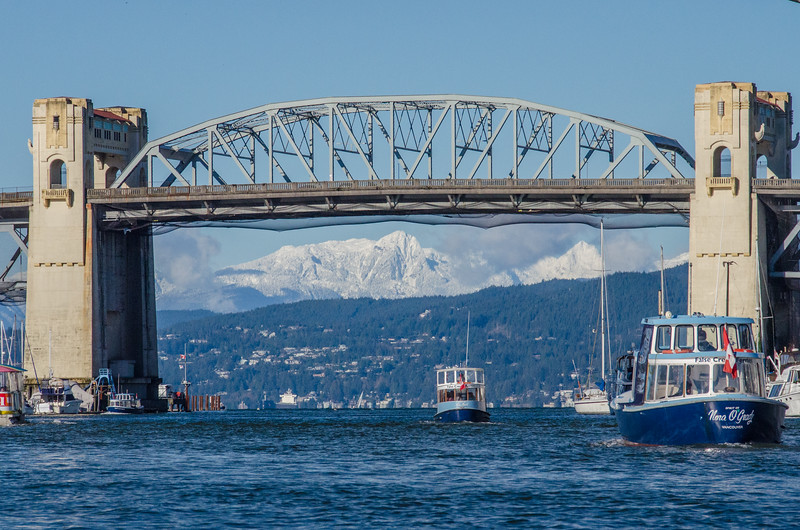 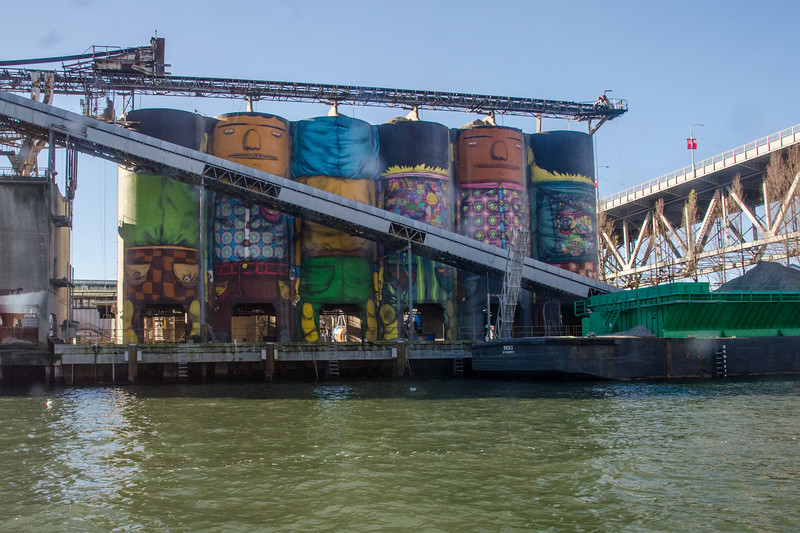 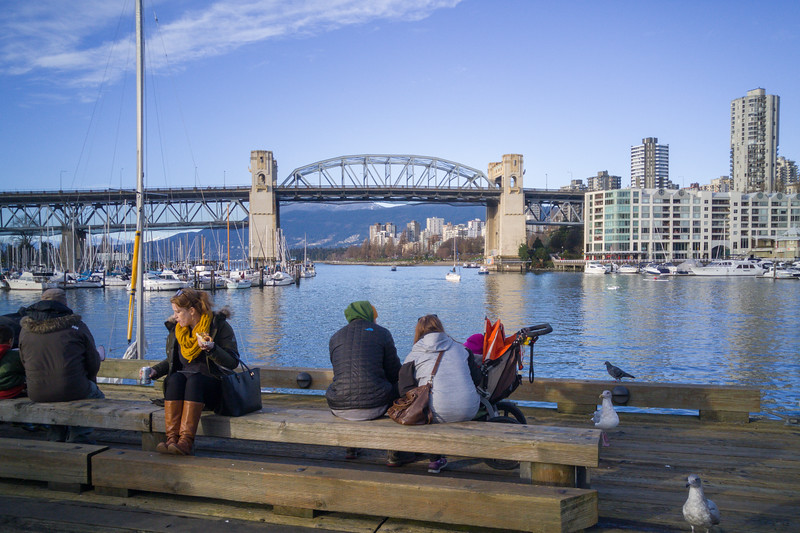 One of the top destinations in Vancouver (and all of Canada, in fact) is the Granville Island Public Market. This colorful public market carries all kinds of farmers and artisan food vendors. The island is walkable and colorful and made a great place to wander and get lost.

The top recommendation I got before I visited Vancouver was to rent a bike and ride around the waterfront in Stanley Park. We had limited time (and I admit, I was cold!) so we opted to hop in the car with our friends Ryan and Rita for a sunset drive through Stanley Park. The sky was dramatic and these reflections! 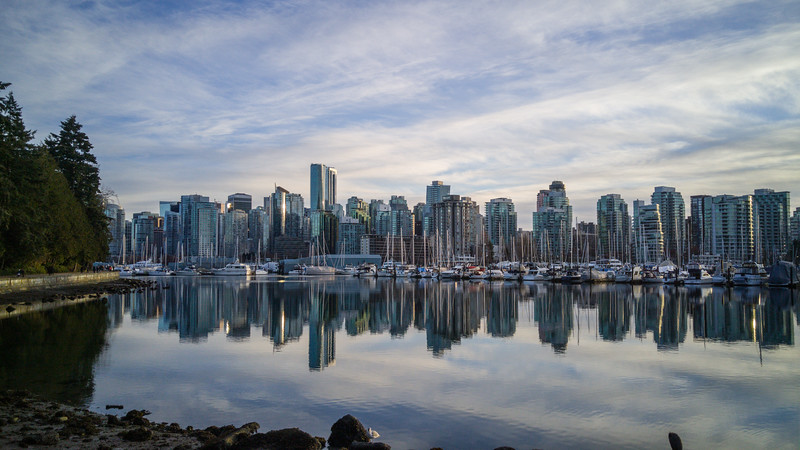 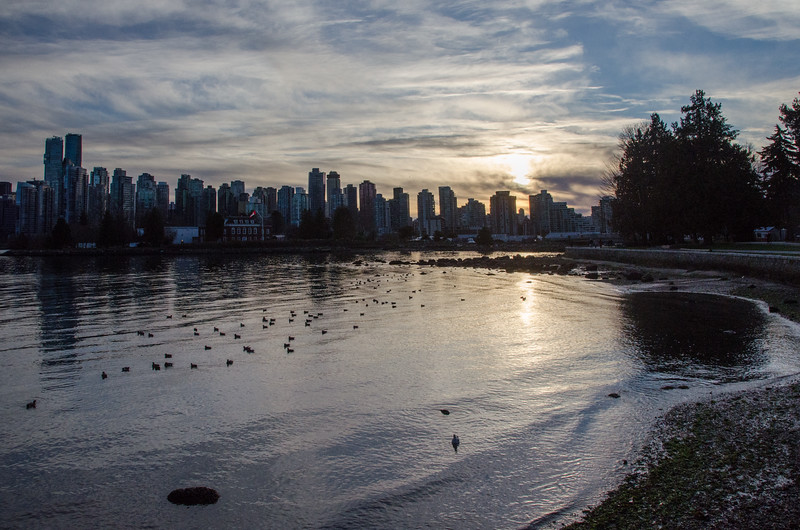 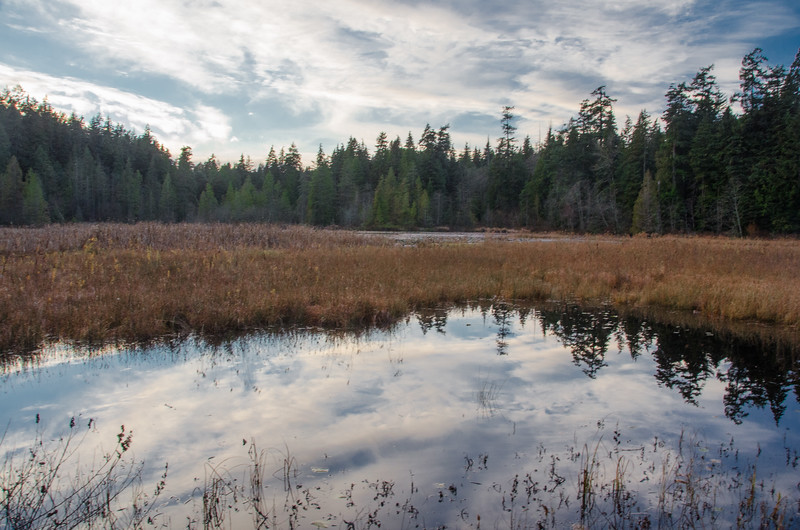 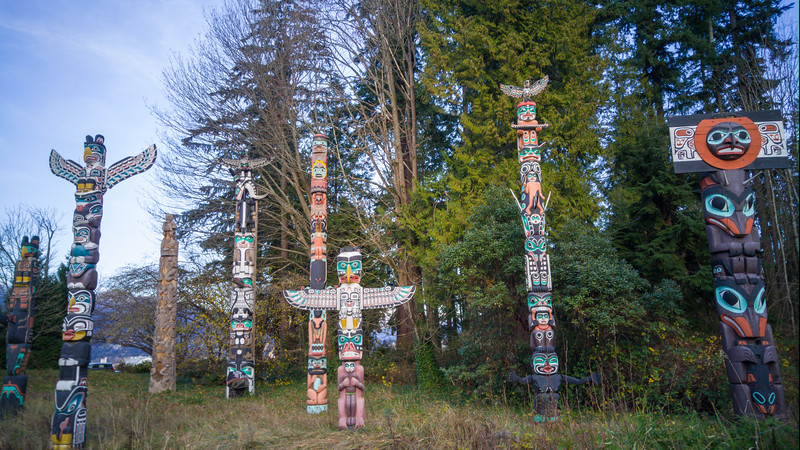 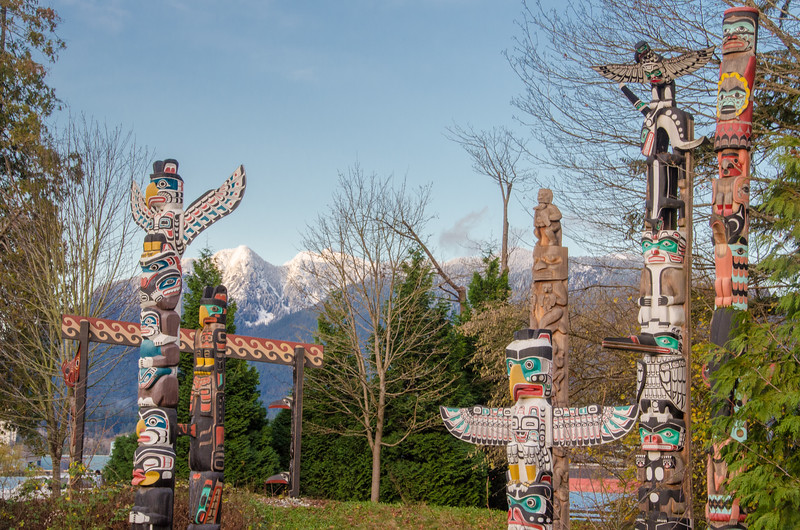 We stopped to watch the sunset over the Gulf Islands from the northern tip of Stanley Park. 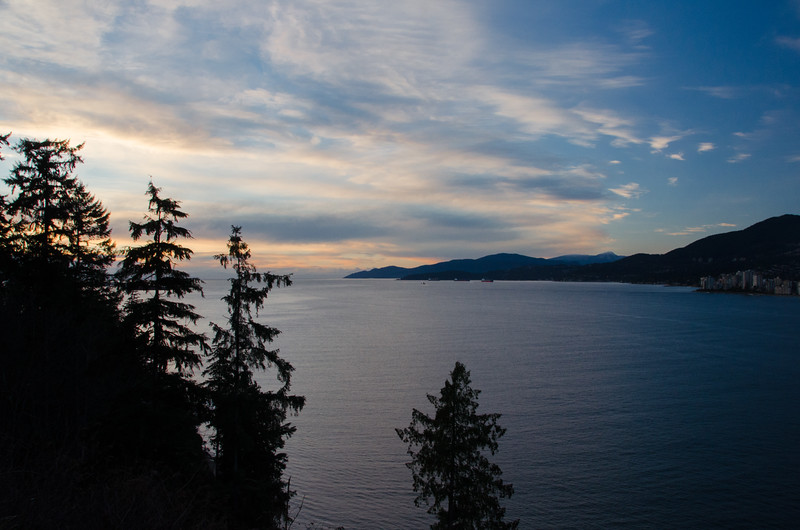 Where to Stay in Vancouver:

We really enjoyed our bright and colorful Vancouver Airbnb apartment. It was right in the heart of the city’s trendy Gastown neighborhood and just two blocks from Kevin’s company’s HQ office. It was in close walking distance to most of the major sites of the city so I thought it was a good place for a first-time visit to the city. 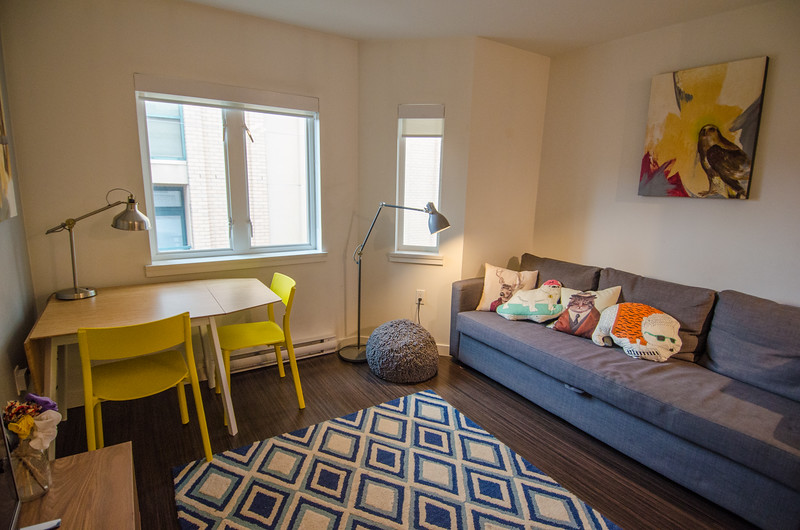 With all the rain we had, my favorite part of the apartment was maybe, that the thoughtful owners provided an umbrella (lifesaver!) 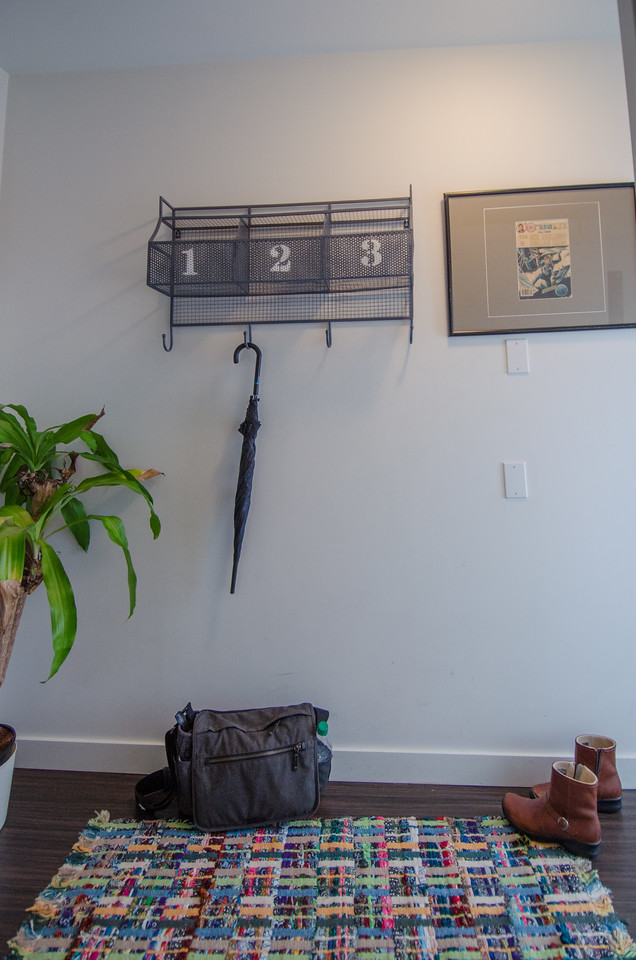