The largest collection of outdoor mural art in the United States is just minutes away from downtown San Diego, but if you’ve visited the city, you’ve probably driven over it without even knowing it. 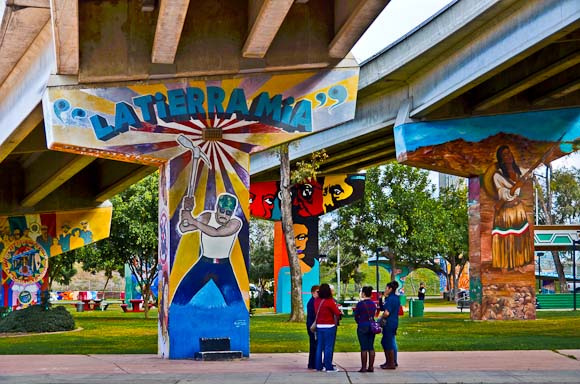 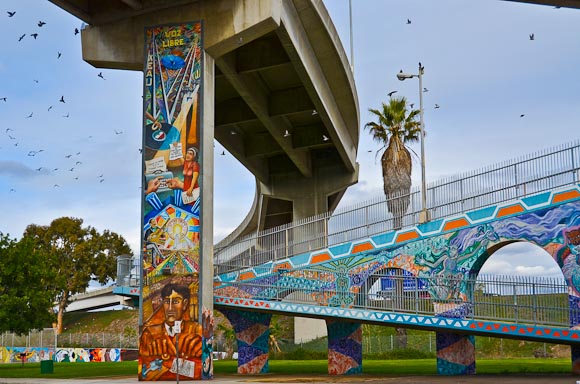 San Diego’s Chicano Park is hidden below the San Diego-Coronado Bridge. More than 70 vibrantly colored murals adorn the support pylons of the freeway overpass. The murals pay tribute to the history of the surrounding Mexican-American and immigrant community called Barrio Logan. 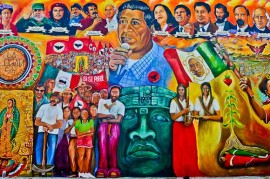 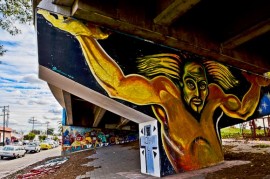 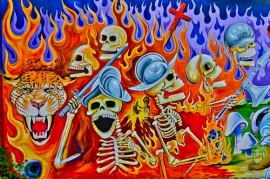 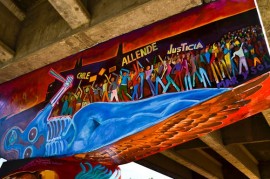 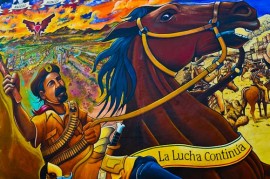 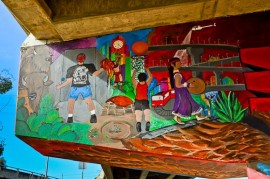 The park has an interesting story. In the 1950s, like many other working-class communities of color, Barrio Logan was rezoned “industrial” and started to attract lots of noisy, polluting businesses. In the 1960s, the neighborhood was further divided by the construction of the 5 Freeway and the elevated on-ramps of the San Diego-Coronado Bridge. City leaders didn’t involve residents in the planning of these projects that razed more than 5,000 homes and local businesses. As partial compensation, the city council promised to build a park in the neighborhood. 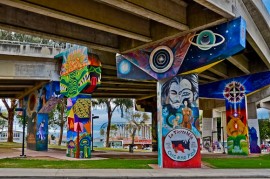 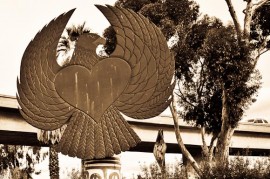 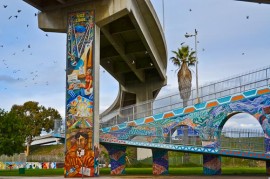 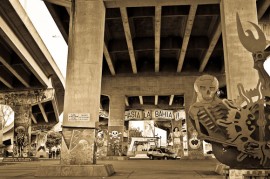 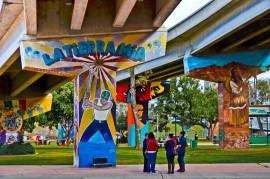 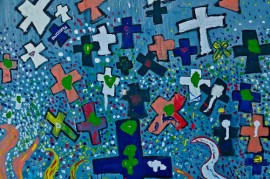 In April 1970, a local college student walked by and noticed construction had started on the site of the proposed park. When he asked what was going on, the workers told him they were breaking ground for a new California Highway Patrol parking lot. The student went door-to-door to tell his neighbors what was happening, and by that evening, hundreds of concerned community members gathered to protest the construction. For 12 days, community members led demonstrations to protest the development. The city eventually called off construction of the lot and agreeing to build a park on that contested parcel and adjacent freeway overpasses. Local artists petitioned to create public art in the space and Chicano Park was born. 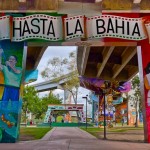 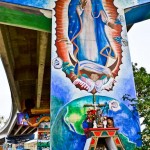 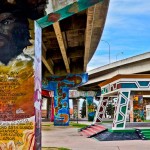 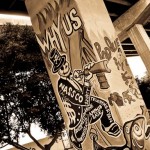 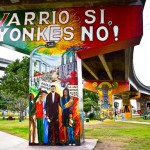 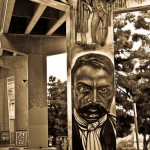 The artists painted historical stories using the symbolism of Aztec and indigenous cultures. California social justice advocates, César Chávez, Dolores Huerta, and the United Farm Workers are shown in various works, as are inspiring Mexican revolutionaries and muralists Frida Kahlo, Diego Rivera, David Alfaro Siqueiros, and José Clemente Orozco. Stories of local struggles with land rights, pollution, and community disinvestment are also documented. It was discouraging to see that murals painted 30 years ago speak to continuing struggles of poverty, immigration, and human rights in California and around the world. 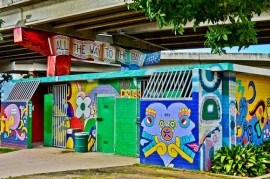 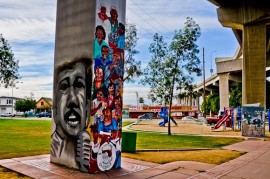 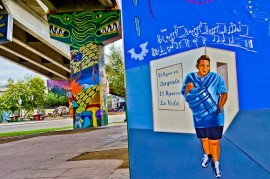 It’s an inspiring space–a park designed, decorated, and fought for by the people of the community. I don’t understand all of the symbolism in these paintings, but I appreciate the passion that inspired them and the power the community has when it comes together.

How to get to Chicano Park:

Chicano Park is located just south of the intersection of Logan Ave. and Cesar E Chavez Parkway in San Diego [map]. Be careful not to just type “Chicano Park” into your GPS or map app. When I did that, my Google Map app mistakenly placed the park ON the freeway overpass and sent us helplessly crossing over the bridge to Coronado Island.