The following post was written by our friend Vee, who lived for a year on the Hawaiian island of Kauai teaching at a local community college. She currently lives in Washington, DC.

The fruit you find in Hawaii is as exotic and diverse as the people who live there.  Hawaii has a long and complicated history of race relations. These divisions persist to this day, though for the most part, people live together amicably — at least that was the case where I lived on the island of Kauai.

The people of Hawaii often classify themselves into one of these three groups–Native Hawaiians, locals and, residents:

Hawaiian Fruit can also be classified in a similar way. Here are some examples:

Breadfruit is an acquired taste.  Most Hawaiians do not eat it raw like most fruit, as ripe breadfruit can be smelly and have a strange texture. My native Hawaiian friend Kimo showed me how to eat a breadfruit Kauai-style.  First, it’s imperative that you pick the fruit when it’s still green (see picture).  Then, cut into slices the way you would cut tomatoes for a hamburger.  One of the best and easiest ways to eat this fruit is to grill it.  Once it’s grilled, it tastes like a baked potato. Strange, right? 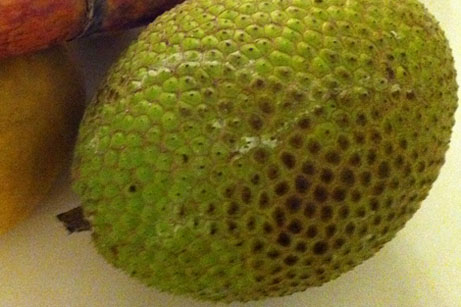 Almost half of the population of Hawaii is of Filipino descent and they brought with them fruit from tropical Asia such as pomelos, mountain apples, guavas, lychees, and dragon fruits. Others were brought from other Polynesian islands, and South America.

My favorite fruit of all time is the mountain apple.  I never bought them though; they are easy to find and foraging is perfectly legal in Kauai. 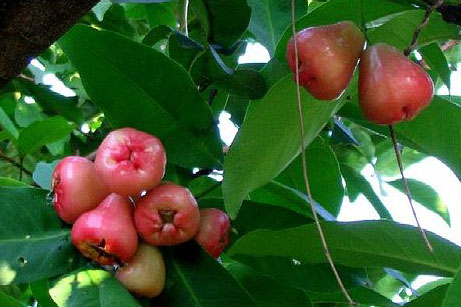 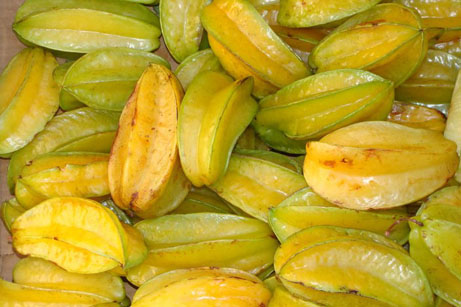 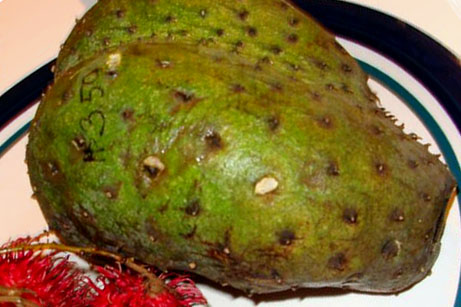 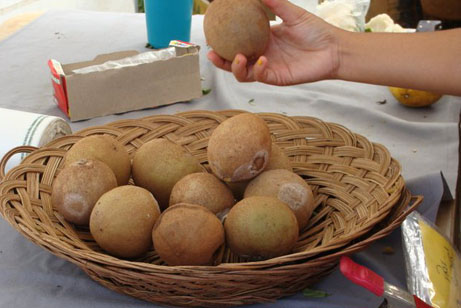 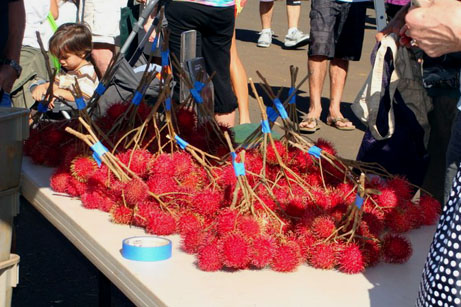 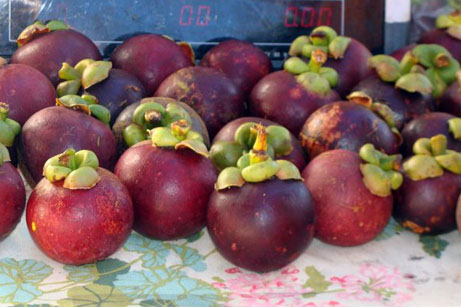 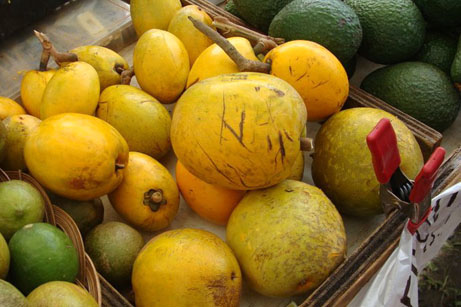 Pineapples became the signature fruit of Hawaii due to the marketing efforts of the Dole Company.  Visitors often bring a Dole pineapple home with them as a souvenir from Hawaii.  However, what many people don’t know is that pineapples are recent arrivals.  People in Hawaii actually do not really like the “Hawaiian pizza” which consists of pineapples and ham.

There you go: A window into Hawaiian people and fruits!

Instead of buying fruits from tourist-catered stores, try a local farmer’s market. You’ll be pleasantly surprised of the abundance and low-cost of these exotic fruits.

What is your favorite Hawaiian (or other tropical) fruit?

Note from Cassie: When we visited Kauai, I fell in love with liliko’i and Kevin couldn’t get enough of soursop!