What activity comes to mind when you think of Hawaii?

Lounging on a beach with a fruity cocktail? Snorkeling in clear blue water with colorful fishes and sea turtles? Hiking through lush forests to  swim at the base of a waterfall?

In reality, driving seems to occupy much of the time I’ve spent in Hawaii.  The islands are big and things are far apart.

Luckily, the island of Maui has some spectacular scenic drives that make all that time in the car worth it. The most popular drive, the Road to Hana is truly beautiful, winding over rugged cliffs, past small Hawaiian villages, and through lush forests with views of waterfalls. Unfortunately, no matter how early you get up, you’ll be sharing the rural road with what seems like everyone else on the island. Every marked scenic lookout feels like you’re part of an organized procession when the four or five cars behind you pull over, too.

On this past visit, we discovered another less-traveled but breathtakingly beautiful route that was worth driving: the winding road around Northwest Maui. 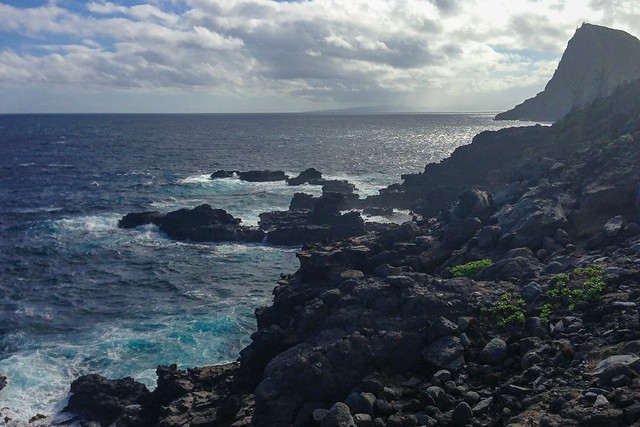 About twenty miles north of the tourist town center, Lahaina, the Honoapiilani Highway (Highway 30) turns into Highway 340. Highway 340 narrows to one lane in some areas, and twists across the north shore and south to the Central Maui town of Wailuku.  The road is dotted with impressive vocanic rock vistas, vibrant green fields and sea cliffs, and the occasional swimmable cove. 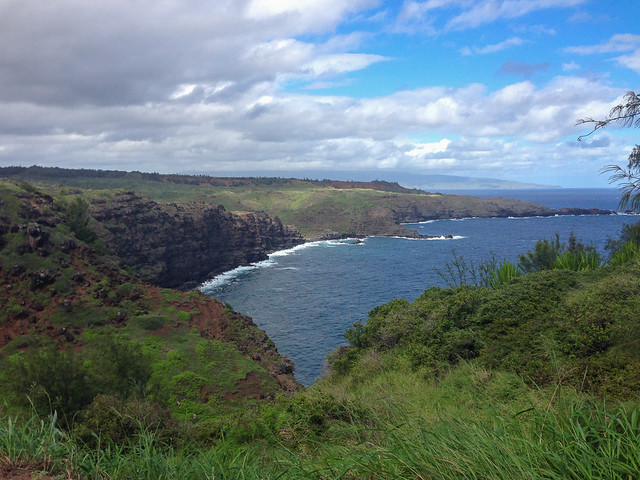 It’s only about 30 miles from the last inhabited West Maui town of Kapalua to the Central Maui town of Kahului [see map], but driving this northwestern route direct could take over an hour and a half. We only went half way out and back, and spent half a day on the route making several stops.

Note: There is no cell phone reception on much of this route and many of the scenic vistas are not well-marked, so be sure you write down the landmarks and mile-marker of the stops you want to make before leaving civilization, or bring a guidebook (we like the famous Maui “blue book”: Maui Revealed

). Also, wear good hiking shoes or sports sandals for these drive. The short hikes are rocky and the terrain is rough so it could be dangerous in cheap plastic flip-flops.

Here are three of our favorite stops:

Just a few miles north of Kapalua (past mile marker 32), we came around a bend where several cars were parked. It turned out that this was the trailhead that leads down to Honolua Bay, a marine conservation reserve and a popular snorkeling spot. Though our guidebook said conditions were quite variable and it may not be good snorkeling in the winter, we decided to give this bay a try. 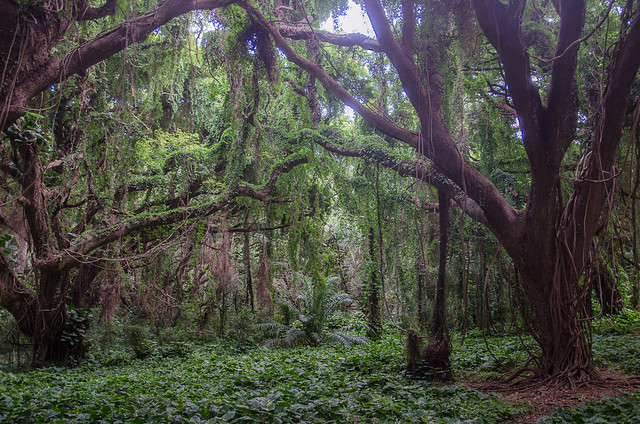 The short trail down to the water led us through a magical forest filled with gnarled old trees covered with moss, and giant pothos fronds, and spindly vines hanging from the branches. Seeing this alone was worth the stop! 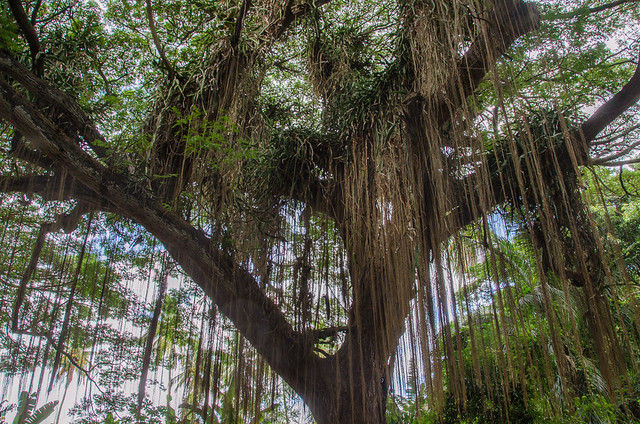 There is not much of a sandy beach, so entering the water climbing barefoot over boulders was a bit tough, but the clarity of the water was worth the struggle. I stayed close to shore because I was having trouble with my snorkel, but Kevin and his friend swam out to the right side of the bay where the were a higher density of colorful fish and coral. 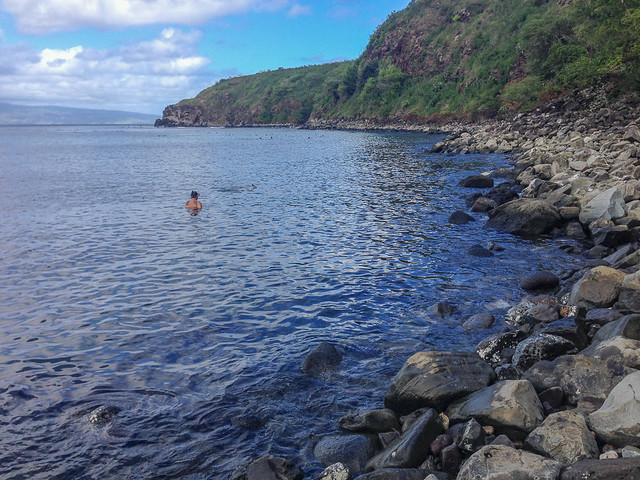 Just past the 38 mile marker, is a hike down to a massive natural sight called the Nakalele Blowhole. The blowhole is formed by high-speed water from crashing waves being forced through a hole in the lava rock resulting in a strong “eruption” of water similar to a geyser.

Near the top of the trail (which drops 200 feet through the rocks), we passed a warning sign telling us not to get too close to the blowhole as we could get sucked in and killed. In case we didn’t get the message, and two different crosses which I assume are in memory of travelers who got a bit too close. 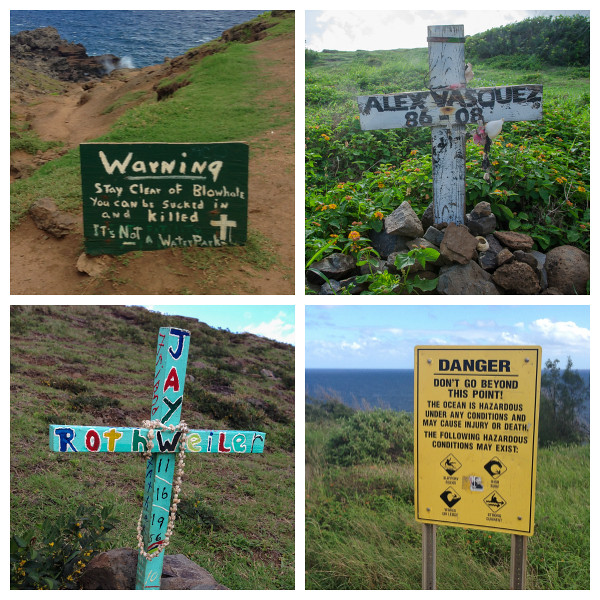 The trail was steep, windy and rocky and we had to scale some boulders to get close to it. 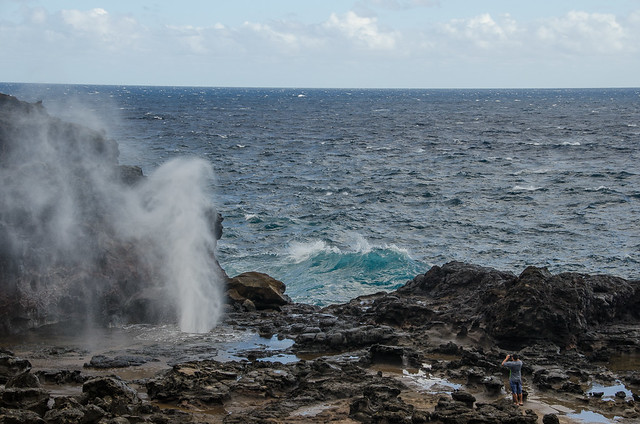 In the winter, the waves are frequent and powerful on the windy north side of the island so you don’t have to wait very long to see it let loose. 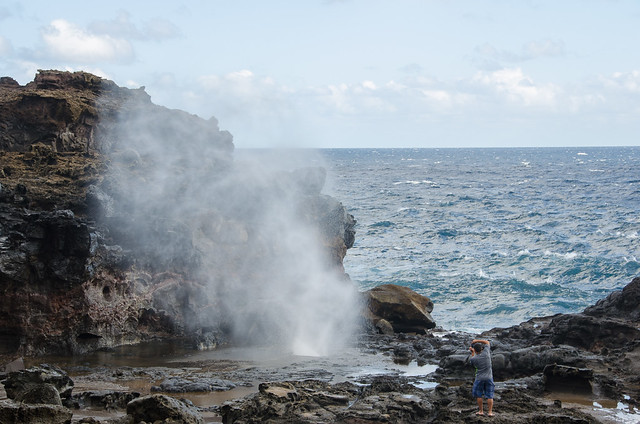 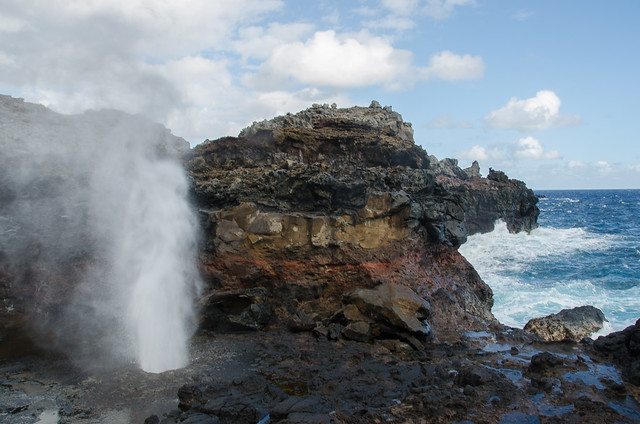 Our friend Oscar got about as close to the blowhole as could reasonably be considered safe, and he saw an amazing show. 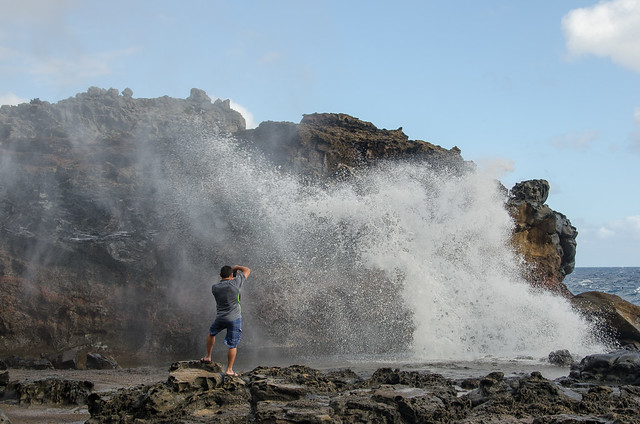 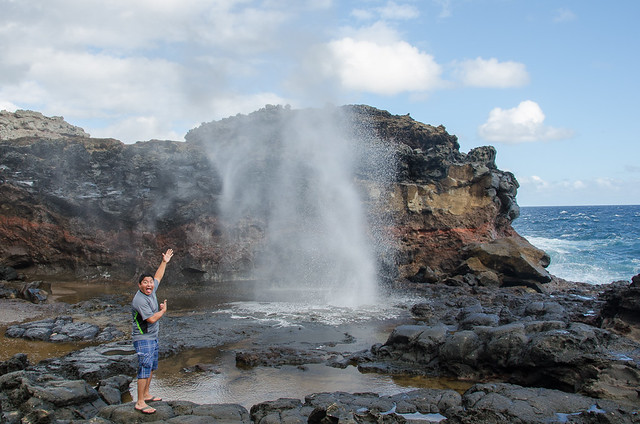 Beyond the blowhole we got a glimpse at this colorful and rocky cliff before hiking back to the car.

Just past mile marker 16, we came to the trailhead for the Olivine Pools. This network of natural and swimmable lava rock enclosures take their name from the glassy green water resembling the olivine gem. 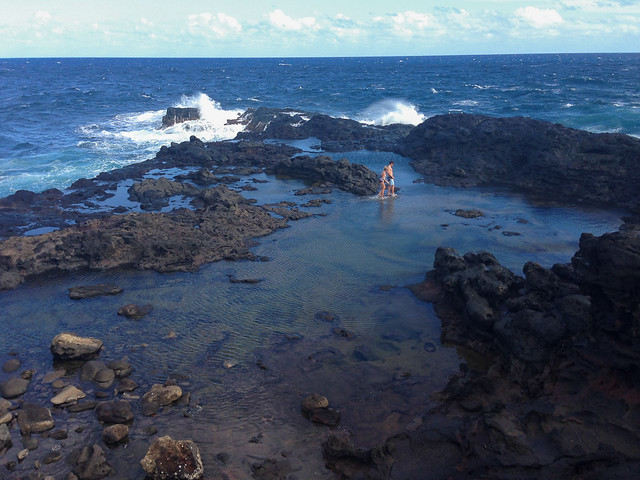 The pools were pretty, but in the winter we found that the freshly added water from the constantly breaking waves was too cold to swim. I can imagine in the summer they would be a great place to relax. In the cold winter water, we were content to wade in and enjoy the view.

On the hike down, we passed more warning signs letting us know that in strong wave conditions, the area can be unsafe. Our guidebook noted that climbing the rock wall close to the perimeter was particularly dangerous as unexpected strong waves could knock you in and wash you away. 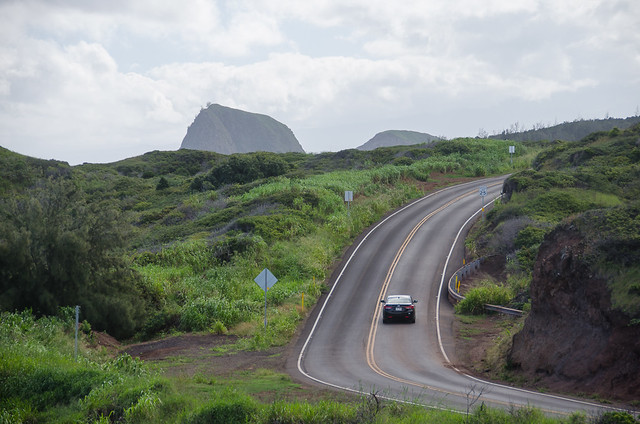 Continuing beyond the Olivine Pools, Highway 340 narrows further to one lane and features a drive through a tiny village of Kahakuloa, the most isolated village on the island. Still, content in what we’d seen, we decided to turn back after the Olivine Pools and head back west where we got to see these scenic views, yet again.

Where is your favorite scenic drive?