Prior to the automobile, urban industrialists moved things around big cities using the steam engine. In the 20th century, these urban rail lines were gradually replaced by roads and trucks leaving miles of unused tracks. In 2009, New York City opened the High Line Park,  a highly acclaimed project that took an out of use elevated rail bridge and turned it into a long, narrow park towering 25 feet over the city. To many city lovers and urban planners (myself included) this recycling of blighted urban space seemed really creative, yet one Paris park had done the same thing nearly 20 years before.

The Promenade Plantée  (“tree-lined walkway”, also called La Coulée Verte or “green course”) is a 2.9 mile long elevated linear park that crosses over the southeast corner of Paris. The park starts near the Bastille metro station, where a historic rail station once stood (now home to the Bastille Opera House). 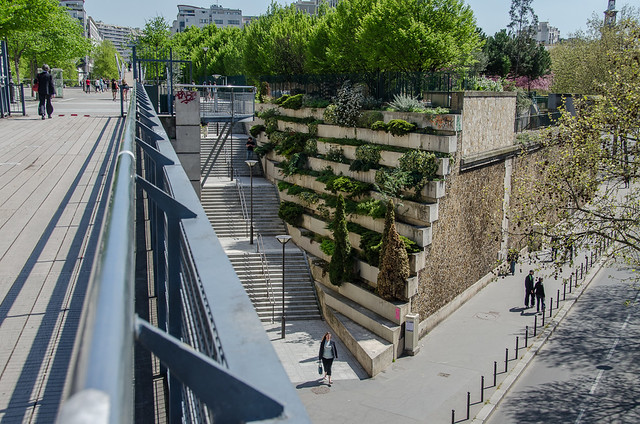 If you climb the stairs, you’ll reach a narrow pedestrian path lined with gardens. I visited the park around lunch time and most benches seemed to held by people eating or reading on their lunch break. 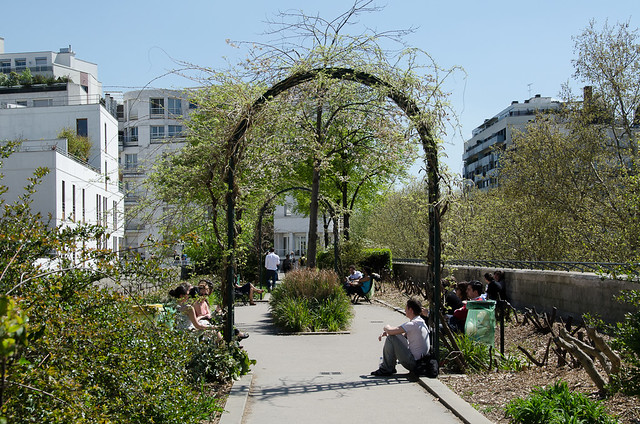 I was there on a warm day at the very beginning of spring so lots of parkgoers were anxious to soak in the sun. 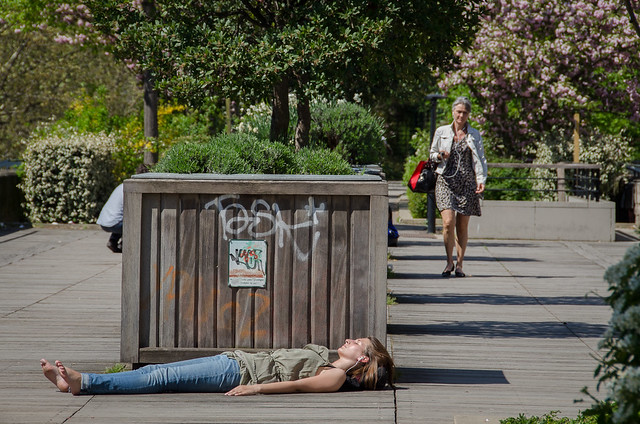 It seemed strange to see sunbathers laying on a hard, wooden walkway but I guess that’s what you do when you are over a hundred miles from the  nearest beach. 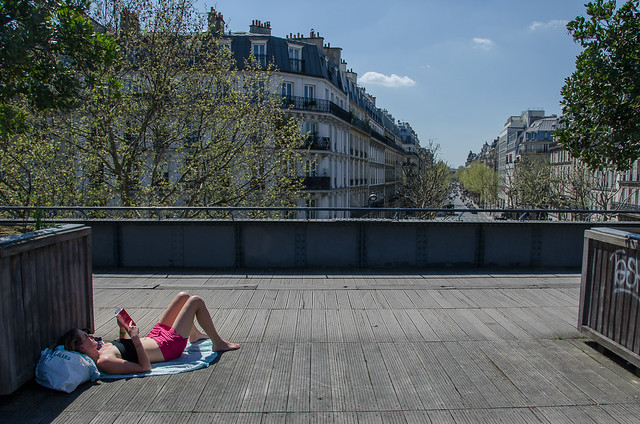 Like the High Line in New York, the Promenade Plantée project raised property values and spurred new construction and residential development in the area. Some new buildings were even built over and around the park. 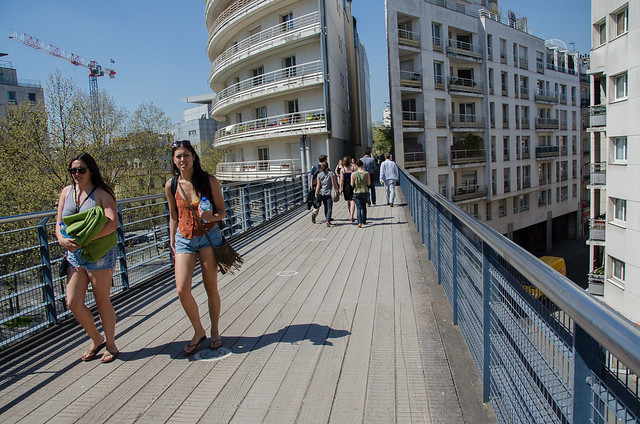 In addition to the modern development, the walkway provided a great view of more traditional Paris rooftops. 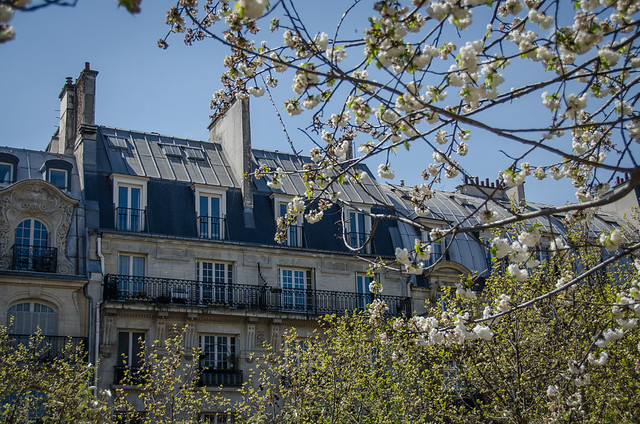 Near the east side, the promenade passed over a lovely neighborhood park called the Jardin de Reuilly. 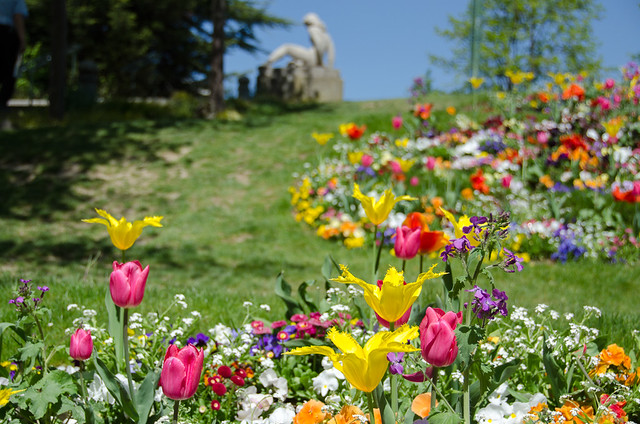 This popular park was packed with picnickers enjoying the mid-day sun. I suspect that there was a high school or university nearby because most of the groups were young. I enjoyed looking down over the patchwork of people. 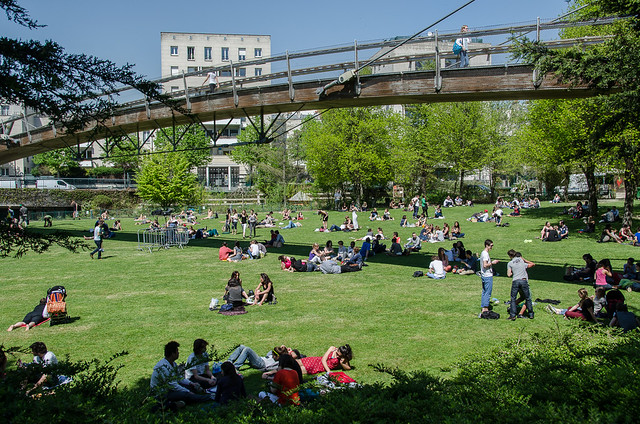 And if I thought it was strange to see sunbathers on the promenade, bikini-clad Parisians on beach towels made me see… 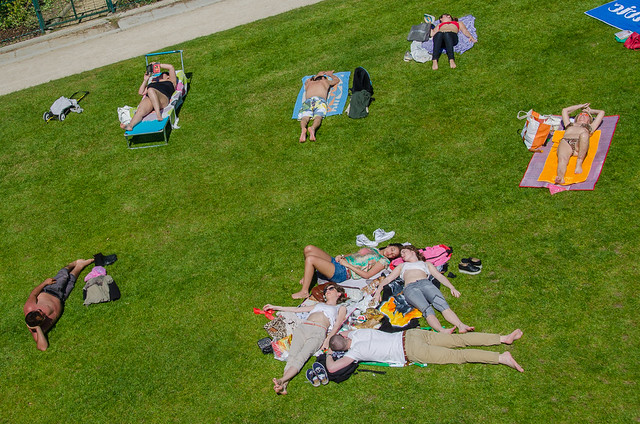 This colorful and creative Paris park is a valuable urban retreat, especially after a long grey winter.

Have you been to Paris? What is your favorite Paris park?

Share10
Tweet9
Pin294
313 Shares
« Choking Down One of The Strongest Beers in The World
Dog Friendly Hotel in Carmel: Hofsas House Hotel »