Located on a hill just above the city of Granada, Spain, the majestic Alhambra was built by the Moorish rulers of Spain in the mid 14th century. The fortress and palaces are impressive in scale, intricate detail, and range of colors.  Even when we were there on an overcast February day, the buildings were filled with light and the rich colors came through in the saturated wood and hand-painted ceramic tiles. It is no wonder this achievement in Moorish architecture has inspired so many writers, musicians and even astronomers.

I was most impressed by the detailed wood carvings, colorful tiles, and beautiful views over the city. There are several buildings in the complex, so plan to spend several hours exploring. We regretted not packing a snack. There is only one very expensive restaurant inside that we chose to avoid, and one candy vendor, that seemed to be a mile away from where we were by the time we realized we were hungry.

Here are some of our photos: 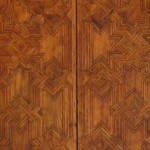 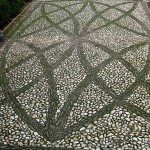 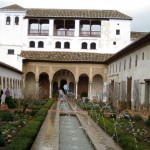 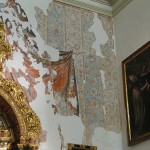 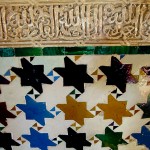 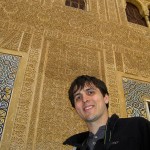 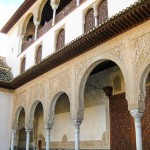 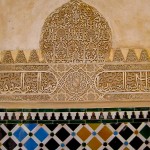 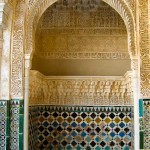 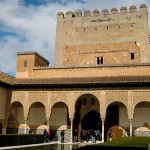 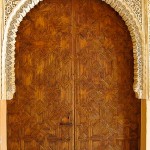 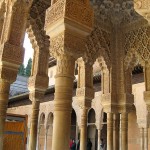 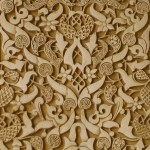 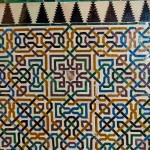 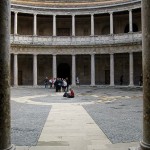 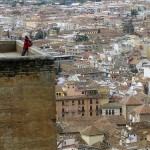 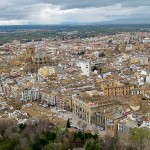 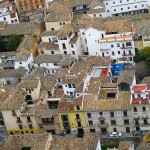 Share2
Tweet13
Pin374
389 Shares
« Hunting Mushrooms on the California Coast (and Living to Tell the Tale)
Granada: In the Shadow of the Alhambra »