I’ve traveled around the world to see wildlife in their natural habitat, but one of my favorite experiences has been the one that is closest to home. 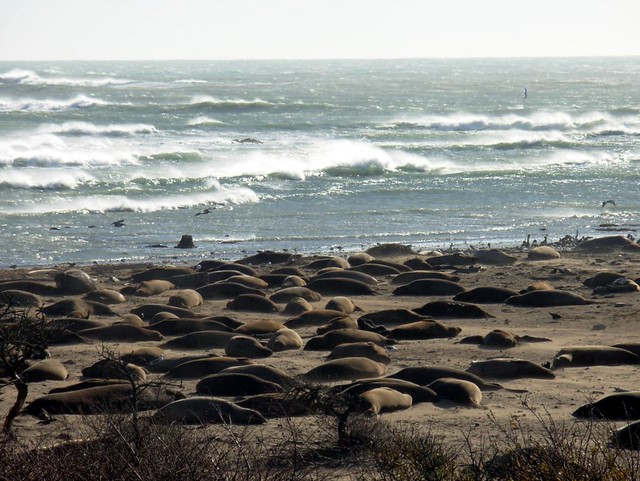 The Northern Elephant Seal is one of the West Coast’s largest (and strangest-looking!) mammals. Elephant seals are named for their size and the males’ large noses that resemble an elephant’s trunk. They spend most of the year at sea, but they come ashore in the winter to mate and give birth. Mothers nurse their pups for about a month before weaning their them and returning to the sea. By early March, most of the adults have left the beach, leaving behind the newly-weaned pups that you can see playing in the sand dunes and learning to swim in the tidepools. 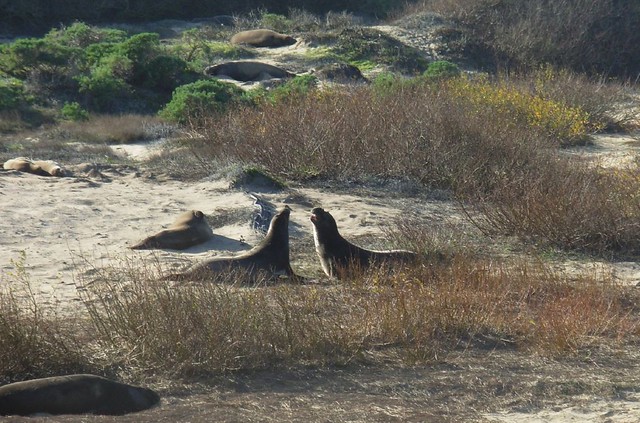 To me, the males are the most impressive sight.  Weighing up to 5,400 lbs. (2455kg) these wrinkly, blubbery creatures are the size of an SUV. The resemblance to Jabba the Hut is uncanny (and I make this joke every single year!).   In the winter, you can often see them fighting over the females. They rise up and call out (click here to listen) and then throw themselves at each other. When you get a close look at them, you’ll see that their chest is thick, pink, and calloused from all the fighting. 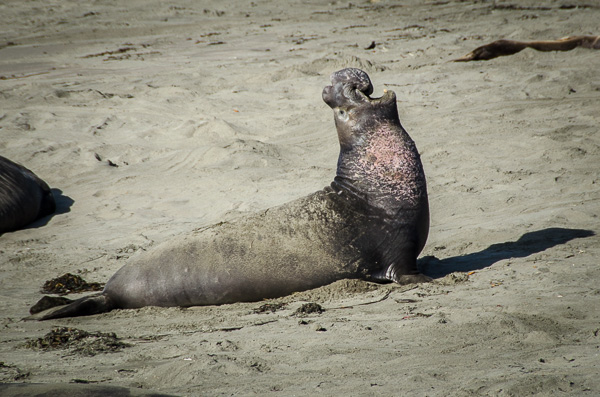 The other exciting thing about elephant seals is that they are a true conservation success story. In the early 1900’s, the seals were  hunted almost to the point of extinction, leaving fewer than 100 remaining in the waters off the coast of Baja California. Today, there are over 150,000 seals (close to the original level), with the majority living off the coast of California.

Where can you find elephant seals in California?

In the winter, the adults come ashore to mate at two locations on the California coast.

Located near the town of Pescadero, about 45 minutes north of Santa Cruz and an hour and a half south of San Francisco, the seals here are in a protected zone, and are only accessible by guided tours scheduled from December 15 through March 31. Tours last two and a half hours and tickets are $7 per person (buy tickets here). Buy your tickets early for holiday trips, because they sell out fast. Parking at the state park costs $10.

The hikes takes you right onto the beach where they mate, but the docents advise you to not go closer than 25 feet from the animals, even if they are sleeping. Despite their size, they can move fast! 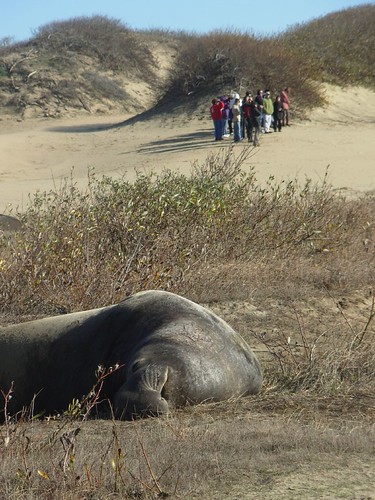 Located on Highway 1 at the southern end of Big Sur, seven miles north of San Simeon, there is no admission fee or reservation required here. You can park for free in the designated parking area and view the animals from the bluffs either north or south of the parking areas.  It is so easy to visit the seals here, you can plan your day to visit somewhere else, and simply stop off for a time during your drive.  We stop every time we go by!