Here I was, drinking alone at a bar. On a Sunday. Before noon. Don’t judge me…it was San Francisco Beer Week! Kevin was out of town and our other beer geek friends had canceled on me. I had tried a few sour beers at an event sponsored by the New Belgium Brewing Company last summer and I really wanted to learn more about the style. So I decided to go it alone and headed to the host pub, the Rose and Crown in Palo Alto. 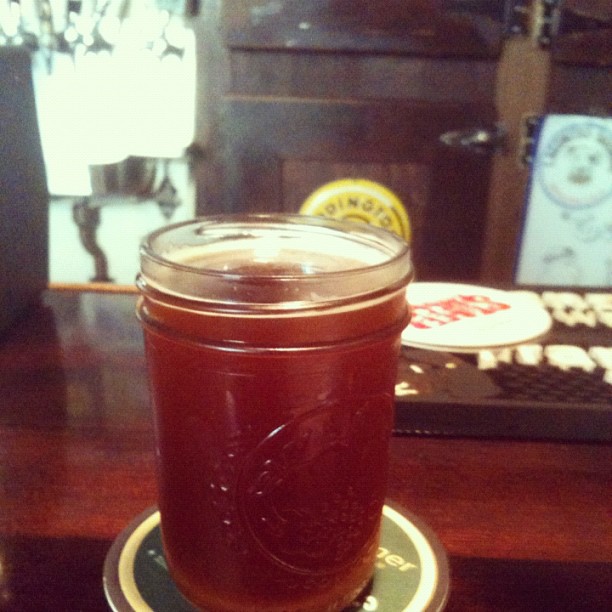 Sour beers like this Firestone Walker Double pack a punch

What is sour beer?

Sour beers are, as you might guess, characterized by a sour, acidic, or tart flavor. These brews are often fermented with a type of yeast called brettanomyces. These yeasts are unpredictable and often cause undesirable effects that damage entire batches of wine and thus are the scourge of the viniculture industry. Brewers on the other hand, have taken advantage of those yeasts to create some very unique flavors.

It seems American craft brewers have just started experimenting with this style, though Belgian brewers have been producing it for many years. One of the more popular styles of sour beer are Belgian lambics, tart drinks usually characterized by fruity flavors that I always assumed were due to fruit flavors added during the fermentation process. In fact, for many lambics, the taste comes from esters created as a byproduct of fermentation, without the addition of fruit flavoring. There was only one lambic on the menu at this tasting, but it was enriched with cherry juice like others I have had in the past, so I decided to skip it and stick to the beers.

The menu offered three different sour beers from the Russian River Brewing Company–Supplication, Temptation, and Consecration. Russian River Brewing has been one of the leading American craft brewers experimenting with sour beers. Unfortunately I wasn’t able to try them, but I’m hoping to plan a trip up to Sonoma County to visit them sometime soon.

Common sense beer tasting lessons I didn’t follow (but should have):

Sour beers are one of my favorite beverage discoveries of the past year, and I’ll definitely be seeking out more of them in the future.

Do you have any favorite sour beers? Where can I find them?