A few months ago, I was scanning my social media feeds and a blog post titled WTF: Miracle Berries caught my eye.  I thought of a small manila envelope that has been gathering dust on the kitchen counter for the past (no joke) five years. The envelope contains 20 seeds we bought online for something curiously called, “Miracle Fruit.” 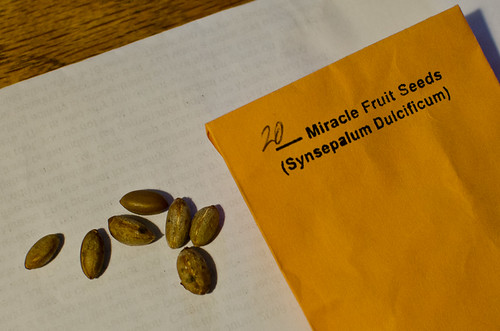 Back in 2008, Kevin read an article about a recently discovered plant (Synsepalum dulcificum or “Miracle Fruit”) that is native to West Africa. If eaten, the fruit will distort your sense of taste temporarily such that things that are very sour will turn incredibly sweet. I’m talking, turning acidic, sour lemons into sweet, ripe peaches! I didn’t believe it at first, and after he told me more, I was also little afraid of it. This sounds hallucinogenic — is this a drug? Is it dangerous? Is it illegal? WTF, indeed!

Because of this strange effect, the discovery of this plant inspired curious eaters to organize “flavor tripping” parties where they would get together, eat the berry and then consume all manner of crazy things to see how the berry would affect their sense of taste. The effect only lasts about an hour. After reading more about the fruit and how it had no known health risks and was perfectly legal, I agreed to let Kevin order them online. The problem he found was that the berries were perishable and very expensive so he decided to buy a pack of seeds, thinking we would try our luck at growing the plant from seed. I never actually got around to planting the seeds.

Fast forward to 2013: I read this article and find that it is indeed, talking about the miracle fruit grown from the seed we have in our kitchen. The thing I was most excited by is the author shares that the fruit extract is now available a much easier to ship, tablet form. A brand called Miracle Frooties is even available on Amazon for only about $10! These are wonderful times to be alive!

So we invited Brenda and Cesar, two of our adventurous foodie friends over for dinner one night. After dessert we broke out the box of miracle fruit, along with a weird assortment of different flavors I’d collected for us to try.

Now here’s where I should probably tell you what it was like. But I won’t. I want you to try it yourself. I promise that it is worth the $13. Just wait and see.

I will say that some of the things that we tried were changed significantly by the miracle fruit. Some things were made so sickly sweet they were nearly inedible, the flavor of others barely changed at all, which I admit, was a disappointment. Others were just perfect.

Photos from our flavor tripping fiesta: 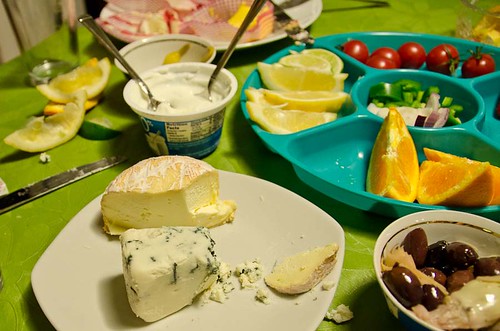 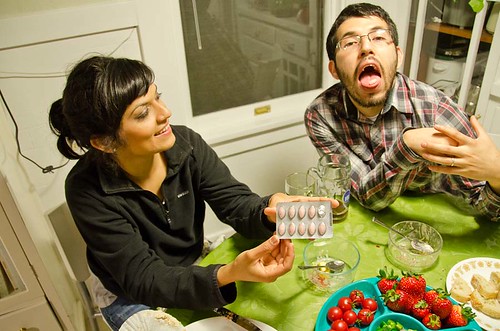 Cesar shows how we were instructed to roll the tablet around on our tongues slowly, covering every surface until it fully dissolves. 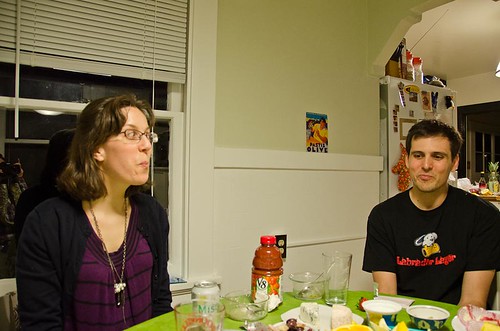 We all sat in silence staring awkwardly at each other as we focused on rolling it around on our tongues. We exchanged glances, curious if anyone was ‘feeling anything’ yet, but of course there was nothing to feel. The test comes when the tablet is gone and you’re ready to dig in. 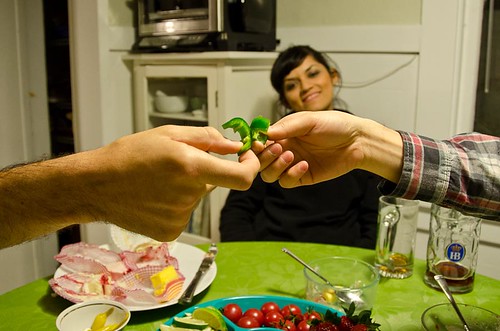 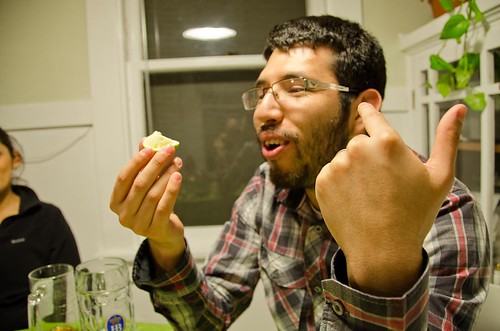 “Holy crap,” as he bites into a lime. 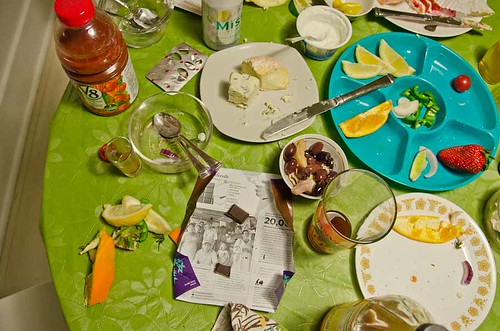 How none of us got sick after consuming this strange assortment of stuff is beyond me!