You are here: Home / Thoughts / How to Embarrass Your Wife at a Travel Blog Conference
Share4
Tweet8
Pin3
15 Shares

Before I begin, I have to give credit where it’s due.  I’m a very supportive husband.  Sure, it’s also true that Cassie has done a great job developing this blog and applying the lessons she’s learned to recently shift her career to web communications. Her clients have given rave reviews so far and I’m very proud of this new direction in her life.

And I really am trying not to screw it up for her, I swear! 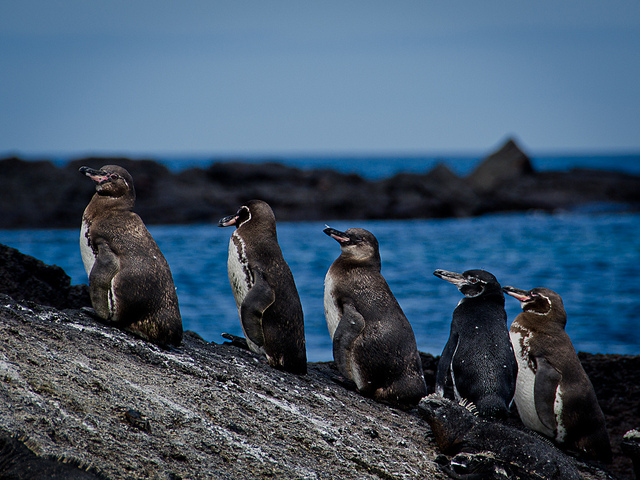 On the first night of last year’s TBEX conference, there was a pub crawl organized by the Denver Visitor’s Bureau. Lucky me: we got to start the weekend with one of my favorite pastimes – drinking beer!  And since I wasn’t exactly deep into the “blogging scene” and knew no one at the event, I definitely needed to put back a couple of Colorado’s finest ales before I got the nerve to talk to anyone.

So by the time the beer — that perfect social lubricant — had begun to work its magic, we were at the second brewpub of the night.  A guy with a name tag indicating he was part of the event stood before me, and I overheard that he’d been to Turkey recently.  So I jumped into the conversation, volunteering that Cassie and I had planned to visit Turkey one day soon.  Only he hadn’t said “Turkey,” he said “Antarctica.” I defy you to tell the difference in a noisy bar!  So I quickly shifted the conversation to penguins.

I love penguins, and by chance, I’d read this article only the day before about the original Scott expedition to Antarctica, and a newly discovered journal by a doctor accompanying the voyage.  George Murray Levick had witnessed these penguins performing acts of “astonishing depravity,” and the Natural History Museum of London declined to publish the findings in the original report on the expedition because they felt them to be too lewd.  To me, this story is interesting because it tells us far more about human beings and how we’ve evolved as a society than it does about Adélie penguins.

So I started to tell him the story of this discovery and the strange sexual behaviors of the penguins, when I saw him space out, looking through me, desperately seeking any face he recognized so he could pull himself away. I don’t think it was possible for him to care any less about what I was telling him.  Here is the actual video of our conversation:

Only later did I find out the guy I was talking to was one of the most-read travel bloggers in the world.  Oops!

But not even 30 seconds after that other blogger nearly died of boredom and made his escape, the only person I would recognize at the entire conference was standing right in front of me.   She is one of Cassie’s favorite bloggers, I’d read her articles about food in Peru, and seen her photo on her website.

I figured I’d break the ice. “My wife is a really big fan of your blog,” I told her excitedly. (Cassie says I said it too excitedly, but I still think it was just the right amount.) She looked up at me, opened her mouth as if beginning to respond… and then turned ninety degrees directly to her left and immediately started talking to someone else.

It was then that I began to question whether my game was on that night.  I took my beer and my thoughts to the patio outside to question whether my presence was helping Cassie make the positive impressions she desired.  I then decided it was best to belly up to the bar and impress the locals with my vast beer knowledge, leaving the networking to my better half so she wouldn’t have to admit she knew me.

I have to hand it to myself.  I really am a great husband.