From the beginning, I thought tamales were a complicated food. The first time I tried this traditional Mexican dish was shortly after I moved to California in 2001. I was exploring a farmers market in Long Beach when I spotted a food stall advertising a two tamal dinner special. I’d heard of the dish before, but I’d had never had the opportunity to try them in the culinarily homogenous region where I grew up.

I was naive and alone, so when they handed me my plate there was no one around to tell me that you’re supposed to unwrap the cornmeal patty from the thick corn husk and throw that part away! I tried to cut into the fibrous husk with my plastic knife. When that failed I picked it up and tried (unsuccessfully) to bite off a piece. Frustrated, I wound up throwing the plate in the garbage. It wasn’t until several months later when I told this story to a large group of friends that I realized–embarrassingly–what a big mistake I’d made. 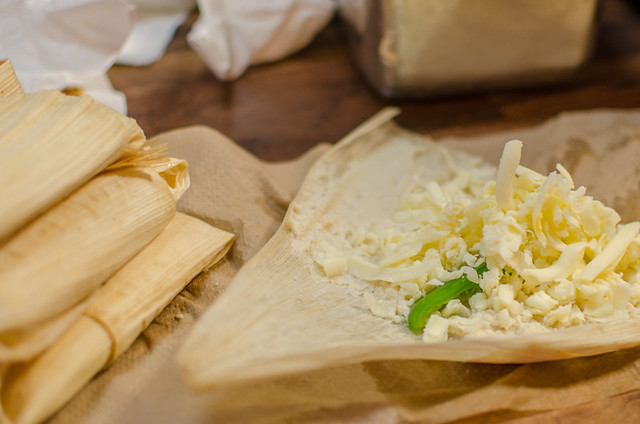 Since then I’ve loved this flavorful dish and always wanted to make it at home. For years I’ve tried to get my Mexican-American friends to invite me over to teach me how to make them, but all I’ve gotten were groans about how much work it is. So when I saw a Groupon for a tamale making class at a taqueria near my house, I jumped on this opportunity to learn how to make tamales.

How to make tamales:

Our expert instructor, Margarita, said she can make over 100 tamales an hour, but even though we were much slower than that, we found the process to be quite simple: 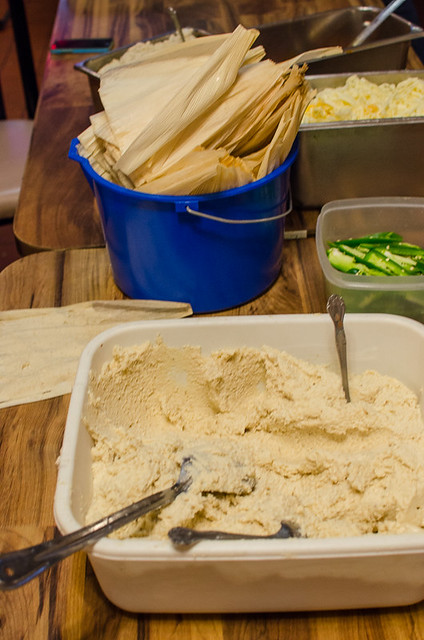 There was nothing to be afraid of!

Check out this video to see how easy it can be: How to Make Tamales (Tamalada: Tamal-making Party)

There are a few challenging aspects of this process, but luckily they have an easy fix.

The wrapping of the tamales is by far the most time-consuming part. Still, we found it really fun to do as a group (especially with a cocktail or a bottle of wine!) Tamale-making is a social endeavor and would make a fun activity for a dinner party — you can even make extras so your guests can take a batch home! Make them in the largest quantity you can because tamales freeze really well. 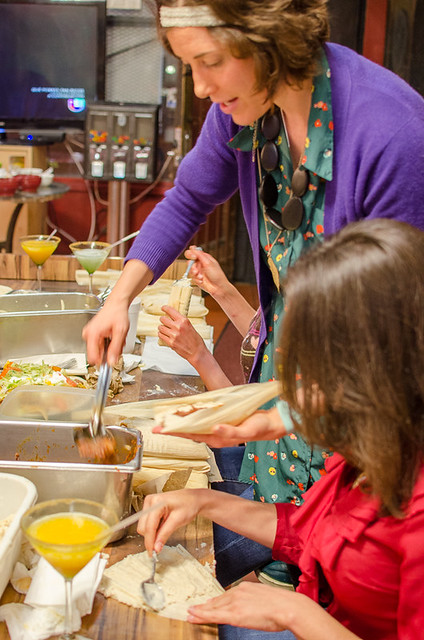 The only other part that could be considered labor intensive is preparing some fillings like stewed chicken or pork. That’s an easy fix because you can make these fillings a day in advance or even prepare them in a more hands-off manner using a slow-cooker.

You do need to have some basic equipment: a stove top steamer basket (like this one or this one)– the former is cheap, and I often see the latter for just a few dollars at thrift store. An electric blender will help get the masa even consistency but mixing by hand will work, too. 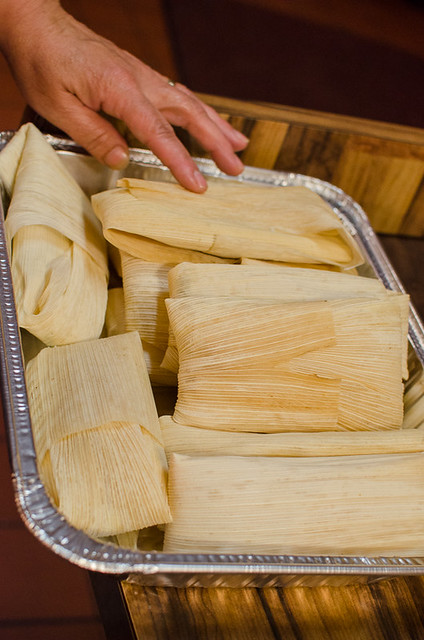 Otherwise the process was easier than I thought and the final product — the twelve tamales I rolled that I got to take home — were really delicious. I feel more confident in my ability to make them at home and look forward to hosting my first tamale making party…

Who wants to join me?