My dog and my cat bring great joy into my life, but it’s times like these that test the limits of my affection.

About two years ago, BOTH of my pets developed a yet-undetermined allergy that causes them to lick and scratch themselves bald and dig red, infected patches all over their bodies. I’ve taken both of them on several visits to the vet in an attempt to get their allergies under control via antibiotics, steroid injections, sprays, creams, special foods, et cetera.

Here are a few of the things we’ve tried (so far) for my pets’ allergies:

Prescription and over-the-counter sprays to treat the infection, stop them from biting, and/or soothe itchy skin. We’ve used a number of different products to prevent and heal the wounds, some that have worked better than others. And certain ingredients that are safe for dogs are not safe for cats, so in some cases we’ve had to buy different products for each animal. 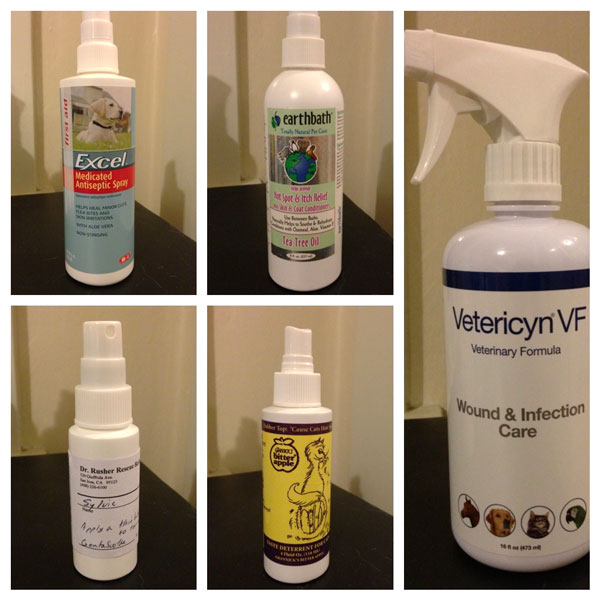 Non-prescription oral supplements and over-the-counter allergy medications. This includes wacky items like Omega 3 fish oil supplements and Rescue Remedy for Pets,  a homeopathic stress reliever that I’ve been giving to the cat, in case her biting is caused by anxiety. How a pampered indoor cat that sleeps on my pillow would be anxious, is beyond me!  (Not shown: the prescription antibiotics that they’ve both been on at various times).

PS–Shoving a pill down a cat’s throat is nearly impossible. And though the dog will eat any rotten, nasty thing she finds on the street (including dead animals and cat feces), she’ll gingerly pick around any minuscule pill we sneak into her food. 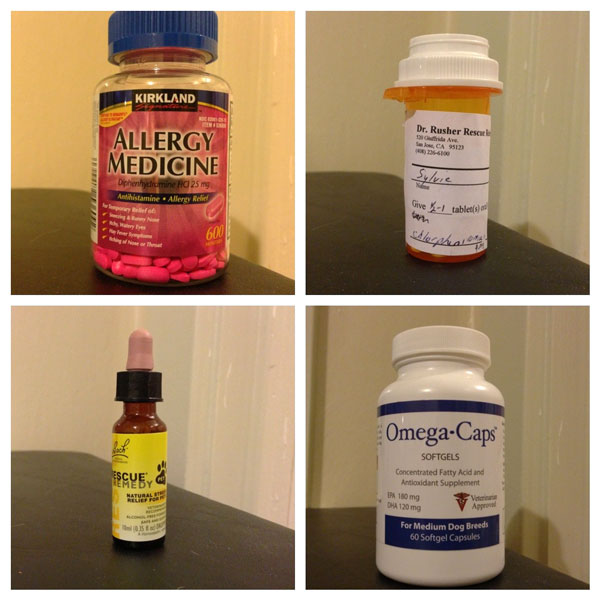 Special shampoos in various antibacterial and skin-soothing formulations. The dandruff shampoo is from when I thought the problem was exacerbated by a fungal infection. I’ve tried every crazy thing I’ve read on the internet! 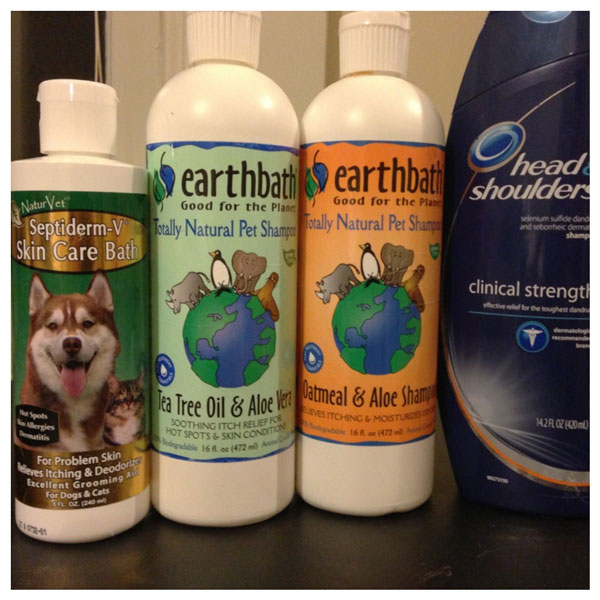 By the way, if you’ve never tried to give a cat a bath, do it sometime. It’s awesome. 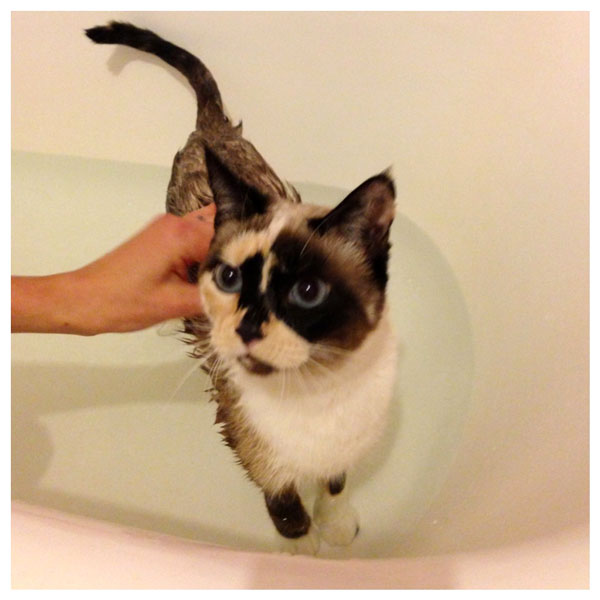 Dog-sized and cat-sized Elizabethan collars to keep them from scratching. Too bad they’ve both learned to push them aside or better yet, rub the plastic directly against the wound, making it worse. Note the cat bite marks on the small plastic one. At least she hasn’t chewed all the way through it yet. And I bought the pretty fabric one from a local craftsperson. It wasn’t all that expensive and I thought it looked more comfortable than the plastic one, but again, the cat learned to push it aside within 24 hours and carry on with the biting. I haven’t touched it since. 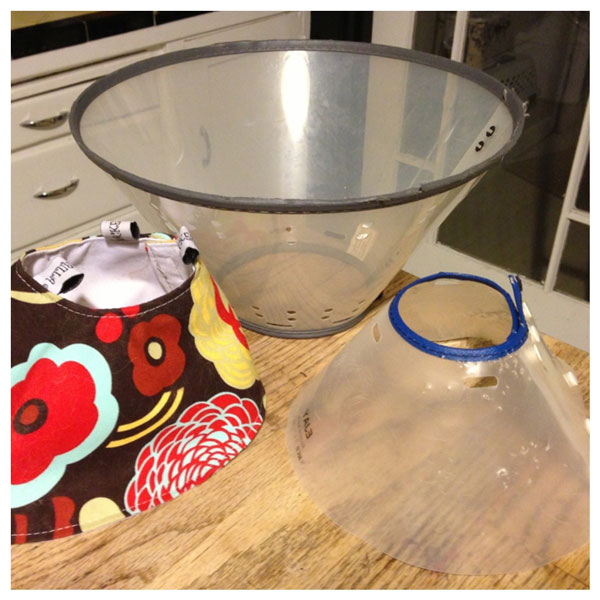 Systemic flea treatments. Yes, many people put their dogs and cats on this to keep fleas out of the house. The difference is that those people give them these expensive treatments every four weeks and often times discontinue use of them during the winter months. Our pets are on them every three weeks, year-round. 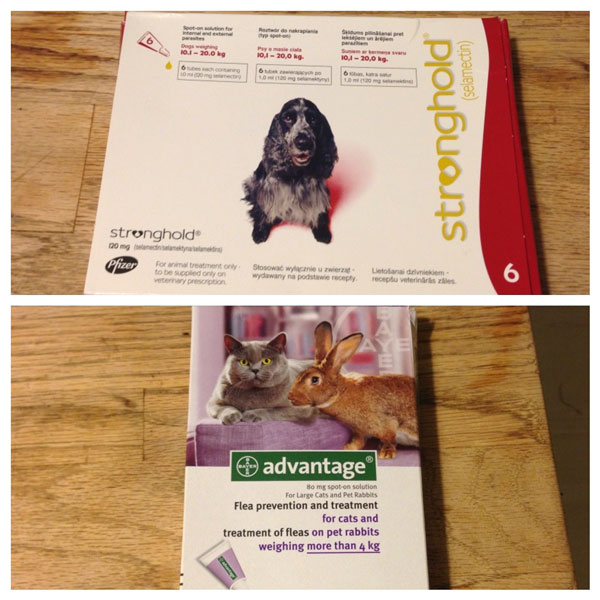 Expensive foods for pets with allergies. This is one of the most ridiculous parts, but it is the one thing that has mostly seemed to have worked the best though it hasn’t eliminated the problem completely. My cat eats this terrible smelling, pre-digested “hypoallergenic” kibble that we can only buy at the vet. And my dog eats sweet potato and venison (deer meat) every single day! She eats better than most people. 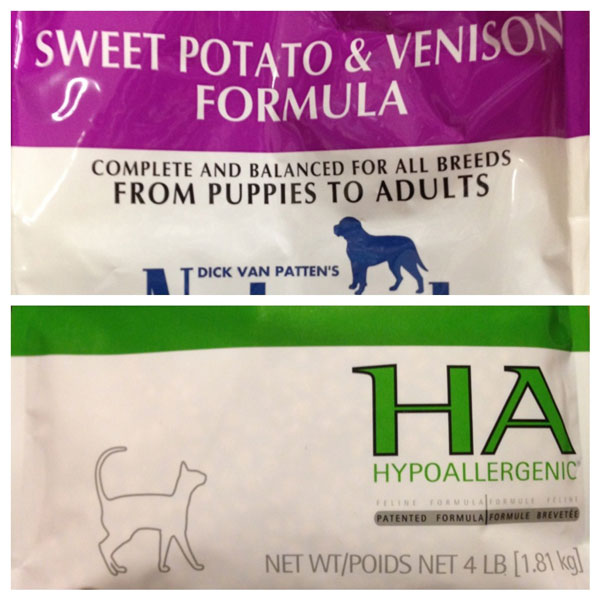 Unscented/dye-free cat litter. In case the cat is allergic to the perfumes in regular cat litter. This product is no more expensive than conventional cat litter, but they don’t sell at Target, Costco, nor the grocery stores we go to so always involves an extra trip. 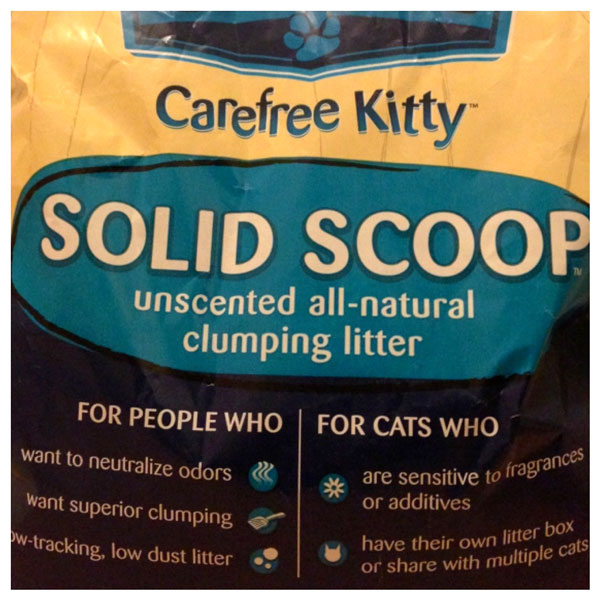 Unscented, dye-free laundry detergent. I’ve started to use this on all our sheets and blankets, in case the pets happen to have “sensitive skin”. 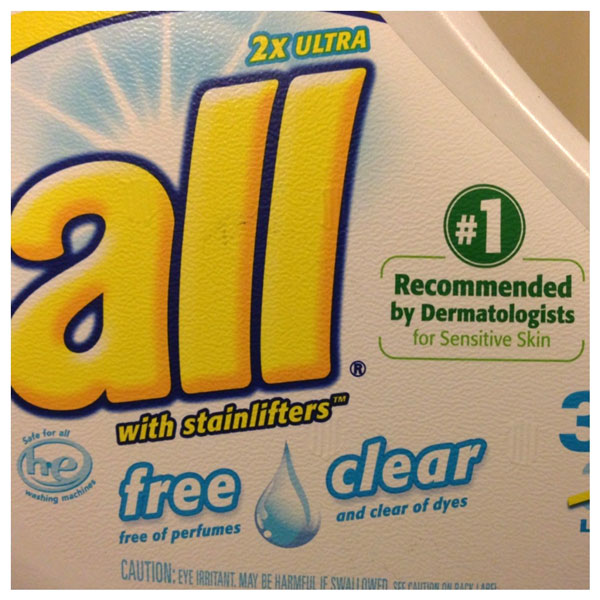 But what does this have to do with travel?

Because we’re broke and can’t afford to go anywhere!

While all you travel lovers are journeying to the far reaches of the globe in 2013, I forsee a year of huddling on the couch under a blanket (washed in perfume-free detergent, of course) watching TV with our itchy, allergic pets bashing us into us and knocking over things with their awkward, plastic collars.

And I wouldn’t want it any other way.