A few weekends ago, we met up with my sister and her fiance who were visiting from Pennsylvania. They had spent a week in Los Angeles, but they wanted to meet up with us for a few days before they went home, so I suggested we meet halfway in the Central California wine region of Paso Robles.

We spent our first afternoon hopping between local wineries, tasting some good things, but with no real plans for what to do next. At our last winery of the day, my sister picked up an flier for an olive oil farm that offered free tours by appointment. It was close to 4 pm and I figured there was no way that we would get an appointment at this time of day, but she decided to give them a call. Surprisingly, they were able to meet with us right away, so we hopped in the car and headed up the hill to begin our Paso Robles olive oil tasting adventure.

Kiler Ridge Olive Oil Farm is owned and operated by Gregg Bone and Audrey Burnam, who were inspired to produce olive oil while on a cycling trip through Tuscany. They bought the Paso Robles property in 2005, planted several Italian varieties of olives and were able to produce their first batch of extra virgin olive oil in 2010. Their annual output is quite small, and everything is produced over a few weeks each November. 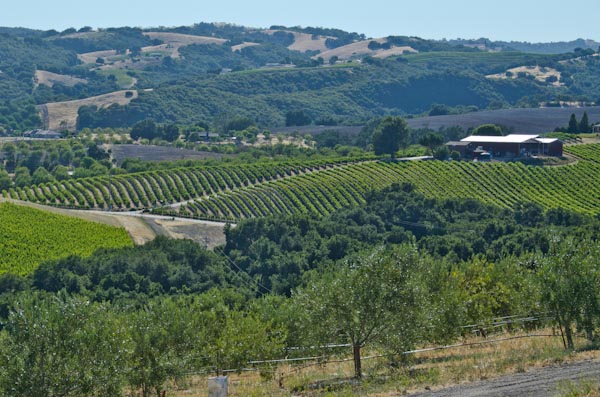 The property is beautiful. The olive oil tasting room and small mill that they call Frantoio is perched on a hill overlooking the westside Paso Robles wine estates. I can imagine how excited they were when they saw the resemblance to the rolling hills of Tuscany.  I took advantage of the view to take some photos of my sister and her fiance that they plan to use for their wedding Save the Date card! 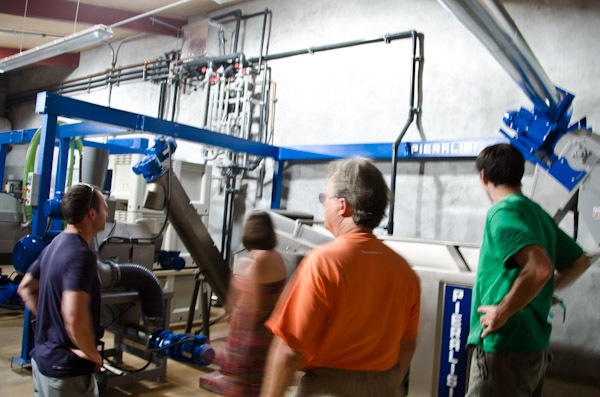 Gregg gave us an enthusiastic tour of the production facility. He’s an engineer by trade who has poured his creativity into the olive oil making process. The heavily insulated building uses natural, straw-bale construction, and he custom-built an olive harvest weighing device that he controls on his iPod Touch, using software he wrote himself!   The rest of his facility is a technological marvel consisting of high-speed centrifuges and other machines designed to extract every possible molecule of oil from the fruit as quickly as possible.  It’s an interesting process, and if you like gadgets, you’ll love this place.

Finally, we arrived in the tasting room where we sat down at a small bar to sample all of their varieties with fresh-baked bread, from most mild to the most bitter. The aromatics that give fresh extra virgin olive oil their distinctive, peppery bite break down very quickly, so the 2011 varieties (that were actually produced in late 2010) were much milder and vegetal than the more recent batch. The more recent varieties, the 2012 Gregg’s Reserve and 2012 Tuscan were both more bitter and pungent, flavors that I really like. 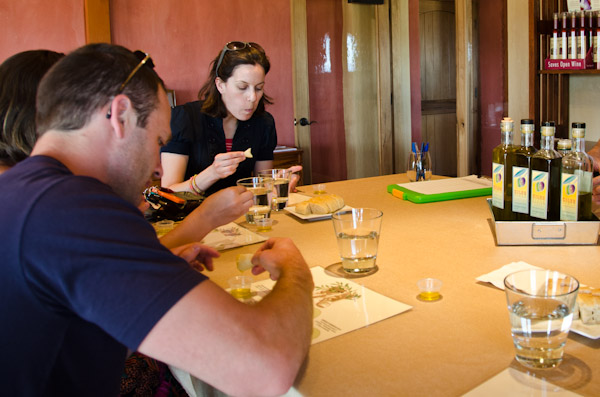 It’s scary, but true, that many store-bought oils  are probably not actually extra-virgin, likely contain benzene (a toxic solvent used to extract as much oil as possible), and even include cheap dilutants like peanut oil (peanut allergy sufferers beware!!!).  So if you’ve only had store-bought oils, I can guarantee you’ve never tried anything like this!  He added that if you visit just after the harvest in November, you can sample their incredibly fresh and delicate olive oils that have a very short shelf life (I’m marking my calendar for this!).

Finally, they offered the ultimate no-brainer:  The olive oil of your choice drizzled over vanilla ice cream and topped with a sprinkle of sea salt!  The pungent oils and salt highlight the sweetness of the ice cream and create a magical, buttery feel on the tongue.   It was amazing!  So amazing, in fact, that we were inspired to replicate it at home and make our own ice cream using whole vanilla beans!

Here’s our recipe and a photo of it drizzled with Kiler Ridge olive oil and sea salt: 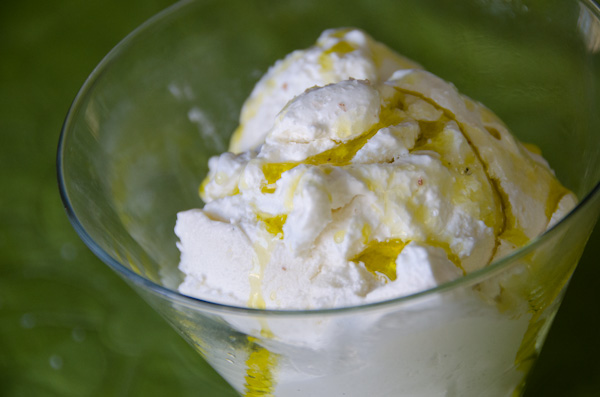 Salt and olive oil on ice cream — what do you think?