I think the romance of Paris really comes out at night: The warm glow of monuments and street lights, pink skies against the eclectic architecture, the old versus the new. Though I don’t always take great night photos (I’m working on this), we did haul our full-size tripod on this trip and for once actually used it in a few key spots (e.g. sunset at the Eiffel Tower, Louvre pyramid, Arc de Triomphe).

Here are some of my favorite photos of Paris at night: 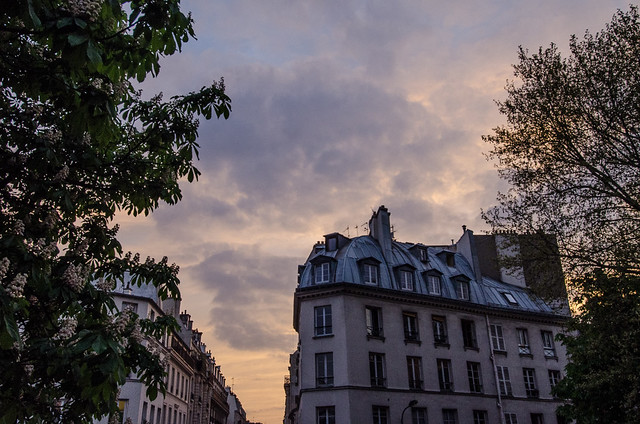 The Eiffel Tower at Dusk. View from the 56th floor observation deck of Montparnasse Tower: 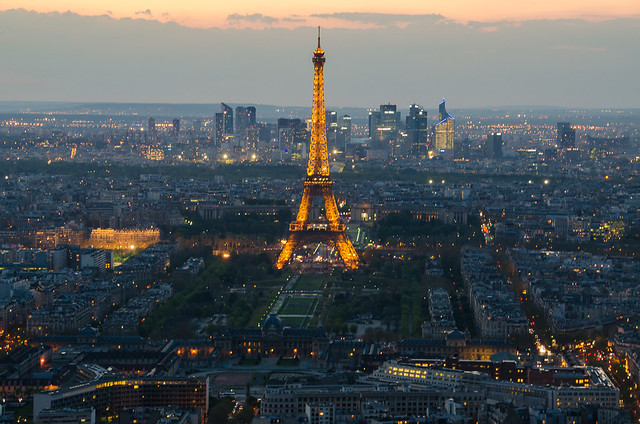 View from the Montparnasse Tower, about 20 minutes later: 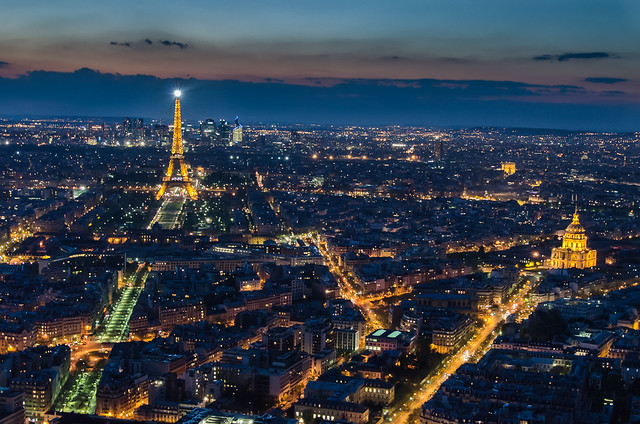 The Eiffel Tower from across the River Seine: 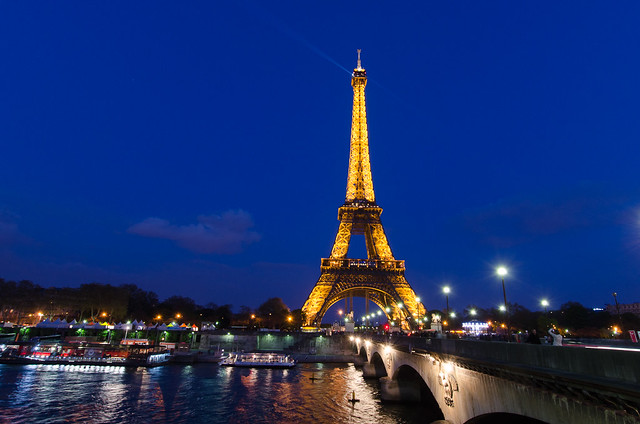 The Notre Dame Cathedral from across the River Seine: 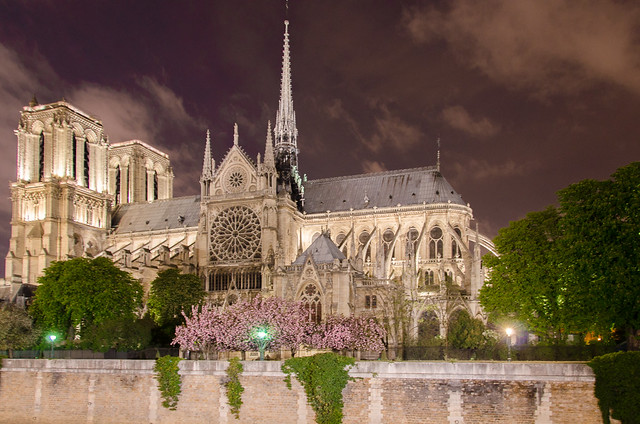 Reflections on the River Seine: 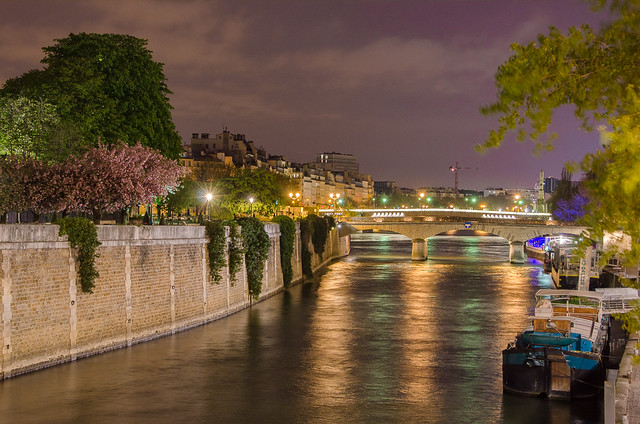 The Louvre Pyramid at night: 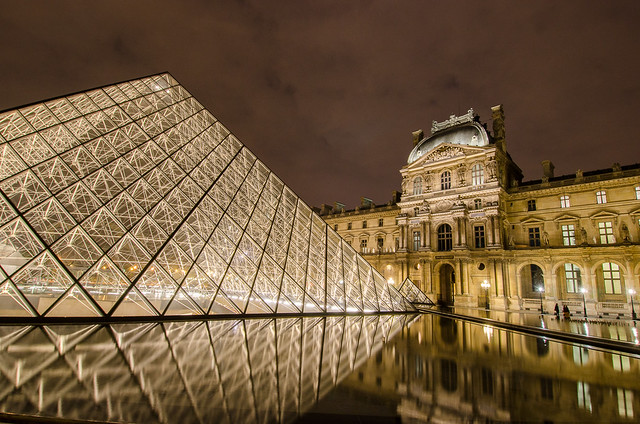 The Arc de Triomphe with cars zipping by: 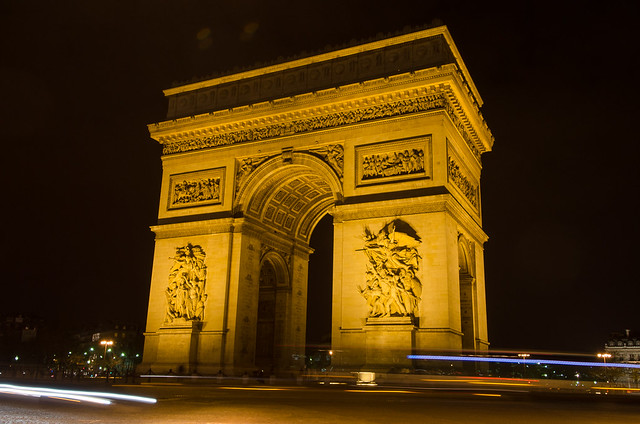 Rue d’ Odessa in Montparnasse is known for having dozens of cafes that serve crêpes: 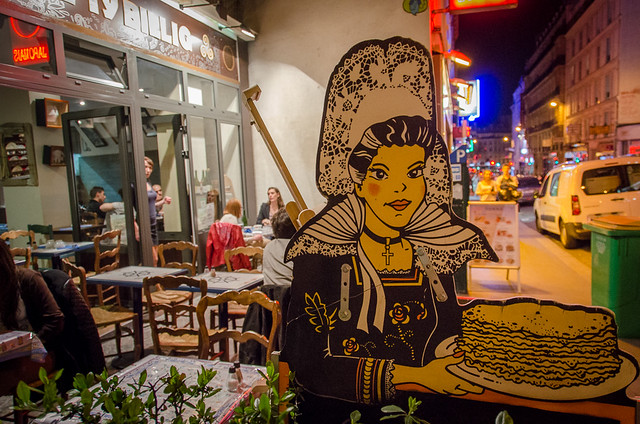 Waiting for a train at one of the street-level Metro platforms: 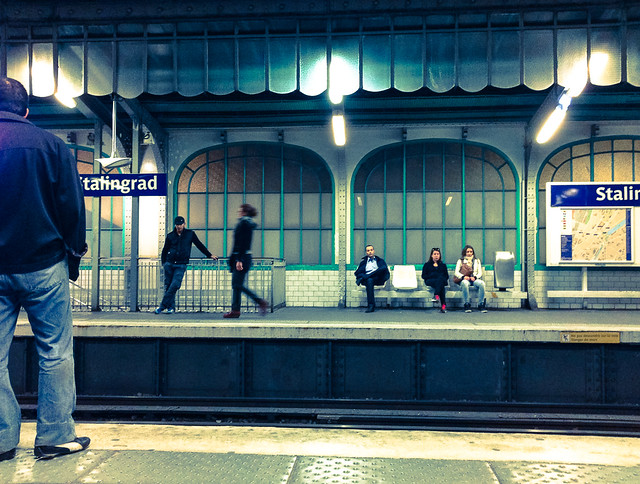 The bright lights of a Paris Saint-Germain (vs. OGC Nice) soccer game: 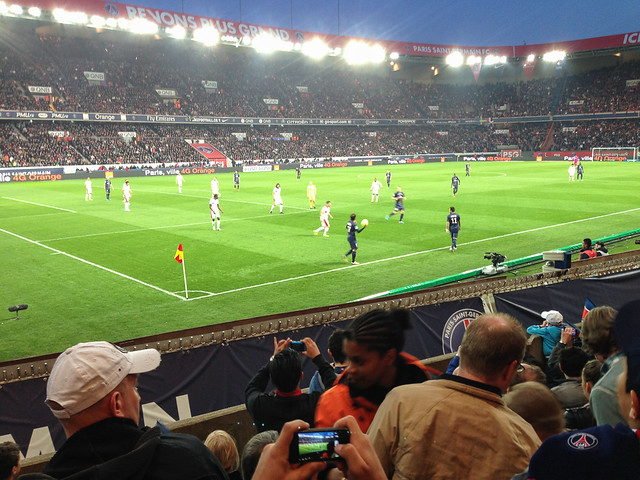 Our colorful apartment building in Ménilmontant: 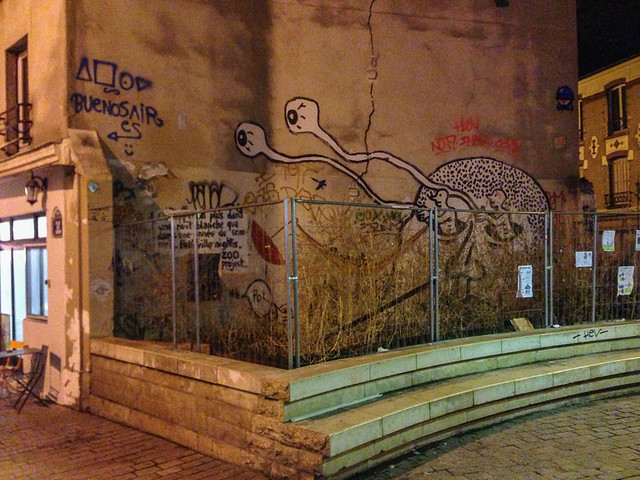 The bright lights and windmill of the famous Moulin Rouge cabaret: 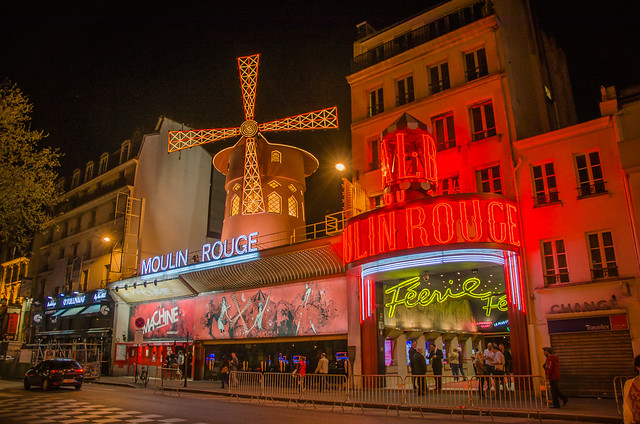 The Sacré-Cœur Basilica on top of the Montmartre hill, the highest point in the City of Paris: 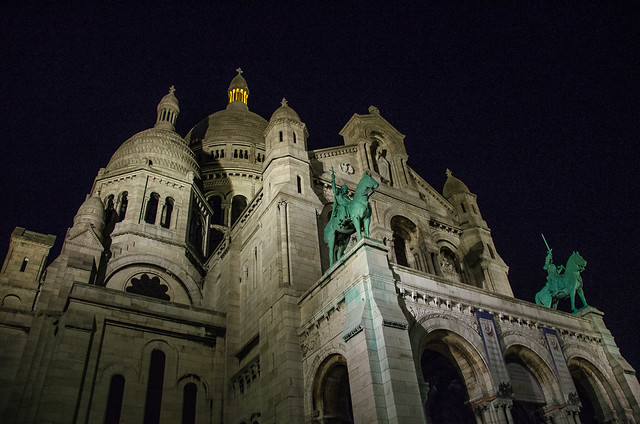 The view over Paris from the steps of the Sacré-Cœur: 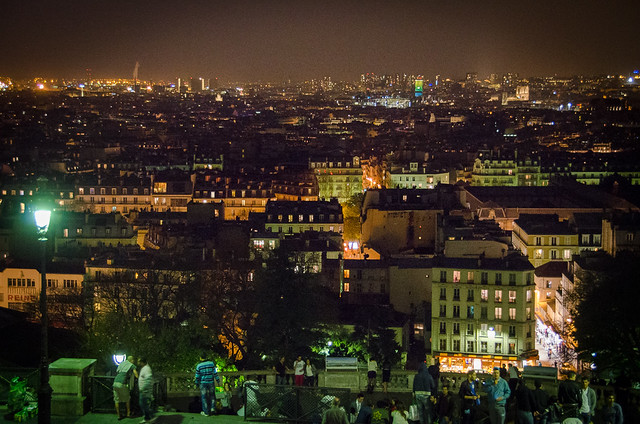 And last but not least, a cell phone video I shot of the twinkling lights of the Eiffel Tower. The tower is lit like this for five minutes at the top of the hour every night after sunset.

What do you think: Is there a city more magical than Paris at night?