There’s this photograph of Los Angeles that I love. It was taken at night in the 1960’s; two young women sitting in a modern, glass-walled living room perched on the edge of the Hollywood Hills. The valley below is lit up with twinkling lights for as far as you can see and their house seems to float over the city. It’s a glimpse into a quiet moment and an excellent vantage point for admiring the city. Here’s the photo, taken by midcentury architectural photographer, Julius Shulman. I was excited to find out that you can visit this home and see this famous view yourself. 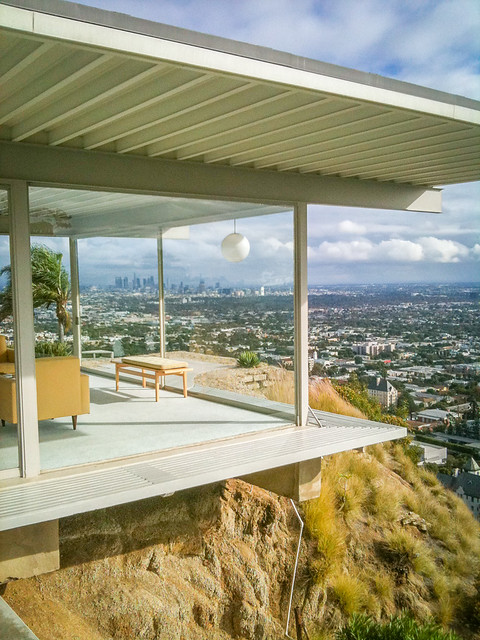 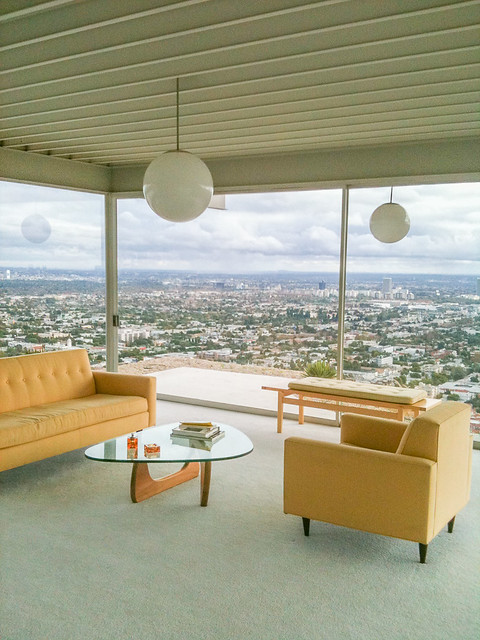 The Stahl House (also called Case Study House #22) was built by architect Pierre Koenig in 1960, it was originally part of the esteemed Case Study House program and it’s considered one of the more historic buildings in Los Angeles’ 20th Century modernist architecture.  The Stahl Family commissioned design and construction of the house back in the 50’s and continues to own and operate it. One of the original owners (Carlotta Stahl) lived in the house until just recently, vacating it on occasion when the home was rented out for special events and movies and TV filming. 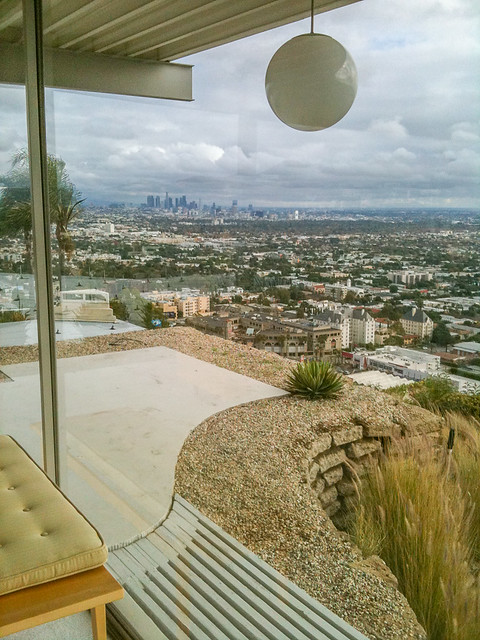 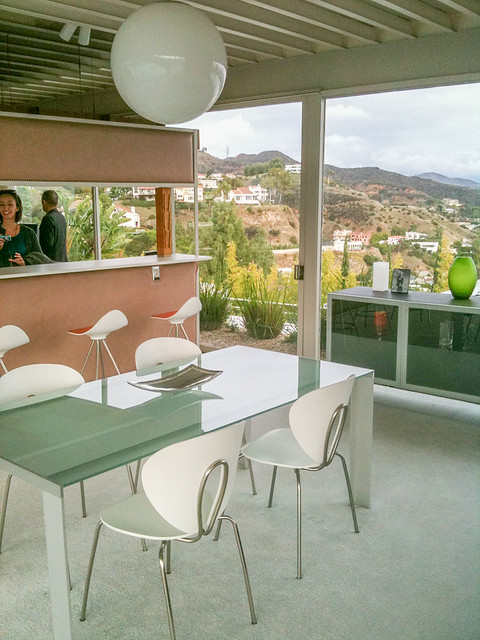 On our visit, the family’s youngest son, Mark Stahl gave us a short tour of the house, complete with stories from his childhood growing up in the house. Those (pre-tempered) pane glass windows, sharp concrete corners, and back patio perched over a steep and rocky cliff look like a death trap for a raucous group of young boys. Amazingly, they all made it out alive! 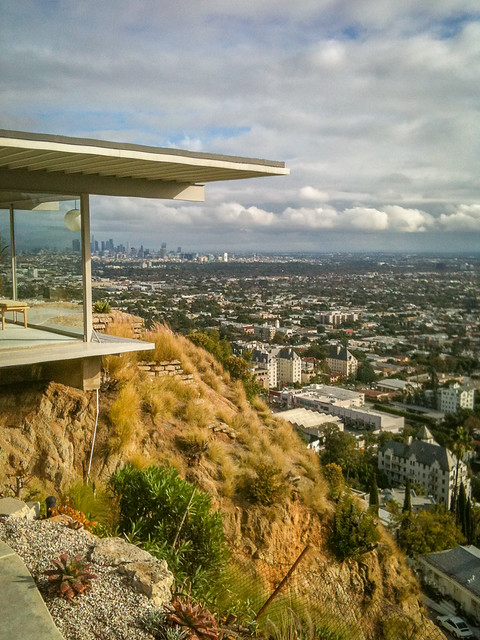 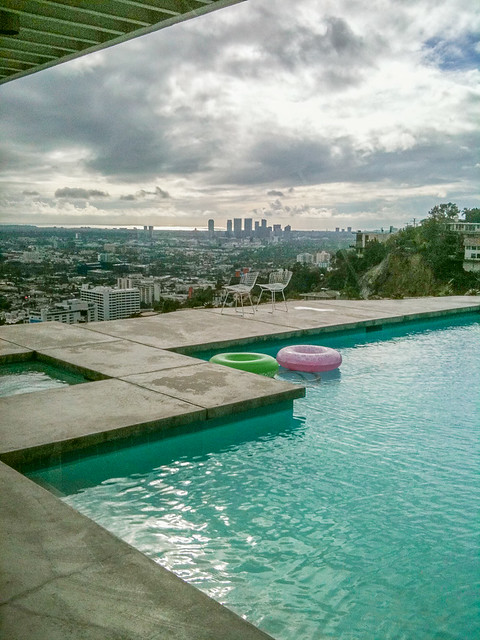 I found these photos from our 2009 visit to the Stahl House just this week, hidden in a set of photos I had snapped on my phone. I had thought the only pictures I had taken were lost forever in an hard drive failure, so I was thrilled to have the chance to, once again, enjoy this excellent view.

Visiting the Stahl House:
The house is open to visitors by appointment only. Buy tickets from their website: http://www.stahlhouse.com/