We recognize that our last post on Easter Island was a little light on details about what exactly we’ve seen and done so I wanted to write more about the actual experiences we’ve had, the things we’ve seen and learned.  It’s hard to put into writing what this place is like because it’s unlike anywhere I’ve ever been. There are some times that it felt like Hawaii, other times like the indigenous coastal communities of Mexico’s Yucatan peninsula, and other times it felt a world away. 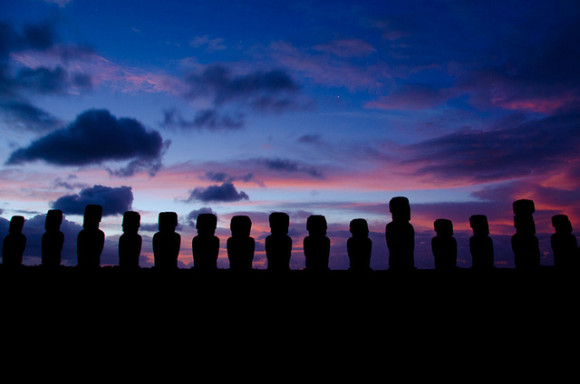 Easter Island, is known as Isla de Pascua in Spanish and Rapa Nui in the native language.  The island was named by a Dutch explorer who landed there on Easter Sunday, 1722. The island is a tiny polynesian island, with a population of approximately 6,000 people, a mix of indigenous (Rapanui) people and Chilean mainland transplants. It is a full 2,100 miles off of the coast of Chile. Anthropologists and archeaologists have flocked here since that time to see these mysterious and massive and ancient human forms, known as moai. The coastline is rugged, with jagged black volcanic rock cliffs and few sandy beaches. The triangular shaped island was formed by the explosion and land expansion caused by three volcanos.

The island is surprisingly barren, with few forests and mostly vast plains of green grass, black volcanic rock piercing the ground. Wild horses graze freely, cows and chickens often cross your hiking path, and very large, but most often friendly, feral dogs roam the countryside and protect each doorway. The dogs look a lot like German Shepherds, and Kevin and I speculate though we couldn’t confirm, that early settlers brought the dogs here to herd sheep.

There are few commercial agricultural fields. The land has shallow, rocky soil, and in this time of globalization, they find it easier to import foods than to grow it themselves. As a result, food is scarce and expensive.

Wild horses roam the countryside. At times we saw some that looked like they were starving to death (bony ribs and a distant look in their eyes). We were told later that these horses were known as ‘zombie horses’ and were afflicted with a neurological defect caused by eating a very common, but poisonous wild plant, and would likely die from the condition.

Upon arriving at our coastal camp ground where we stayed for the duration of our time on the island (Camping Mihinoa—the best deal on the island at about $12 US per person per night), we saw our first two moai (giant stone heads). Of course they were fake, but they added to the atmosphere of our campsite.

It was a ten minute walk along the rugged coast from our campground to downtown Hanga Roa, which is only community on the island. As we approached the small harbor, we could see the first of the (real) moai: One large one located near the harbor, and an ahu of five moai just north of the town. We saw a few more as we walked north.

Our second day, we hiked up to the Rano Kau crater and the Orongo petroglyphs and ruins. At the top of this volcanic crater (a landscape like no other), was the Orongo community of religious significance to the native people. This is where the Bird Man competition was held, an annual contest of all the island’s tribes to retrieve the first egg of the sooty tern, a bird that roosts on a small islet off the coast. The competition involves climbing down the cliffs, swimming across a shark filled channel, and camping on the islet until the bird eggs arrive. The first competitor to complete the task became king, ensuring peace between the tribes (at least until Western Explorers arrived and enslaved nearly everyone). The rocks overlooking this view were covered with petroglyphs telling stories of this contest.

On the third day we rented a car from the owners of the campsite and got up before sunrise to drive to Ahu Tongariki. This ahu is one of the most impressive on the island, with 15 moai lined up along the rugged coast.  Before sunrise, in pitch dark, we got out of the car and hiked about 50 yards with the flashlight pointed straight down so we didn’t trip.  Then, we searched with the light, finally coming upon the moai.  Seeing the imposing, 50 ton megaliths in this light, was an awesome, if a bit creepy, experience.

We then went to the quarry at Rano Raraku. This volcano was the origin of the vast majority of the moai on the island and we saw hundreds of the massive statues in various stages of completion. We met up with a guy who works at the park who told us a lot about the statues and the theories of their existence. It turns out, he’s training to compete in an annual triathlon they have to recreate the indigenous contests of the island (not the bird man competition—sorry, Cesar!). He showed us the heavy, weighted sand bags that they would have to wear around their neck for a long run around the rim of the crater.

We ended the day at Anakena, where another ahu overlooks a beautiful sandy beach. We spent the afternoon lounging on the beach and eating empanadas and fruit from a beachside vendor.

Day 4: Historic Museum, Hike to Lava Tubes, and a LONG Walk around the island!

We started this day with a visit to the small, but informative historic museum with artifacts and stories of the island’s history. We then set out to hike to the Ana Kakenga lava tubes, a cave-like structure that opens to a view over the rocky coast. We thought this would be a 2 hour round trip hike and packed accordingly (though we failed to tell one of our companions, Ryan, of the hike idea—he thought we were going to the museum and then out to lunch).

After the lave tubes we decided to continue the walk around the coast to see some of the inland ruins we had missed. Though it was starting to rain, and we were all getting a bit hungry, we decided to carry on. This route wound up taking an additional four hours, totaling over 6 hours until we got back to town. Luckily there were wild guava trees lining the road, so we kept ourselves busy, and satiated, by foraging for guavas at every opportunity.

Our return to town meant a dinner of empanadas, goodbyes to our traveling friends, and an early return to the campsite to pack up for our  departure the next morning.

Here are some more photos from our time on the island. Stay tuned, there are a lot more to come including some tips for how to visit Easter Island on a budget! 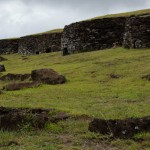 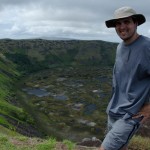 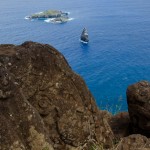 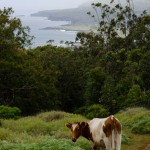 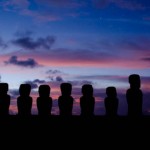 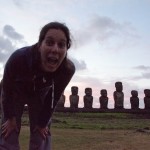 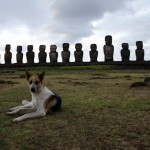 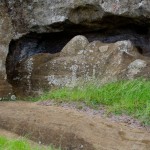 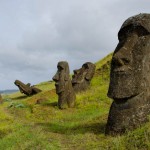 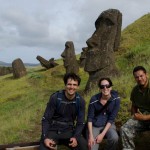 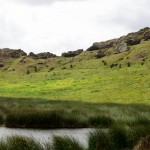 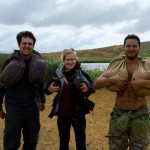 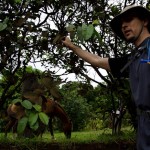 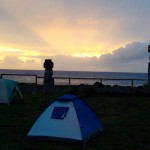 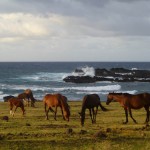 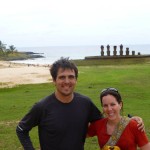 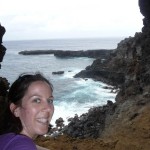 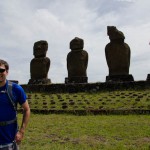 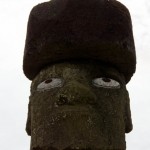 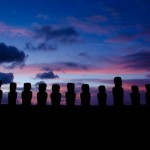