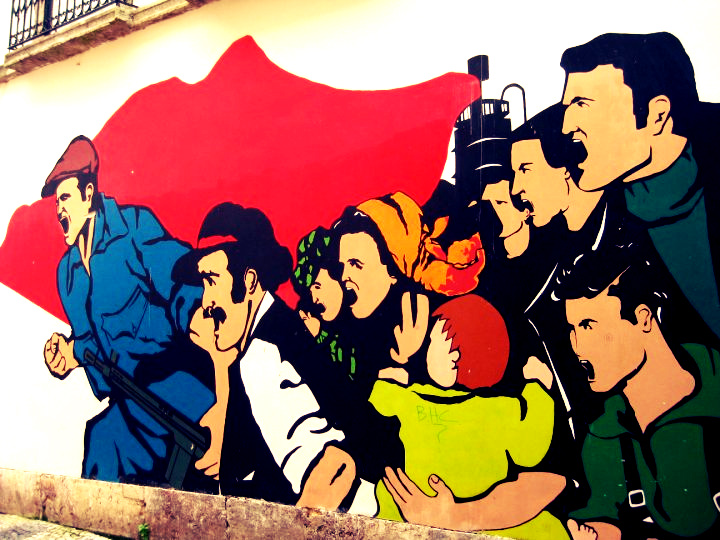 Bold mural, characteristic of the street art in Lisbon

The street art in Lisbon is some of the most creative and inventive that I’ve ever seen! Around almost every corner you’ll find vibrantly colored murals, hand-illustrated images on individual subway tiles, and even some screen-printed photographic tapestries hung up on blank walls and out of windows.

This vibrantly colored mural was one of my favorites. It depicts the 1974 “Carnation Revolution” when a peaceful military coup overthrew the dictatorial regime restoring democracy to the country and ending a civil war that had engulfed Portuguese colonies. The resistance had widespread public support and as the end of the war was announced, people flooded the streets to celebrate putting carnations into the muzzles of the rifles! If only all revolutions could be so easy!