You are here: Home / Destinations / United States / Those Other States / A Tale of Two Cities in Brooklyn
Share5
Tweet13
Pin148
166 Shares

If you’ve heard anything about the Brooklyn neighborhood of Williamsburg, you’ve probably heard of the hipsters–the moustached young guys in skinny jeans who knit and ride fixed-gear bikes to indie rock shows and art openings. You may have even heard about the gentrification, or the movement of wealthy residents from Manhattan into the sleek, highrise condominiums popping up along the waterfront, giving a new modernity and exclusivity to the formerly working class area. 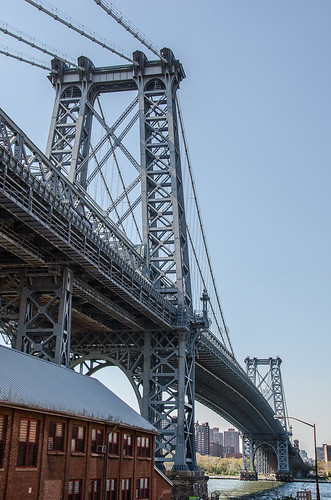 But there’s another Williamsburg that you probably haven’t heard of. This neighborhood is ethnically and culturally diverse and played an important role in the emergence of New York City as a global economic leader. In graduate school, I took a class on urban ethnic enclaves where I learned a bit about the varied communities and history of Brooklyn. So when we planned this trip to New York, I was eager to learn more. When Jeff from Brooklyn Unplugged Tours invited us on his Williamsburg Walking Tour, I thought it would be a great way to get a behind the scenes look at the neighborhood with a lifelong, Brooklyn resident. 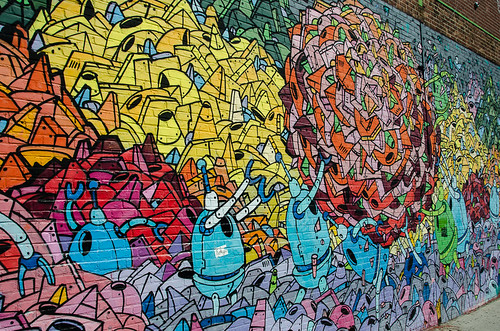 There were no other travelers signed up for the tour that Friday afternoon, so it turned out to be a private tour with just Kevin, me and two of our friends that had signed up to come along. I was enthusiastic and took full advantage of our newfound flexibility, firing off random questions at our guide, ranging from food to culture to history to religion to demographics to gentrification and even real estate development. By the end, I turned the tour into an entirely different itinerary than Jeff had planned for us. Luckily he was quick to pivot and happy to share the story (and stories!) of this community.

He started the tour by talking about the history of the neighborhood, how North Williamsburg had been a thriving industrial community in its earliest days, as the area where wealthy New York business people would build their factories and processing plants. Sugar refining, glass manufacturing, mustard making, and beer brewing all thrived in the neighborhood. These factories were the manufacturing hubs of the fast-growing city. Immigrants from around the world came to the community for the plentiful jobs. With the decline of manufacturing in the decades after World War II, the economy began to decline and by the 70’s and 80’s, the area was gang-riddled and depressed. 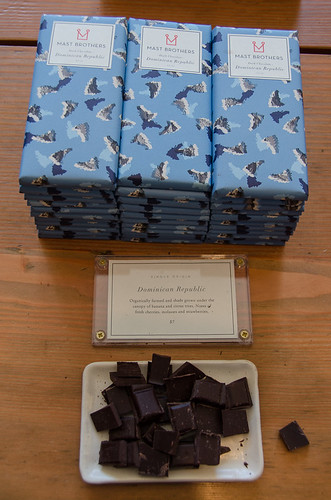 It’s hard to conceive of this troubled history as you pass by the fashionable boutiques, restaurants, and bars that now line the streets in North Williamsburg. We stopped into the Bedford Cheese Shop stocked with rare cheeses from around the world and bean-to-bar chocolate maker, Mast Brothers, to sample some of their artisan treats.

The industrial history is even difficult to see as so many historic buildings have been replaced by sleek, new construction. We did pass by the former Domino Sugar refinery, a vast brick structure dating back to 1882. This building once processed more than half the sugar in the United States. Like everything else in this valuable strip of waterfront, plans are in the works to redevelop the building into a mixed-use (residential and commercial) complex. [For an inside look at the blighted structure, check out this video from my friend Michelle at Untapped Cities]. 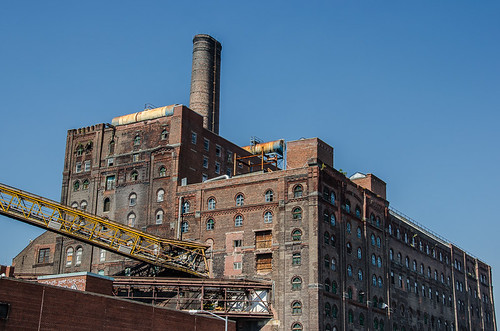 As we continued south and crossed under the Williamsburg Bridge, the landscape shifted.

Signs were suddenly in Hebrew, and all the pedestrians we passed were dressed conservatively in black suits or ankle-length dresses. The aging buildings and shops no longer had the shiny, modern look of those we’d seen to the north. We’d crossed over into South Williamsburg’s primarily Hasidic Jewish neighborhood. 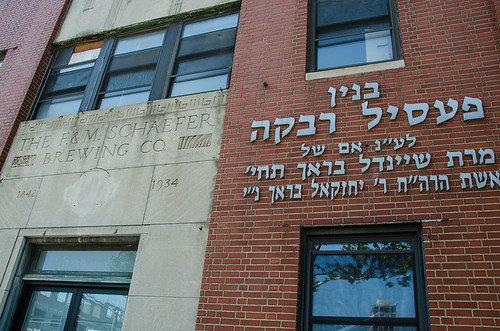 Being curious about this traditional faith, I asked lots of questions and Jeff humored me. He explained that Hassidism is a conservative branch of Orthodox Judaism. It’s not just one sect but made up of dozens of decentralized communities that originated in rural areas of Eastern Europe. Survivors of the Holocaust fled Europe and settled around the world, but in large numbers in Brooklyn.

True to origin, the community functions more as a village within a city. News travels by word of mouth, by signs posted up on light poles and banners strung up over intersections. There are no smartphones or Facebook here.

Because we were there during the holiday of Sukkot, there were other interesting things to learn about the community. As part of this observance, Hasidic families build a plywood structure called a sukkah on their porches, yards, and fire escapes. You could see them on all the buildings we passed. Throughout the holiday, people eat meals inside the sukkah and some people sleep there as well. The temporary structures remind observers of the nomadic life the Israelites lived after being exiled from Egypt. 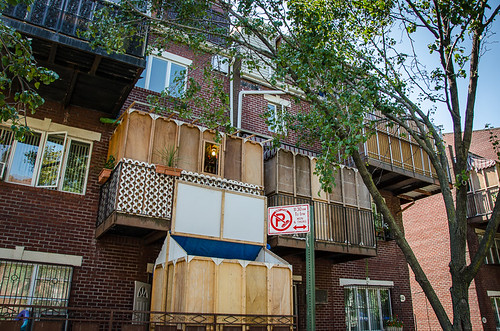 Because of the holiday, all the local-serving businesses were closed, including Gottlieb’s, a neighborhood deli that Jeff said was really good. Even if the shop had been open, he told me I wouldn’t have been able to go in the way I was dressed — their conservative dress code forbids women from wearing shorts. I was struck by culture shock, in the middle of New York City! 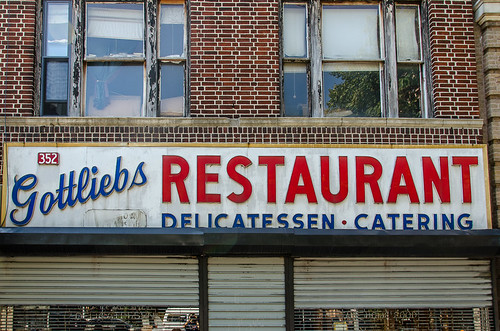 While gentrification is driving other ethnic communities out of Brooklyn, the Hasidic population is actually growing. As they grow in number, their political power is growing as well. As the community votes as a block, they wield significant political power, influencing development decisions across Brooklyn. Candidates for both city-wide elections and even the New York State Governor eagerly court the Hasidic vote. It’s rare that any ethnic group is able to influence the political process like this.

As we circled back to where the tour began, returning to the modern everyday world I understand, I realized how easy it would have been to miss the Hasidic community, getting lost in the alluring mix of Williamsburg’s trendy shops and restaurants. I was grateful to have have had a guide to take me through the city and lead me to the things I really wanted to see.

Going to NYC? Get 10% off Brooklyn Unplugged’s “Williamsburg Walking Tour” by using the coupon code “EVERinTRANSIT” when booking your tickets.

Kevin and I were hosted on this tour by Brooklyn Unplugged Tours, but the opinions and nonstop assortment of seemingly random questions I asked were all my own.