I love our home of Northern California and the wonderful culinary adventures that our area is known for, but I really believe the San Diego beer scene has got us beat!

This was a bit of a surprise to Kevin and I. We seek out craft breweries every time we travel (Denver, Colorado and Portland, Oregon also top our list for good beer communities), and on our pre-holiday trip to San Diego we knew we wanted to check out the big guys in the Southern California craft brewing world, Stone Brewing Company.  I visited San Diego a lot when I lived in Los Angeles, but I was only really familiar with the hippy, surfer beach neighborhoods, and the tiresome and fratty downtown entertainment district, the Gaslamp.

But after arriving in San Diego and settling for the weekend at The Lafayette Hotel in the central-residential community of North Park, we were surprised to find out that San Diego County has one of the highest concentrations of craft breweries of anywhere we’ve been. Ballast Point, AleSmith, Port Brewing, Green Flash, and the Alpine Beer Company are other names that topped the list of award-winning local beers, with new ones popping up every day. It’s great for visitors because the breweries are located so close together, perfect for a day (or week!) of beer tasting. [ One of our suggested itineraries: A North County San Diego Brewery Tour ] 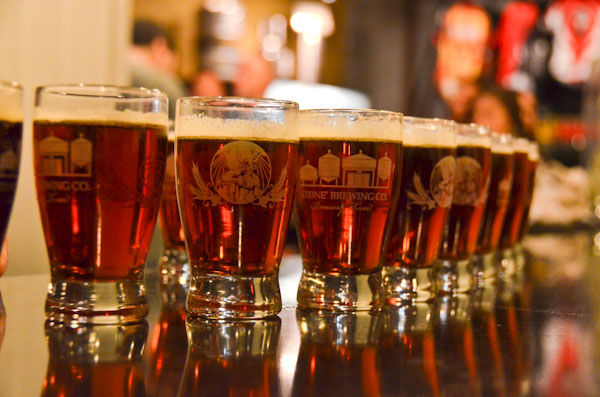 It seemed every little industrial park in the city has a small brewery operating out of it. And the industry is expanding so quickly, that as the breweries outgrow their facilities, they would sell their buildings and equipment to smaller startups, like hermit crabs shedding their old shells and finding bigger ones. Of the handful of breweries that we actually visited, this was the case at two of them. Lost Abbey/Port Brewing Company occupies the space formerly used by Stone Brewing Co., and Latitude 33 uses the space formerly used by Green Flash.

In addition to the breweries, the city has a really vibrant and connected home-brewing and beer enthusiast community. Everyone I talked to offered to give me a copy me of the local craft beer publication, The West Coaster which documents the news and happenings at all of the breweries, brew/beers stores, brewpubs and local events. One of the first places we visited was The Homebrewer, a tidy laboratory-like supplier of all the things you need to brew quality beer at home including a vast selection of bulk grains and double-wide refrigerator full of locally-grown yeasts.

The first night we were in town, we stumbled upon a Homebrew Tasting competition that The Homebrewer had sponsored, and we got to taste some really interesting brews and talk with many of the brewers in the contest. Everyone I talked to was enthusiastic about beer and really excited about their city’s beer scene. Many of the homebrewers talked of opening their own breweries one day–something that seems quite within reach the more we learned about the rapid growth of the industry.  These brewers were eager to support the small, up-and-coming breweries, and many mentioned Societe Brewing Company as a prime example.  We tried their very good Apprentice IPA with dinner one night. 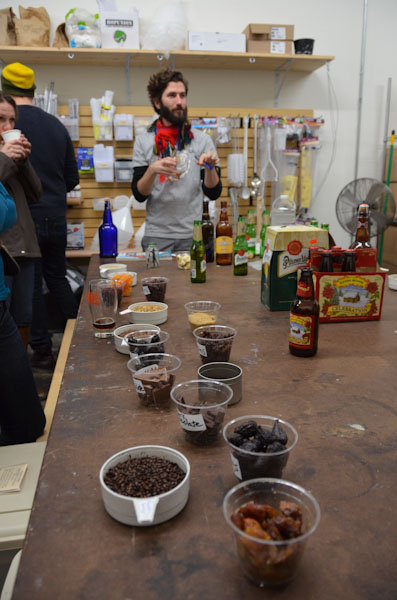 A beer flavor identification demo at The Homebrewer

Of all the businesses that cater to the San Diego beer loving community, the Bottlecraft Beer Shop and Tasting Room, a modern beer shop/art gallery/community center located in Little Italy (they are set to open a second location in North Park in 2013), seemed to encapsulate this excitement most of all. The shop carries an extensive supply of beers from around the world that you can buy to sample right there at their communal tasting tables or to take home. We noted that they encourage you to hang around for a while. You can bring take-out food in with you to eat and there are lots of outlets if you want to surf your computer while you’re sampling your beers. They provide board games for you to play, which gives the feel of hanging around a cozy, home kitchen table. And like almost everywhere in San Diego, it was dog-friendly and you can bring your pooch in to hang out with you while you’re enjoying the beers.

Bottlecraft also has a tasting bar where they serve rotating samples of local and world beers. When we were there, they were just finishing up a Lagunitas/Anchor Steam beer tasting–local, Northern California beers that we know and love. But the bartender told us that he was about to be changing over the tasting so if we’d wait for the beers to chill we could sample a flight of beers from Shmaltz Brewing Company, another northern California beer that we’d seen but had never tried. 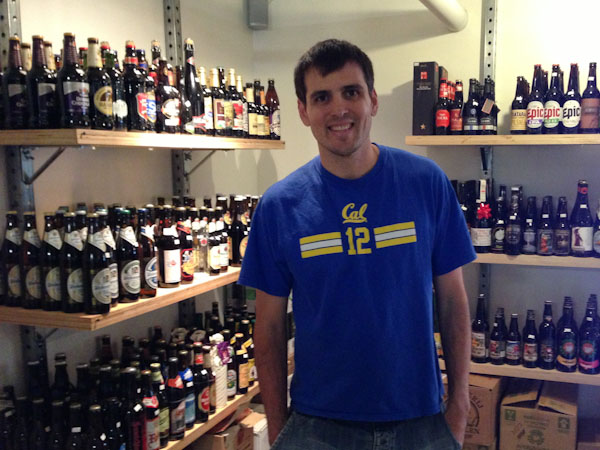 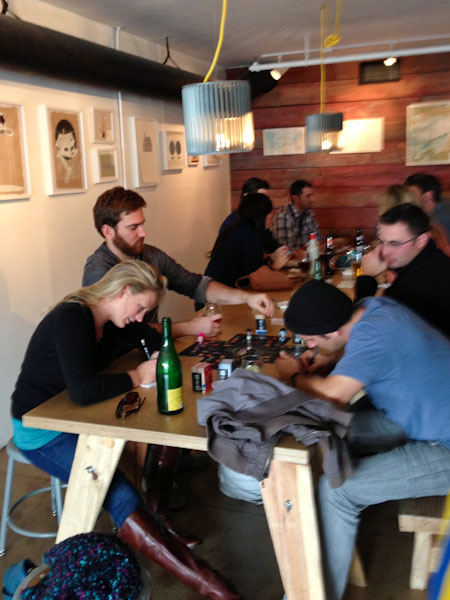 In addition to these offerings, the restaurants in town are phenomenal and offer beer lists that surpass many bars. Unfortunately, by the time we ate each meal we were so tapped out from beer tasting that we just ordered iced tea. But the local artisan and vegetarian food options (like at North Park’s Ritual Tavern) were an amazing, hearty, and healthy way to complement the good beer. 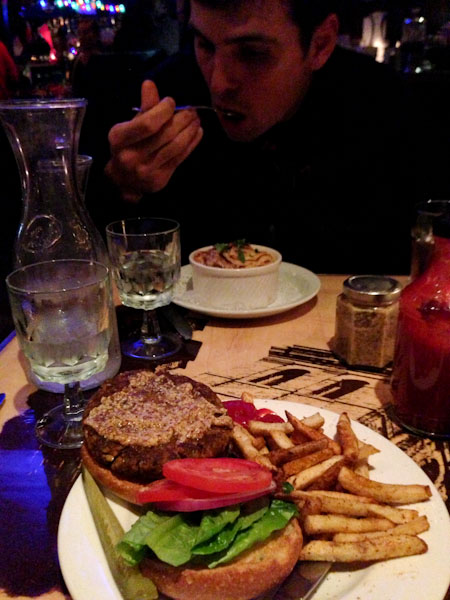 Ritual Tavern is one of many restaurants in town featuring local-artisan foods and an extensive beer menu. I loved the all-homemade condiments.

In all, San Diego was much more urban and eclectic than we expected and in our long weekend trip we were able to visit just a few of the breweries we wanted to try. We look forward exploring the city again very soon.

To read more about Ritual Tavern, find it on Urbanspoon:

Have you ever been to San Diego? What’s your favorite craft beer destination?

« Happy 1st Birthday, Ever In Transit!
Kevin Built a Kegerator »