It was really cold and really quiet as we trudged through the darkness just before sunrise. As I scanned the area with my flashlight, I saw bulging, white rock formations dotting the grassy field. The increasingly rocky trail ended at a large, still lake.  Masses of jagged limestone pierced the horizon, reflected in the water. 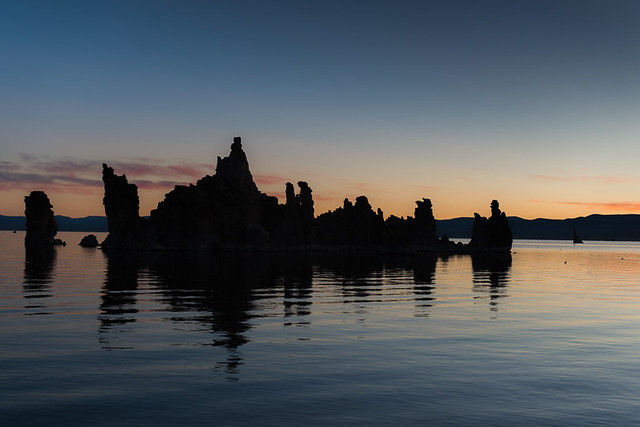 Mono Lake is an ancient saline lake located in rural Central California, only a few miles from the Nevada border. The lake is known for its oddly shaped “tufa towers,” white, calcium-carbonate structures formed through the interaction of freshwater springs and alkaline lake water. The strange landscape of Mono Lake at sunrise was primeval; walking among the tufas made me feel I was on another planet. 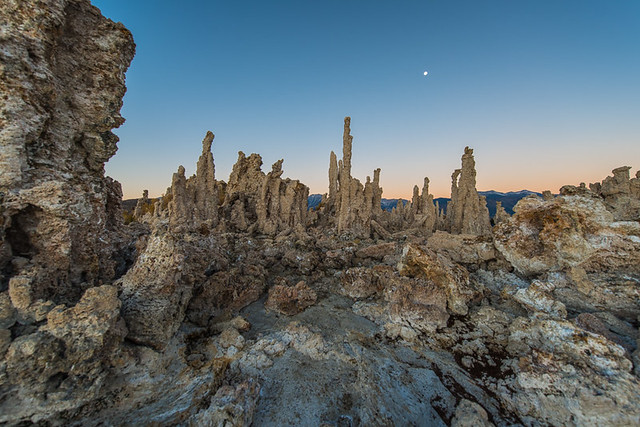 The early morning outing was organized by Michael Frye, a photographer known for his photos of Yosemite and the Eastern Sierras. Kevin’s mom invited me to join her at his landscape photography workshop, and I jumped at the chance to get out into the Sierras and learn from this local expert. I’d photographed Mono Lake before and was eager to return and try some different shots. 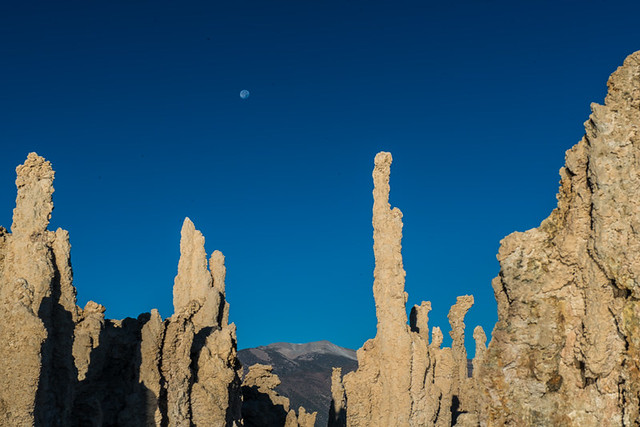 In 1941, the City of Los Angeles started diverting water from the lake’s tributaries and pumped it 350 miles south to meet the growing city’s water demand. The loss of water in following decades cut the volume of the lake in half, increased the salinity and severely disrupted the aquatic ecosystem. Local environmentalists won a lawsuit against the city and now city staff are now working to replenish the water level. One day soon, the tufas will again be submerged by the rising water — good for the fragile ecosystem, but unfortunate for anyone who misses this chance to take a walk through another world.

More photos of Mono Lake and the tufa towers at sunrise: 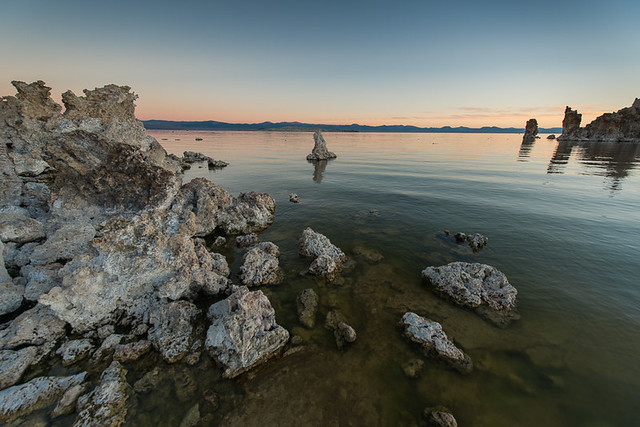 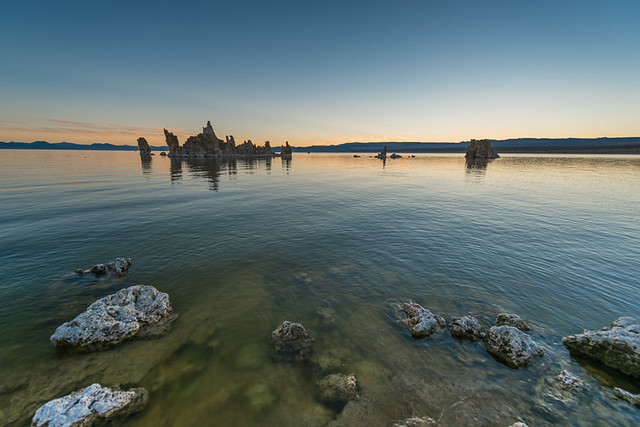 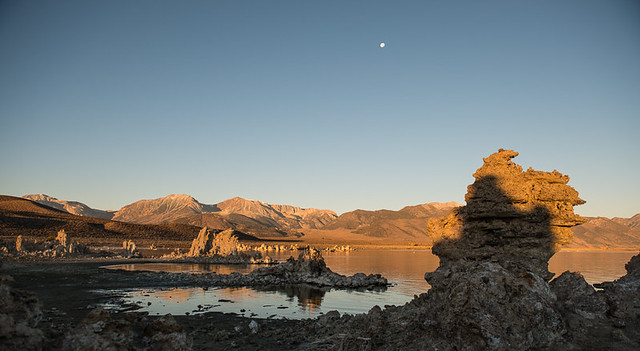 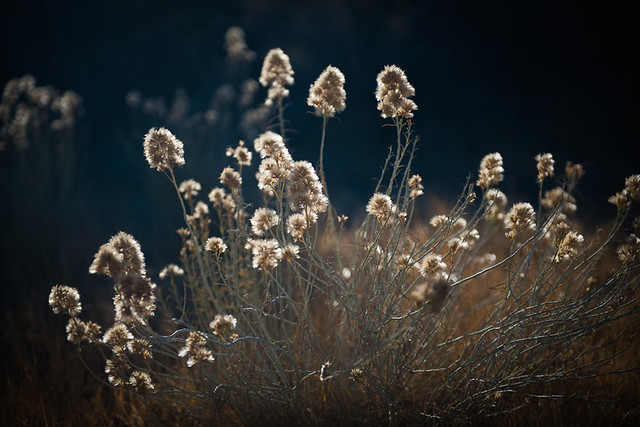 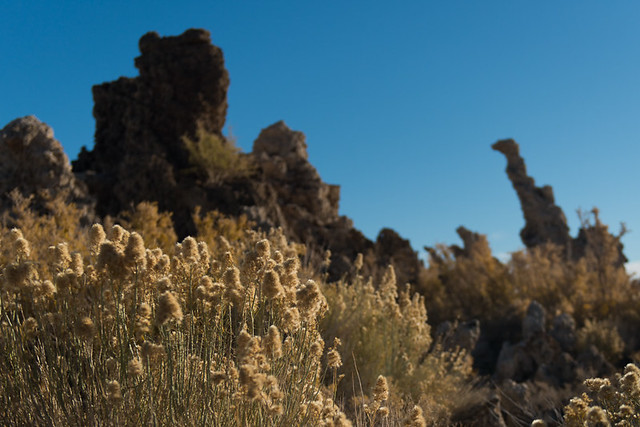