You are here: Home / Food + Drink / The First (And Last) Time I Get To Plan a Dinner Party at Rocio’s House
Share8
Tweet8
Pin10
26 Shares

It started so innocently.

A few months ago, I went to a concert with my friends, Rocio and Caesar. At the show, we met up with a mutual friend, Homer. Homer is originally from Peru and I hadn’t seen him since we got back from our trip there last spring. The two of us spent the evening going on and on about our love of Peruvian cuisine when it occurred to me that I should have him teach me his recipes. And while we’re at it, we should use it as an opportunity to get together at Rocio and Caesar’s new place, which Homer hadn’t yet visited. (Also, their kitchen is awesome.)

So I planned this simple little gathering at my friend’s house.

As we started to talk more about it, we all started to invite other friends. All our friends are travelers and food-lovers and we didn’t want to leave anyone out. When we got to 15 confirmed we realized we had to stop inviting people.

For a few weeks prior, we went back and forth over the recipes and import shopping list for our Peruvian dinner party, via Facebook, email, and a shared Google doc. We settled on 4 dishes (red snapper cebiche, causa limeña, papas a la huancaína, and rotisserie chicken–from Costco, even), 1 snack (canchitas), and 2 drinks (pisco sours and chicha morada). Sounds easy, right?

We all met that day at about 1 pm to start getting things ready for 5:30 dinner. When we started, we were all pretty relaxed. Rocio’s kitchen was spotless with abundant shiny, clean kitchen counter space. Her loft-style apartment was open, airy, and gorgeous.

Soon enough, things got crazy. The counters filled up with food and we realized the recipes we had chosen were more laborious than we expected, even with five people working. 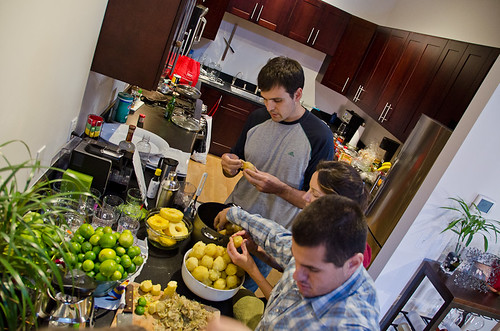 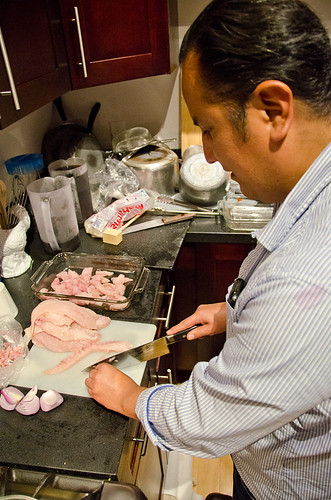 Within an hour, every single pot and bowl we had was in use. 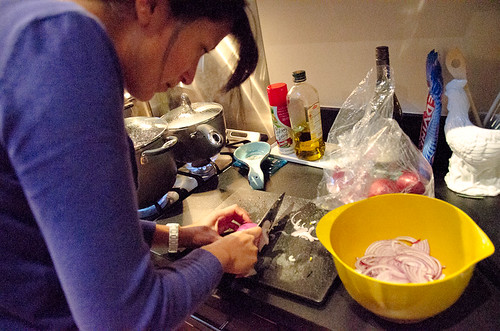 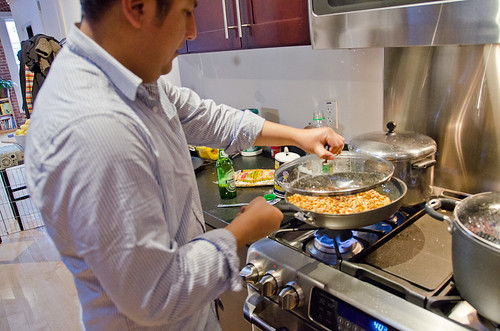 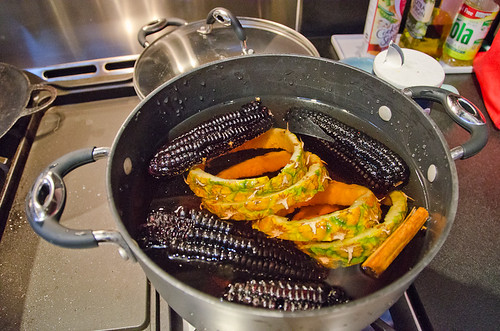 I was getting carpal tunnel syndrome from finely, shredding the chicken… 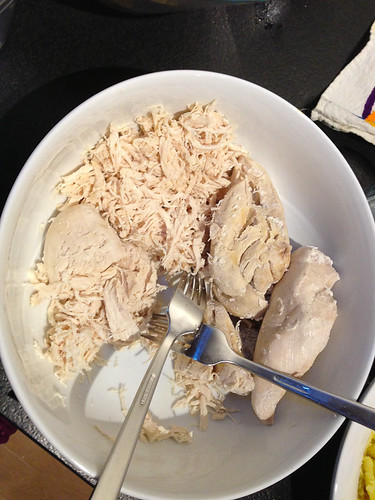 And from hand-peeling these boiled potatoes. This was half of them. 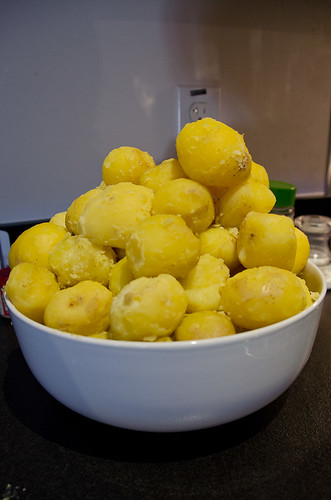 Then we realized we had bought the wrong limes. According to Homer’s recipe for pisco sours, it’s very important that you use full-size limes, not the small, Mexican key limes that we had stocked up on. So there was a time out when he ran out and bought–get this–120 limes!

When they got back and we realized how little juice we were getting out of them (by hand-squeezing them half way to ensure there is no bitterness), Homer made a call to another friend to ask him to bring more limes.

We were busy little bees for several hours straight. 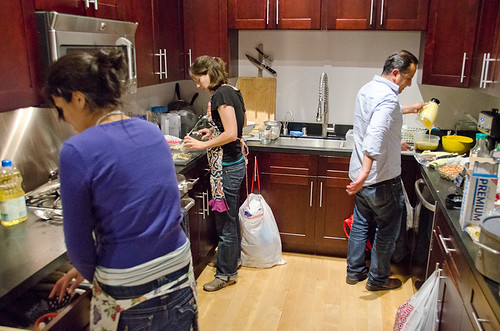 When guests started to arrive, things got even more hectic. For a minute I thought Rocio might snap… 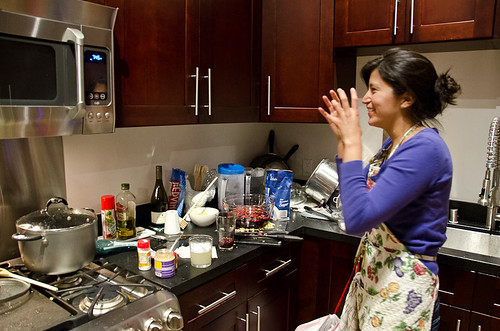 And then she kind of did–but she’s cute when crazy, isn’t she? 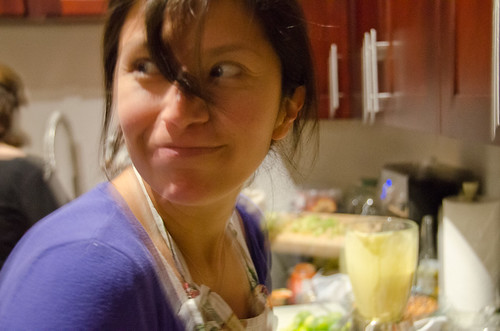 My dog, Posey, started barking at the arriving guests invading her turf, so she got sent out to the car for the remainder of the night. Bailey, on the other hand, was a little angel. 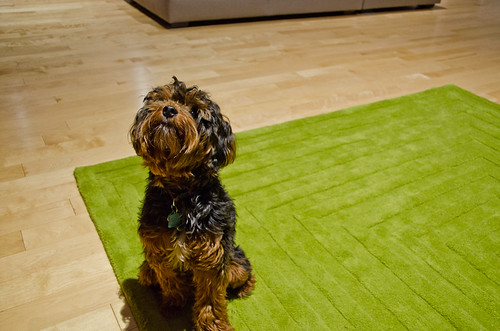 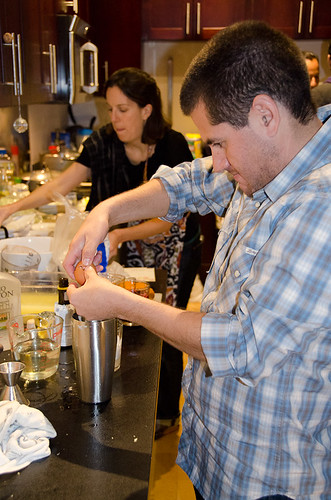 But they still wound up on the couch watching sports. 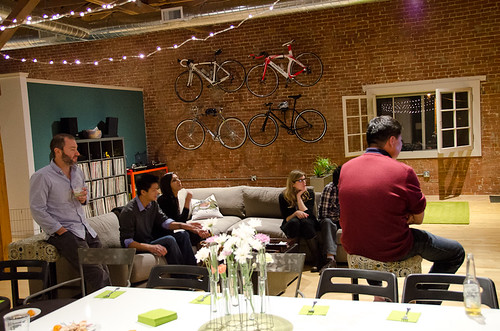 FINALLY, we put together one causa limena and it looked really good! 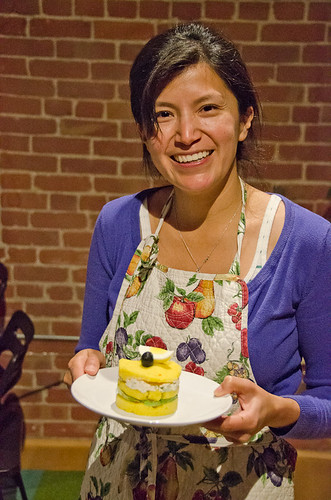 We had too many cooks in the kitchen. 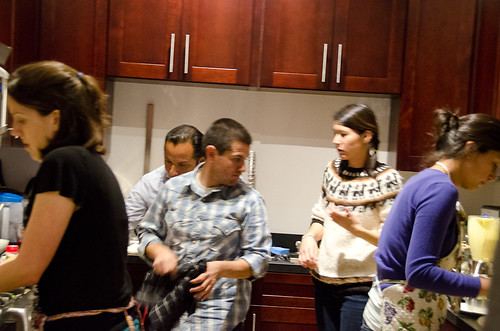 And every surface of Rocio’s spotless kitchen was now covered in lime juice and mashed potatoes.

But despite all this, people were happy and having fun. 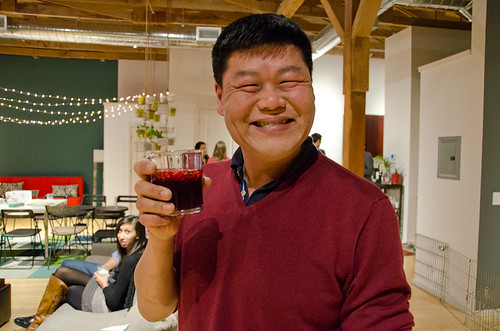 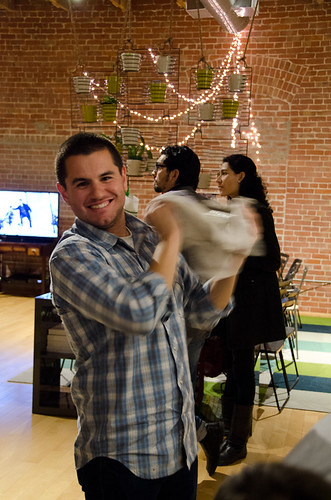 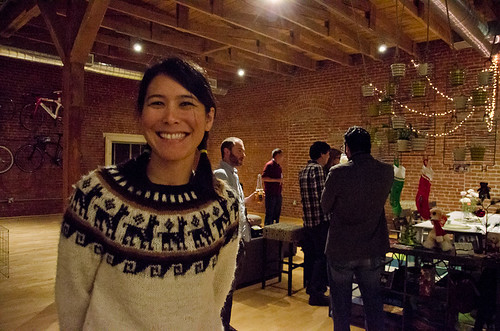 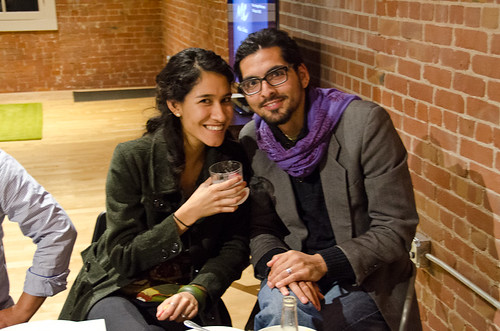 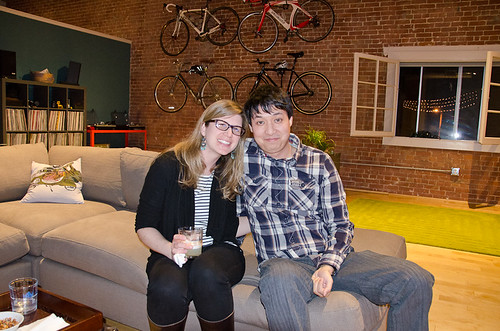 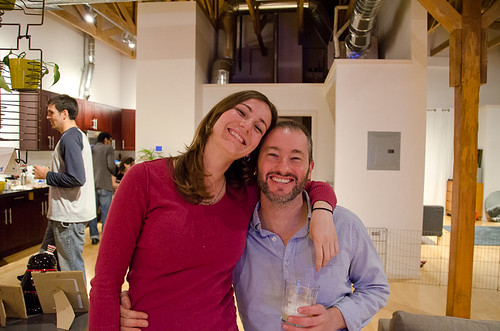 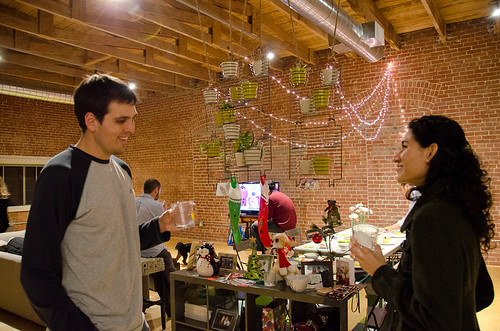 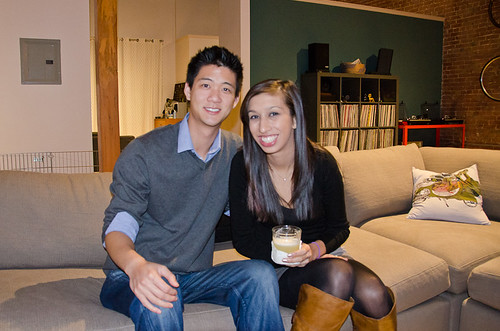 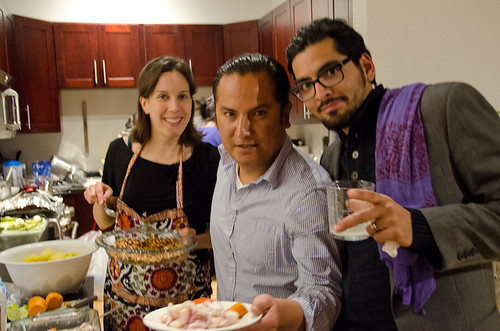 In the end, it turned out kind of awesome. 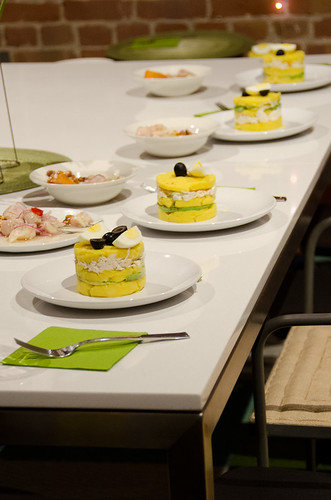 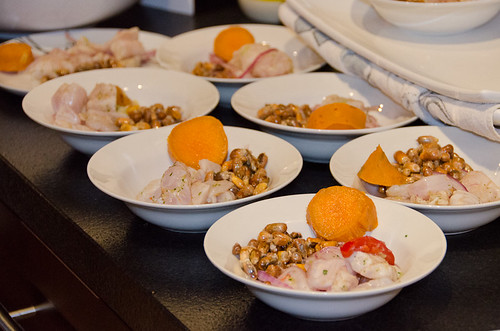 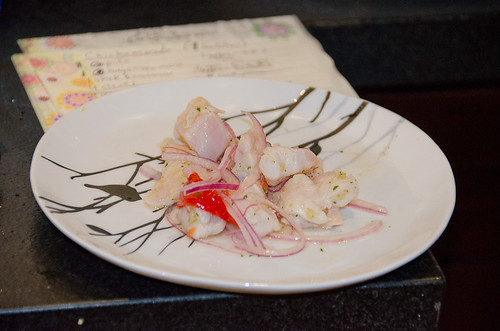 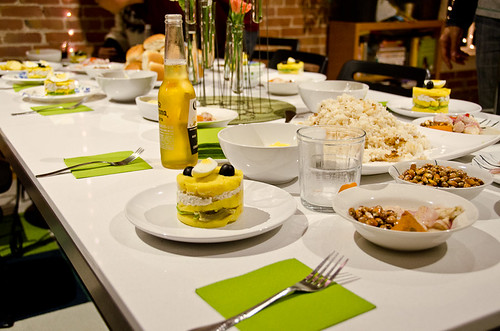 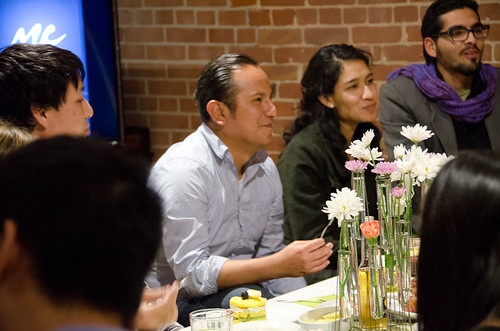 Under Homer’s culinary guidance, the food was amazing, and it was a great group of people. I think I’m safe saying that everyone had a wonderful time.

But nevertheless, I think that was the last dinner party I get to plan at Rocio’s house!

Have your own story of dinner party chaos? Or tips for making things easier? Please share them in the comments.

Share8
Tweet8
Pin10
26 Shares
« In Cold Blood: Galapagos Marine Iguanas
On the Death of the Dream (and Why I’m Totally Okay With It) »